Hold the third page, Dapprman has actually changed the pens in his daily carry!!  This has partly come off the back of the purchase of a number of second hand pens, all of which have made the main six (well seven if you include the Pelikan Duo highlighter).  Thing is it could change again within just a few weeks as the Spring London Pen Show is in just eight days time, and while I’ve nothing specific I’m looking for (maybe a Platinum Curidas or a Sailor Realo), I suffer from my ‘ooh shiny’ weakness moments.

So what are the changes, the first in four months?  Now the pens on my journals are the same, and I do not see them changing any time soon (though a Platinum Curidas may make an interesting alternative to the VP presently being in use). 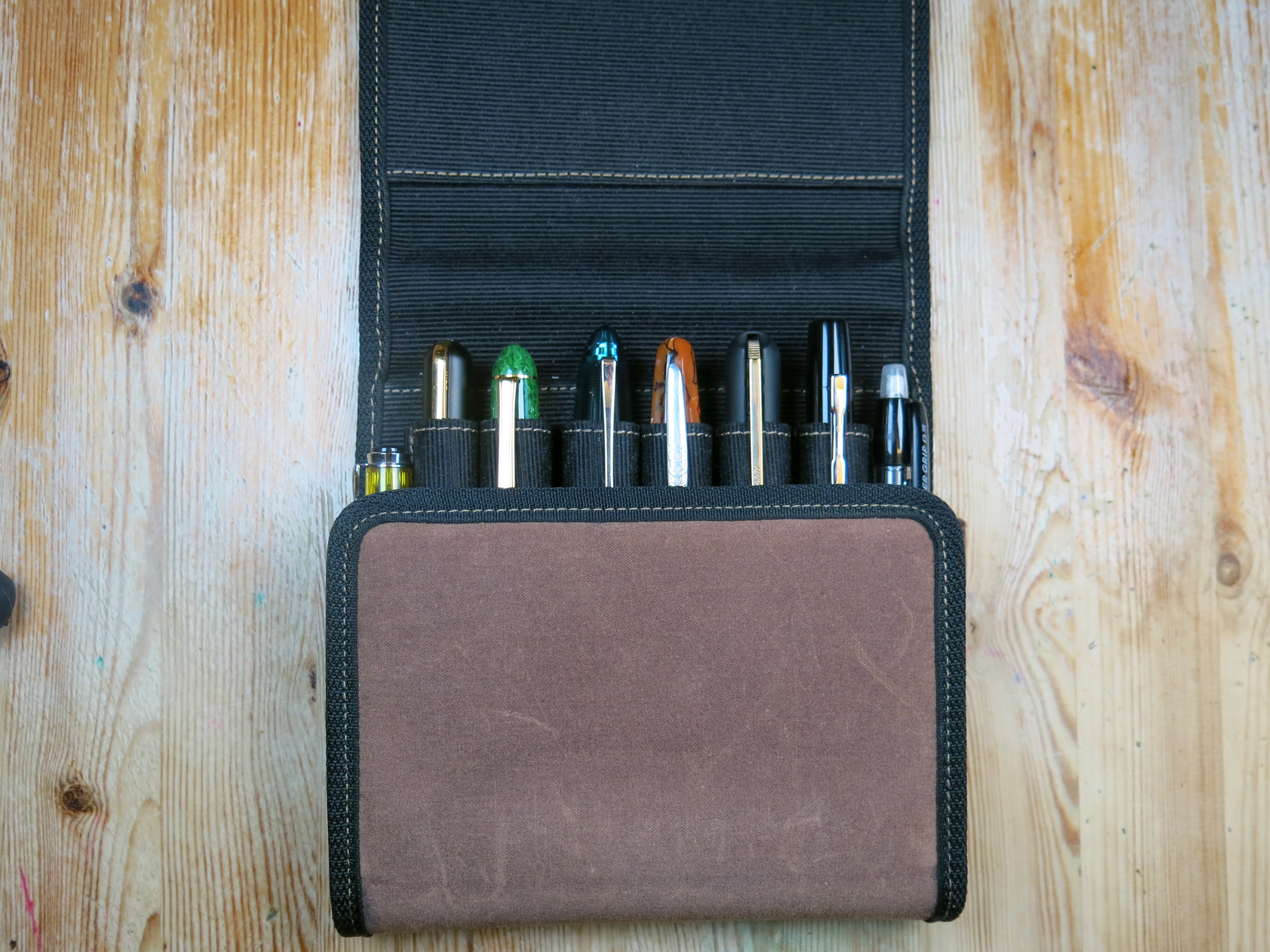 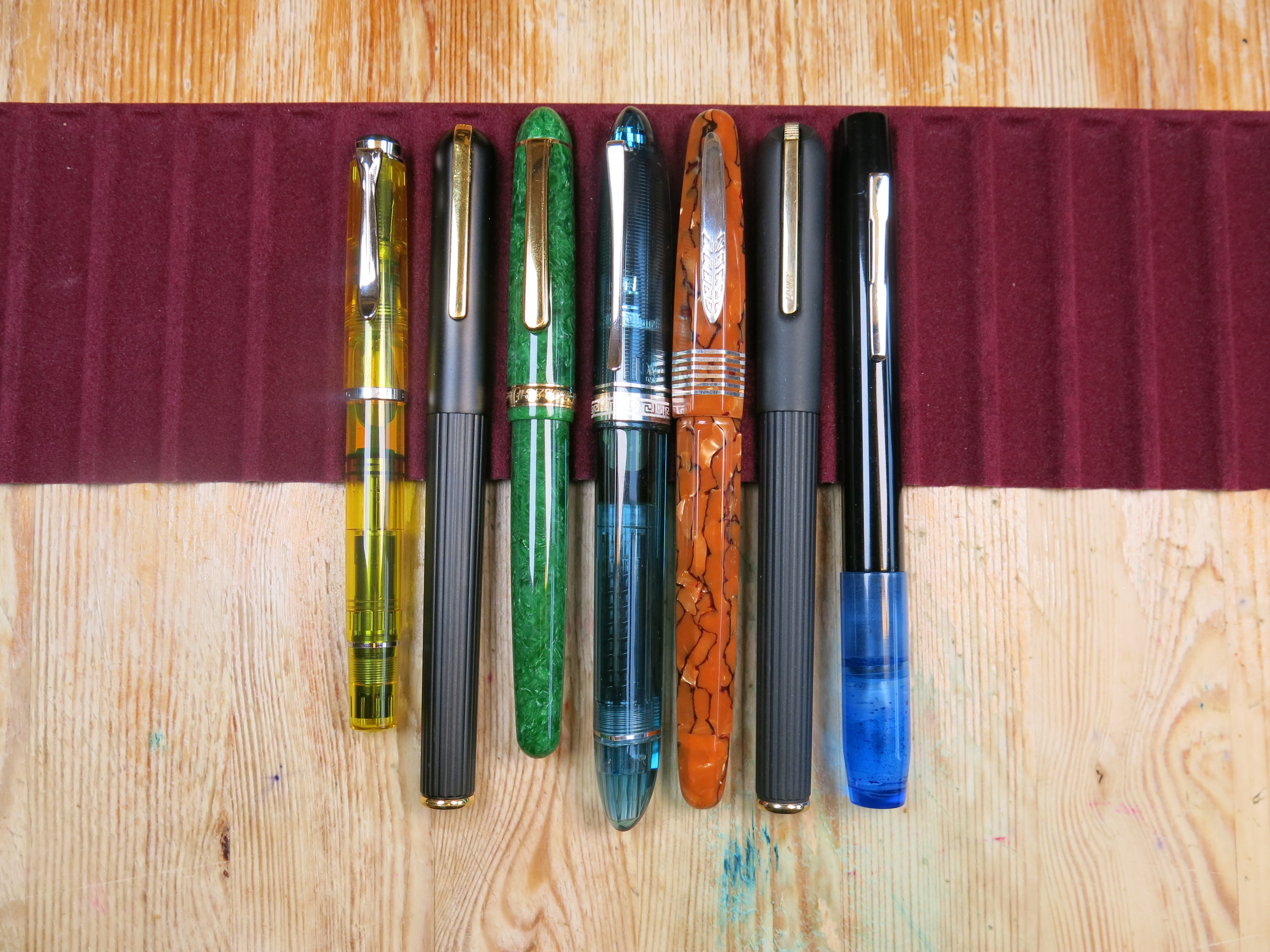 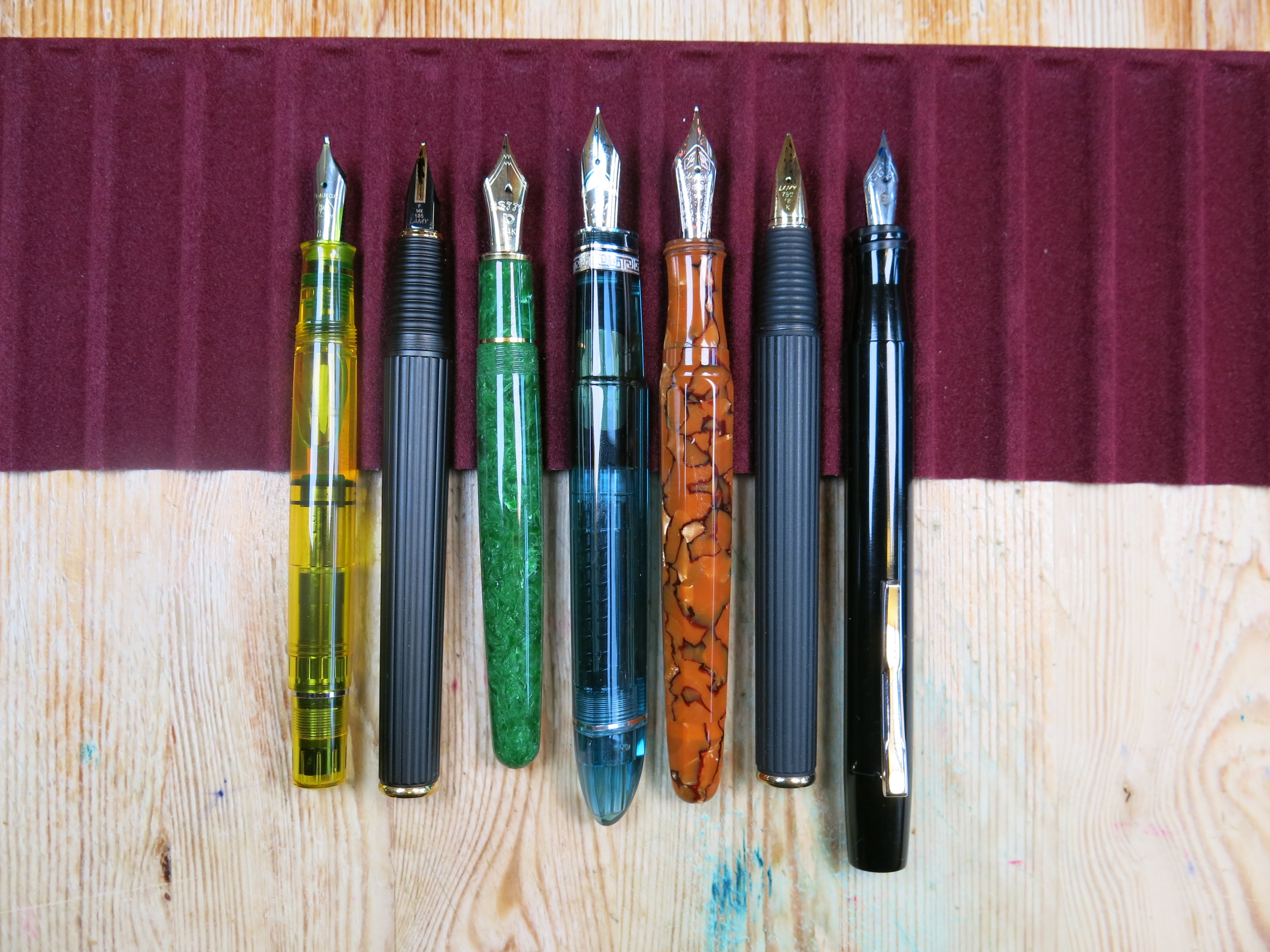 I’ll be honest, some of the pens previously in the case I thought would be there for the long term.  Unchanged from last time (with positions left to right): 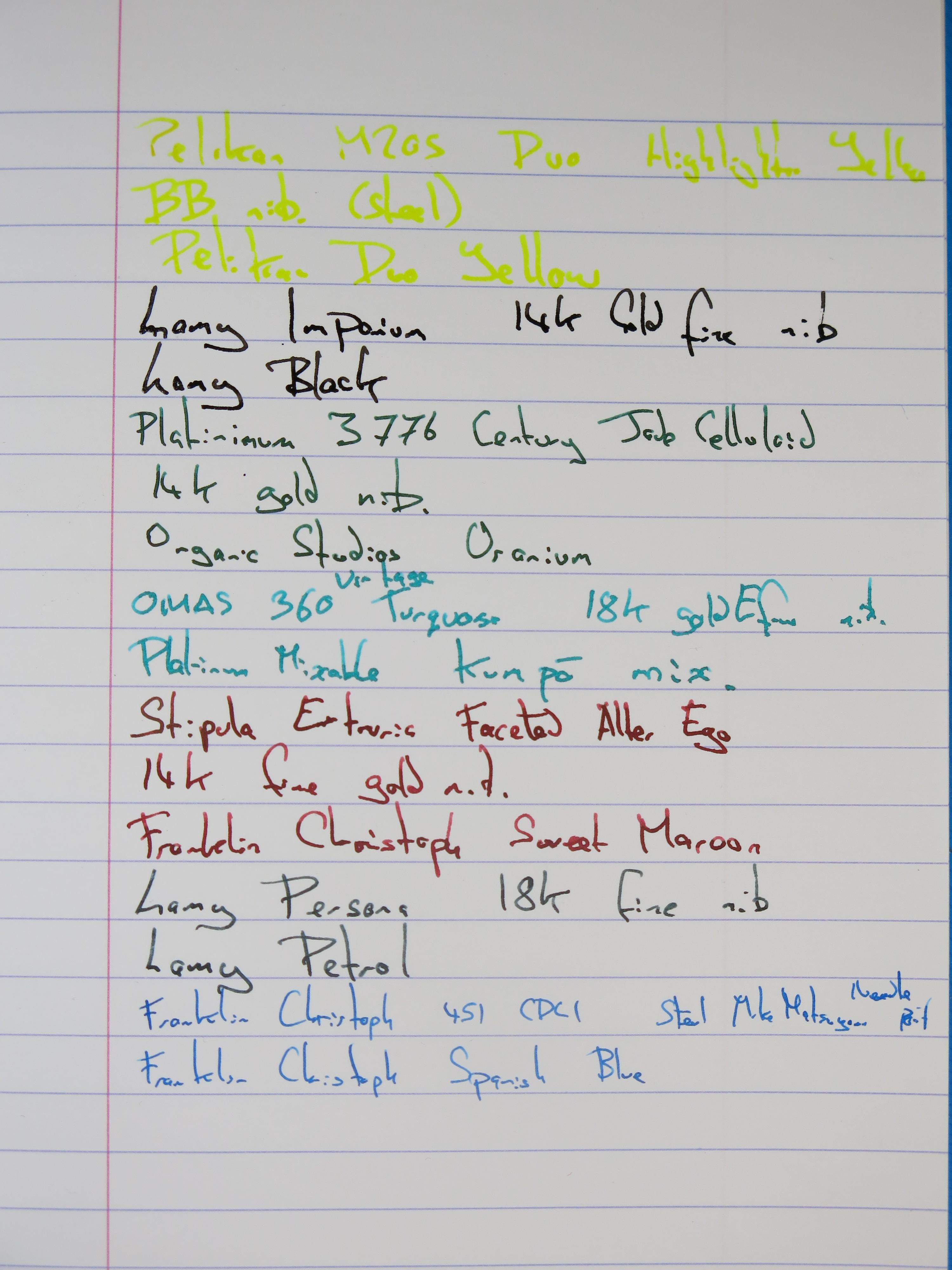 So some big changes.  One of the new comers should be long term workhorse, where as the others are in as they are new to me and may be out again within a month or two.