British Made, british pens, English, fountain pen, Made in England

I first came across Rob van Nigtevecht and Powerful Signature on a UK based Facebook fountain pen group, where he posted pictures of pens he was making in various stages of creation and assembly.  In early 2018 he produced a dark blue pen with appropriate roundels on both finials to help celebrate the centenary of the RAF.  This attracted my attention and stirred me on to look at his website.  I think by then both RAF pens may already have been sold, but he also had a Marine edition, made from Conway Stewart rods which caught my eye and the rest, as they say, was history.

At present Rob only sells through his website and at the Newcastle Pen Show, which is near where he’s based.  A Dutch man living in County Durham with a Geordie wife, he’s been producing pens now since 2017 as a return to his engineering roots (he actually works in IT) and as a new career direction.  His pens range in price from £75 to just shy of £300, depending on the material and the amount of work required.  The brass (and other material) rings and disks on this pen are all cut by him.  Normally he makes batches, which are then sold on his website, but he will also can make to order.  One word of note, he leaves sold out editions on his website as reference and examples of his work, but it can make searching through the available stock a little slow.   Rob also produces a series of pen blocks and pen tubes.  When I bought my pen he had an offer on of a resin carbon mesh tube as a free extra.

The pen itself is the Marine #2 and mine is number 2 of 2 (his batches are small).  It’s a ‘bamboo’ straight design which is fatter and longer than it looks in his photos.  There are seven brass rings round it, five in the barrel in two groups and two in the cap, almost (and probably by design) like rank rings on a naval uniform.  The cap unscrews in two and a quarter turns to reveal a step down to the threads, a short straight stretch, then a gentle slope down where the section meets the barrel, till about half a centimetre from there end, where there is another brass ring.  The step has been rounded slightly, so while you can feel it when moving your finger backwards along the step, it does not feel sharp or uncomfortable in the hand.  The threads, again, are soft and I actually find my thumb rests against them.  The brass rings add weight, but the balance is still roughly in the middle (where the triple rings are) and the writing experience is pleasurable.  Note this pen can not be posted. 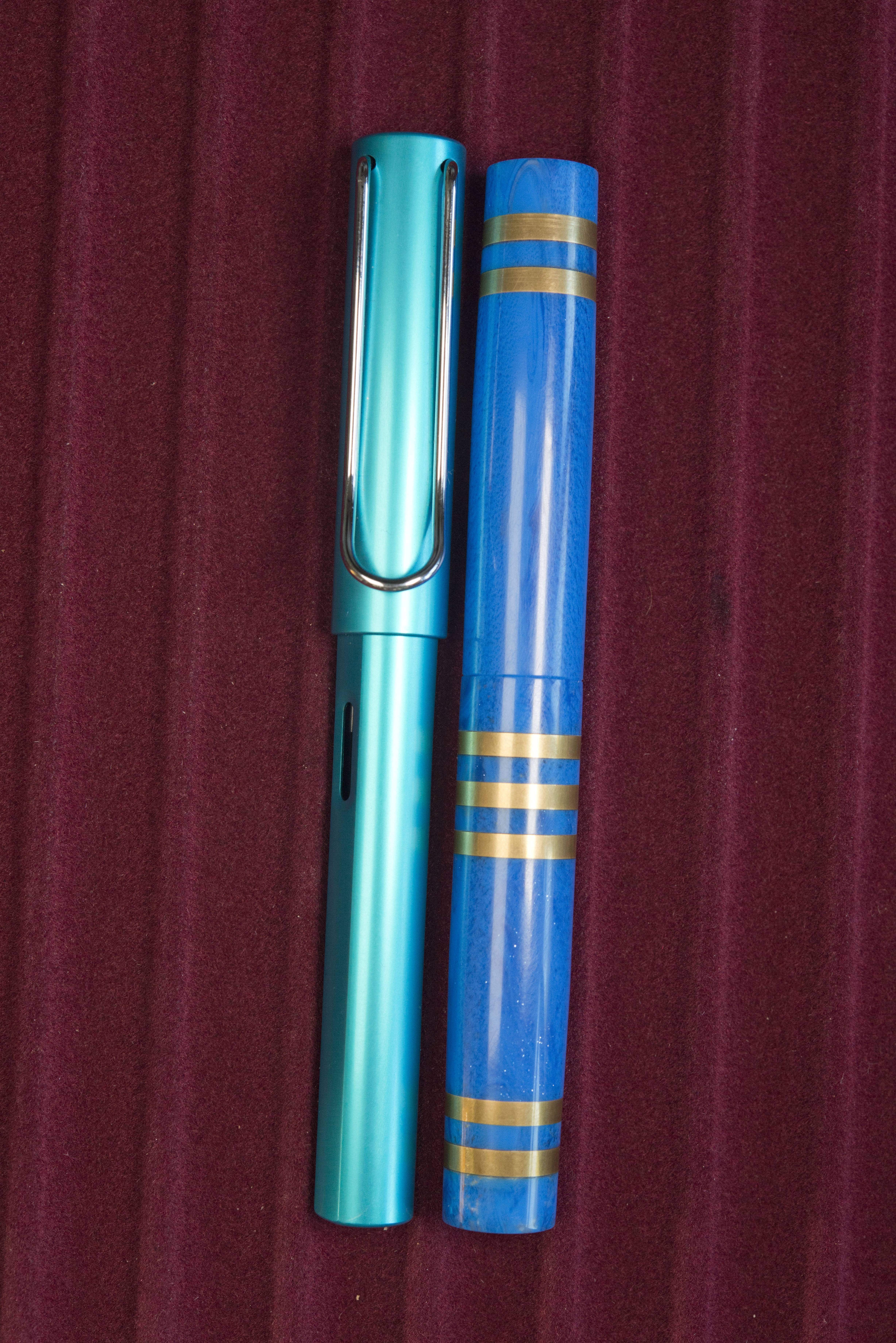 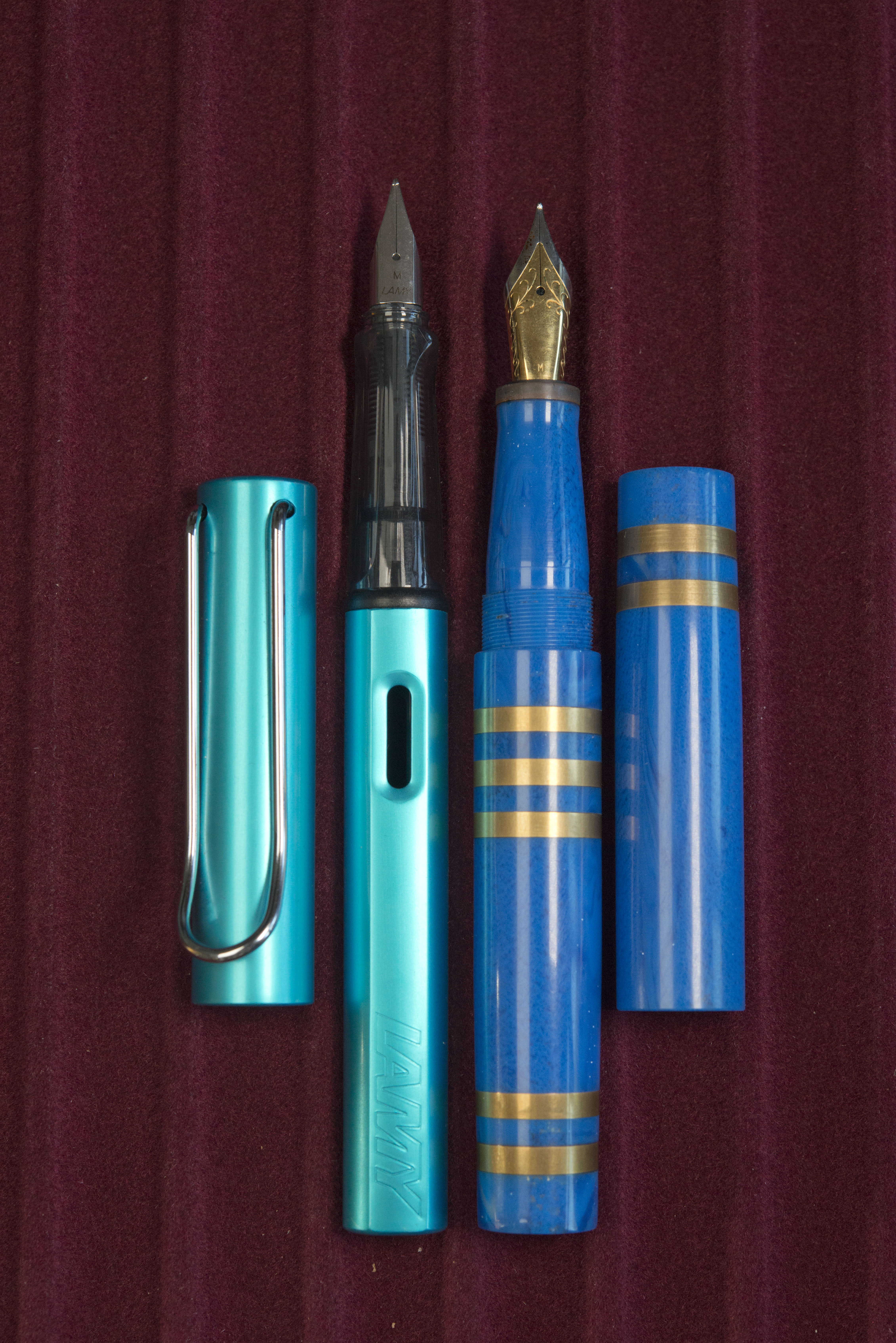 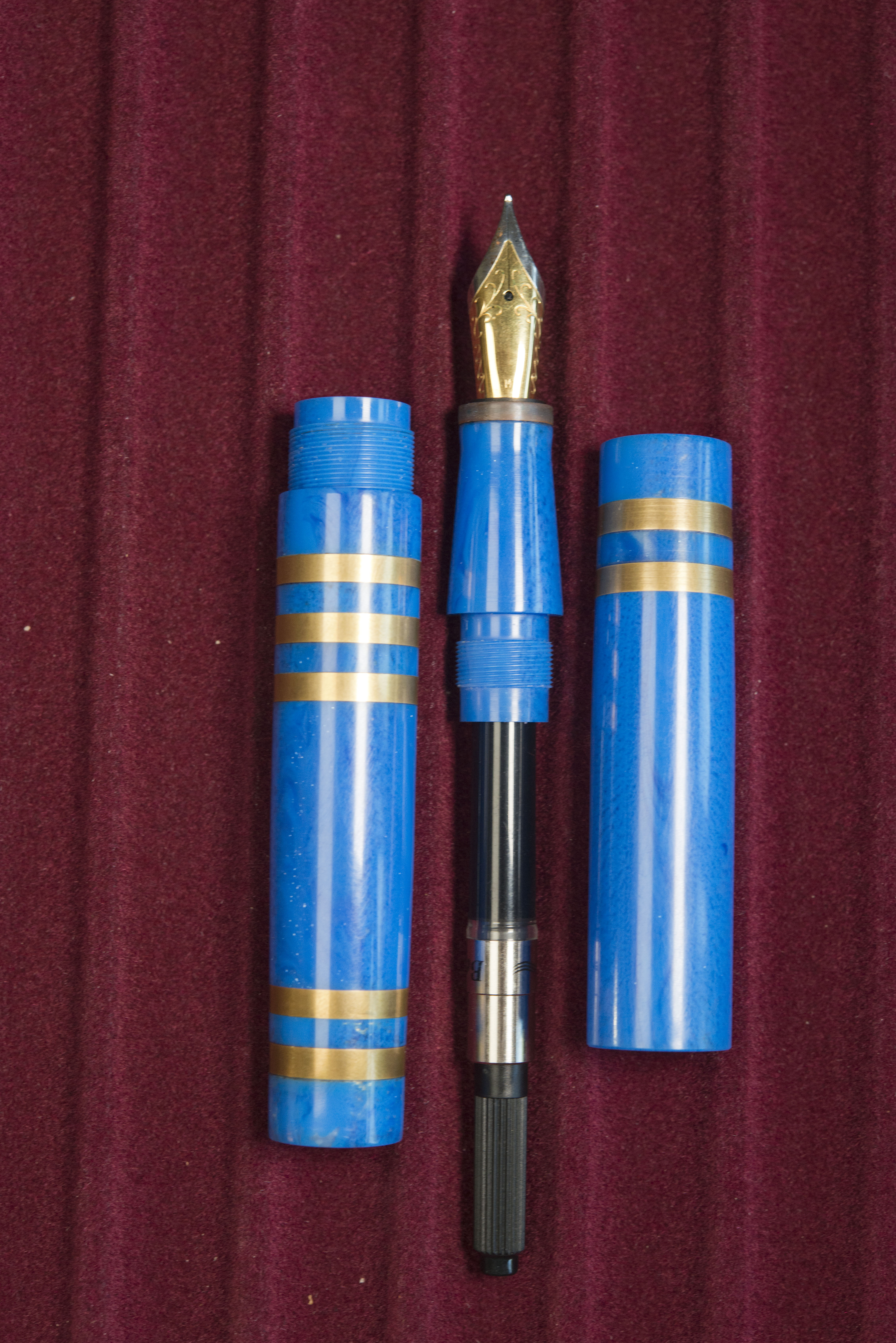 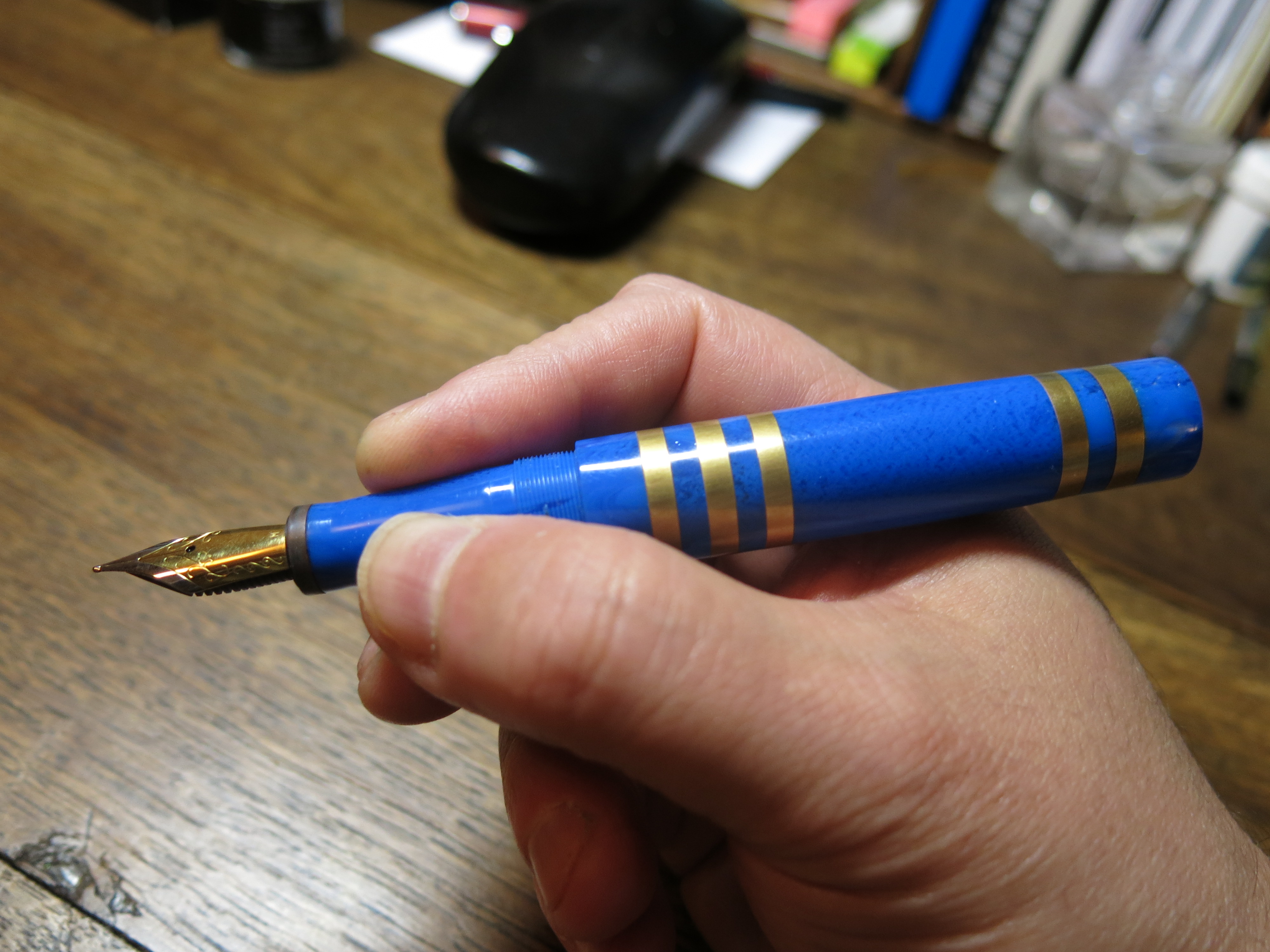 The material used is from Conway Stewart and, as well as dark streaks, has a sparkle/glitter in it (which does not seem to come through on the photos).  At the opening to the cap it is thin enough for light to shine through.  This does not mean that it’s a weak point, but it was probably necessitated by the pen design being a straight, smooth, rod when capped.  The tolerances are extremely good and show that great care to attention of detail was taken when making this pen.   In addition to the brass rings, there are also brass disks on each finial. These sit in the tops rather than being surface mounted. The nib is an unbranded steel JoWo medium, with other sizes available and also a gold option at additional cost.  It felt tuned out of the box, again showing Rob’s desire to produce a quality product (and dare I suggest a possible level of OCD – all to our benefit). 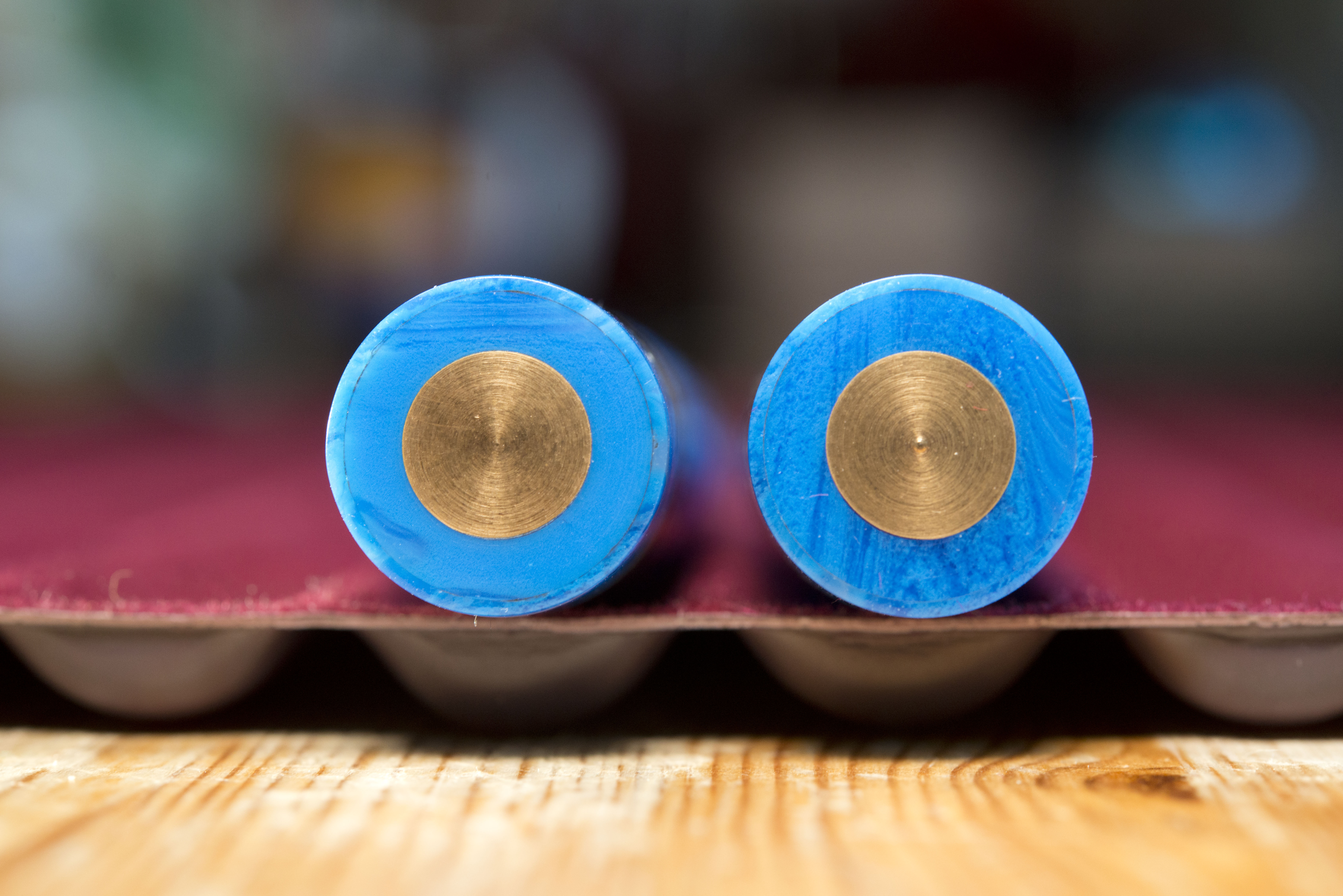 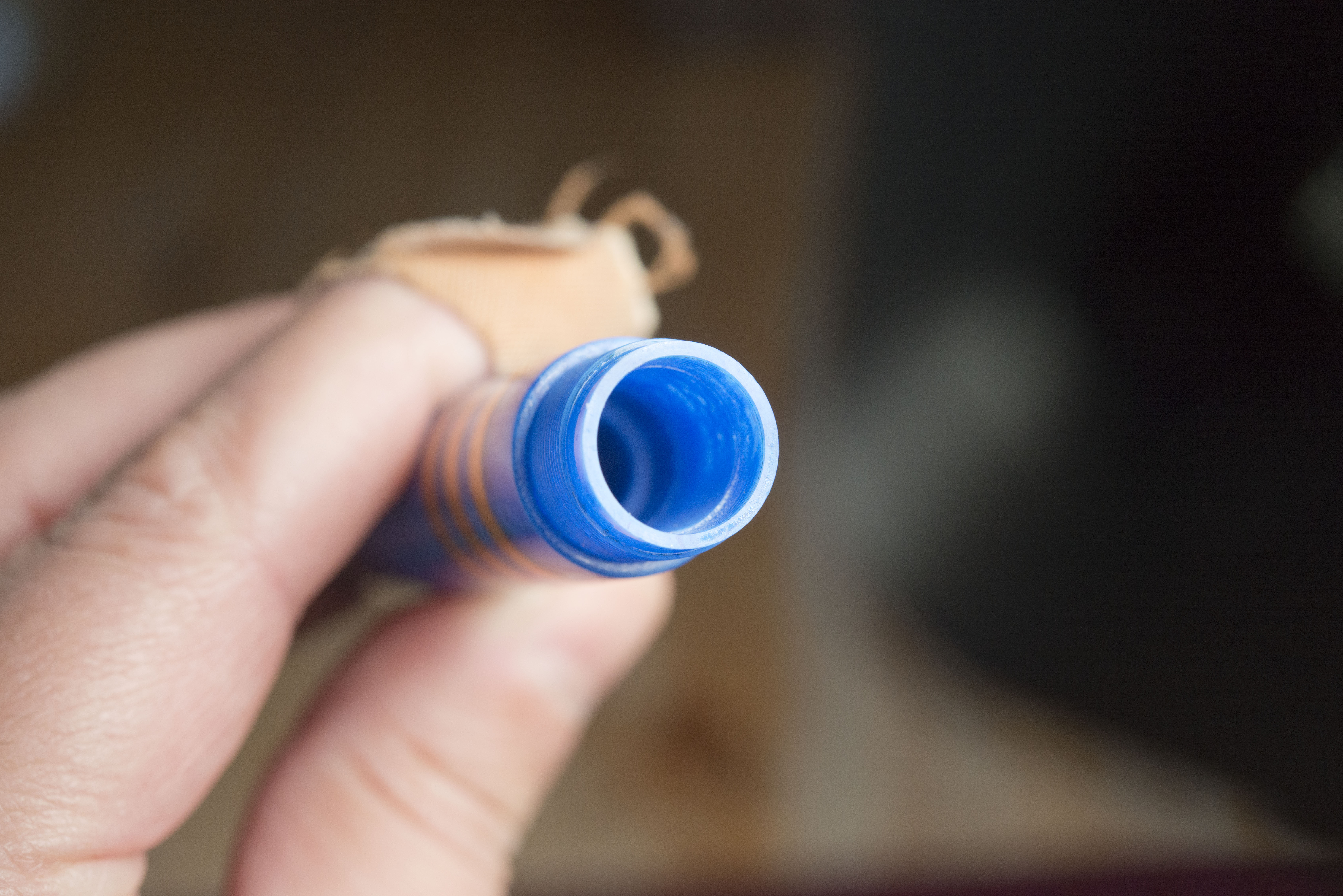 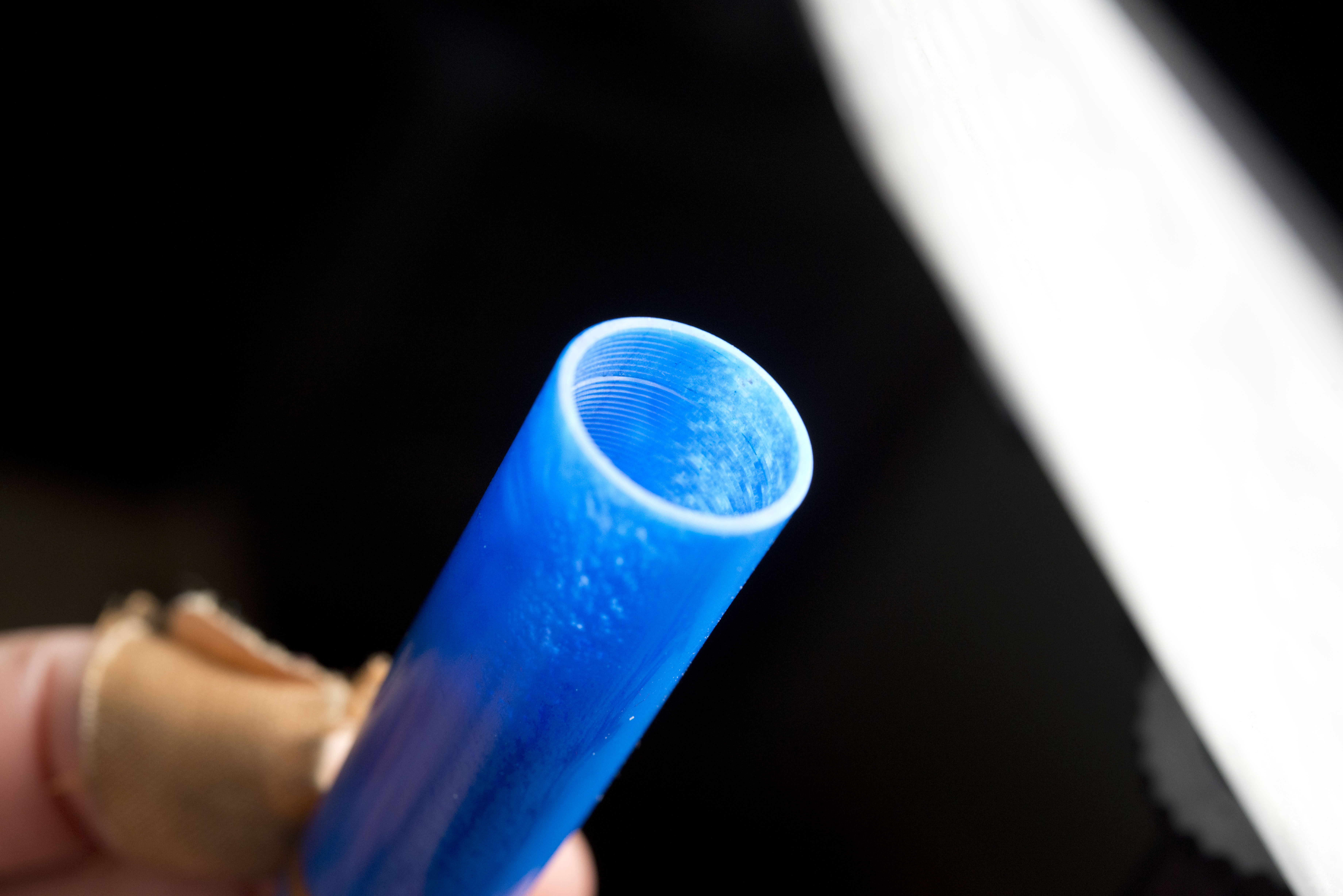 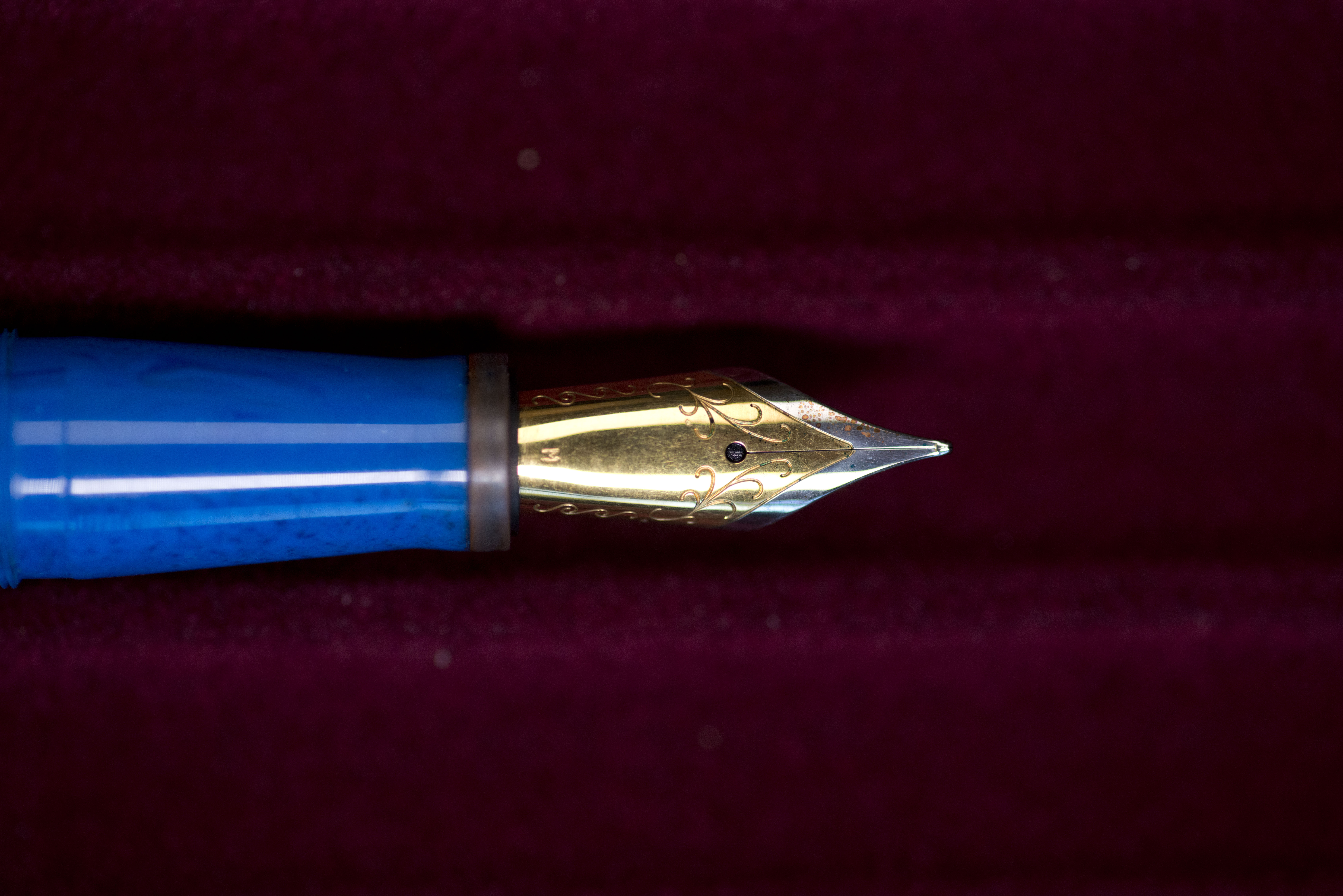 The pen comes with an international standard cartridge converter with Beaufort branding.  It looks like a Schmidt K5 and fits very securely.  The brass finials sit all the way through the cap and end barrel so this pen can not be used as an eye dropper.  Packaging wise I can’t actually remember what sort of box it came in as this was just for postal delivery.  The pen itself came in a sleeve inside the pen tube.  This itself was inside a zippered plastic envelope, along with guaranty, documentation, and a card for keeping track of past owners.  Rob has obviously been involved with pens as a user long enough to know we do sell/pass on surplus pens and so has provided a mechanism for owners to know its past history (almost like UK car history). 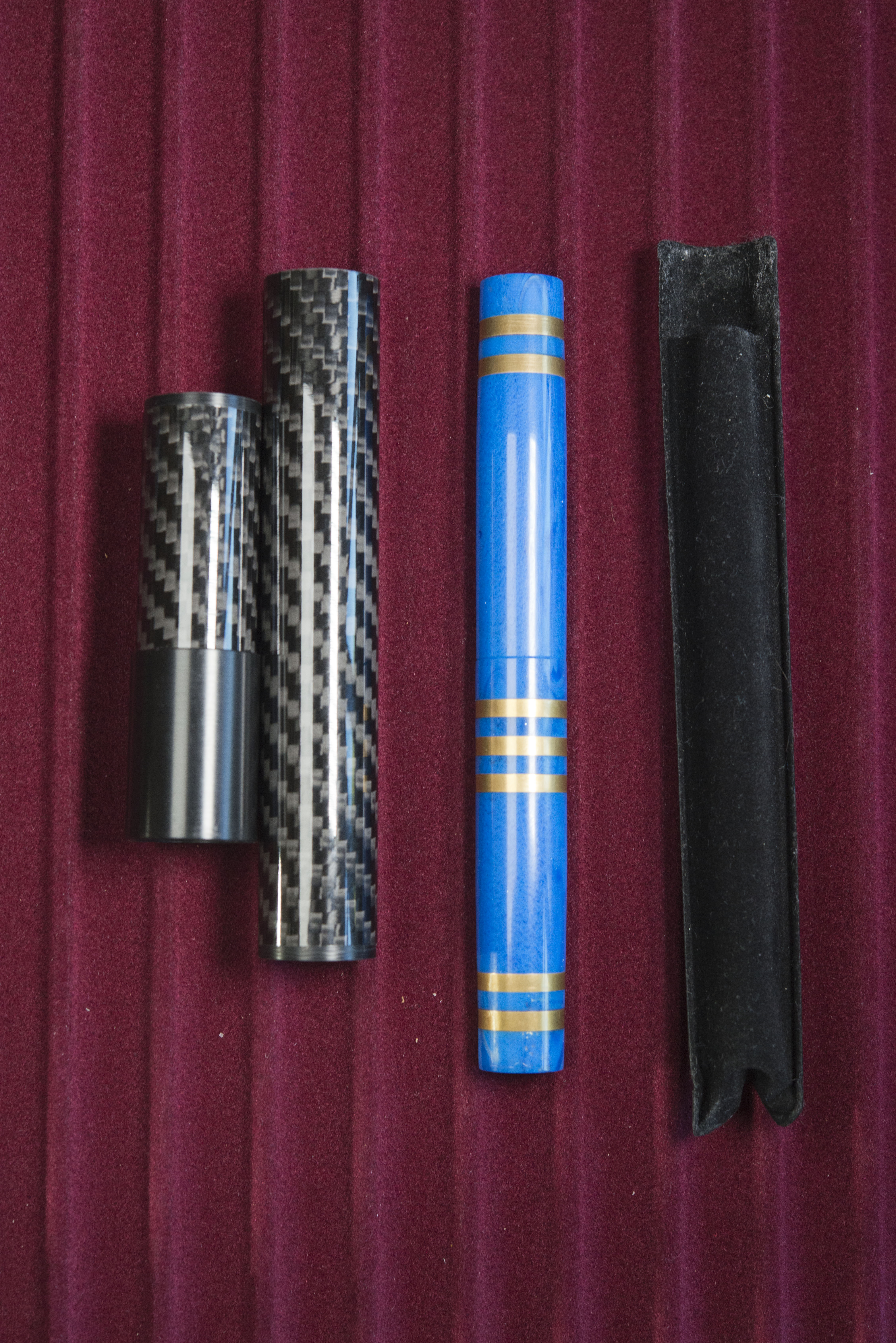 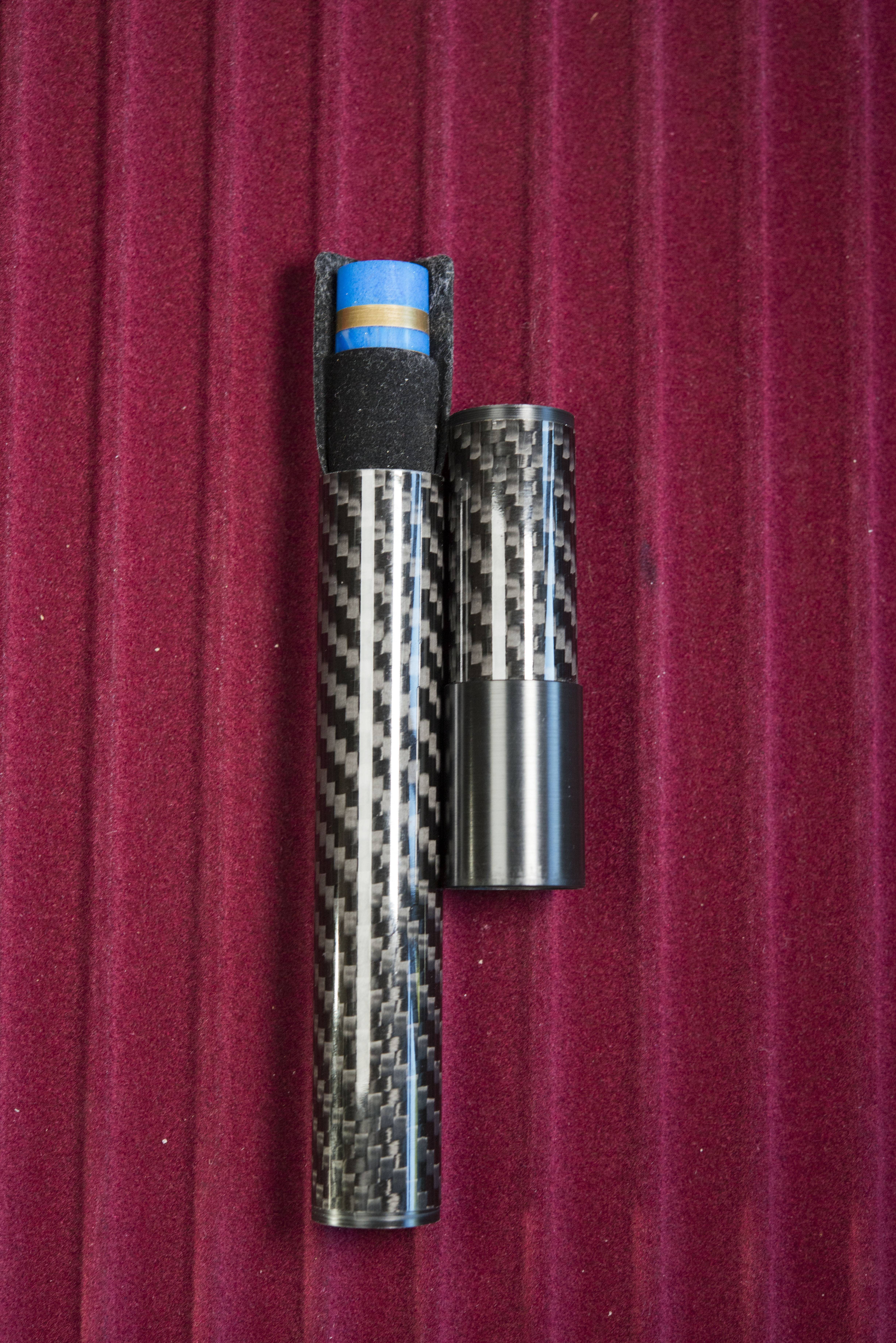 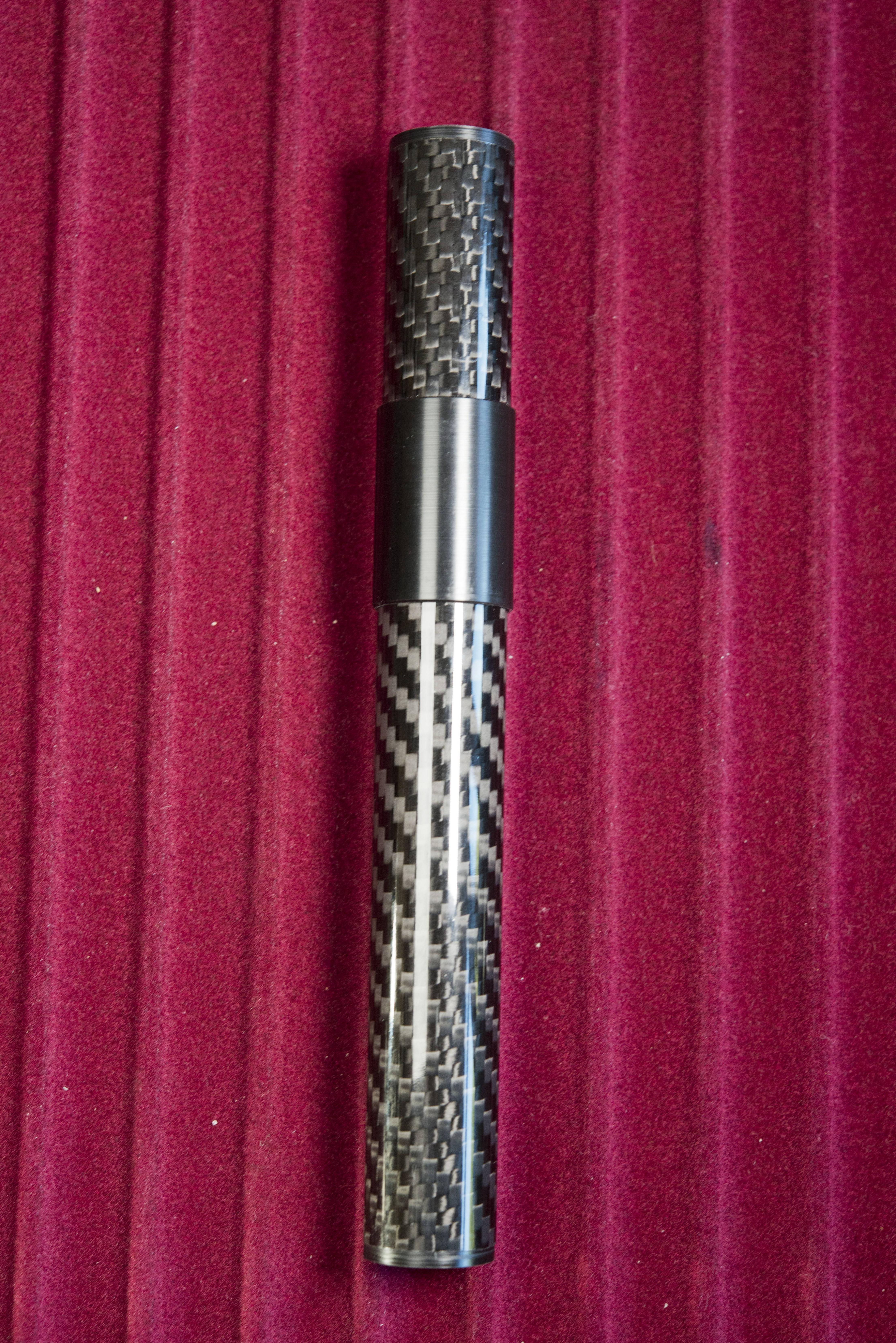 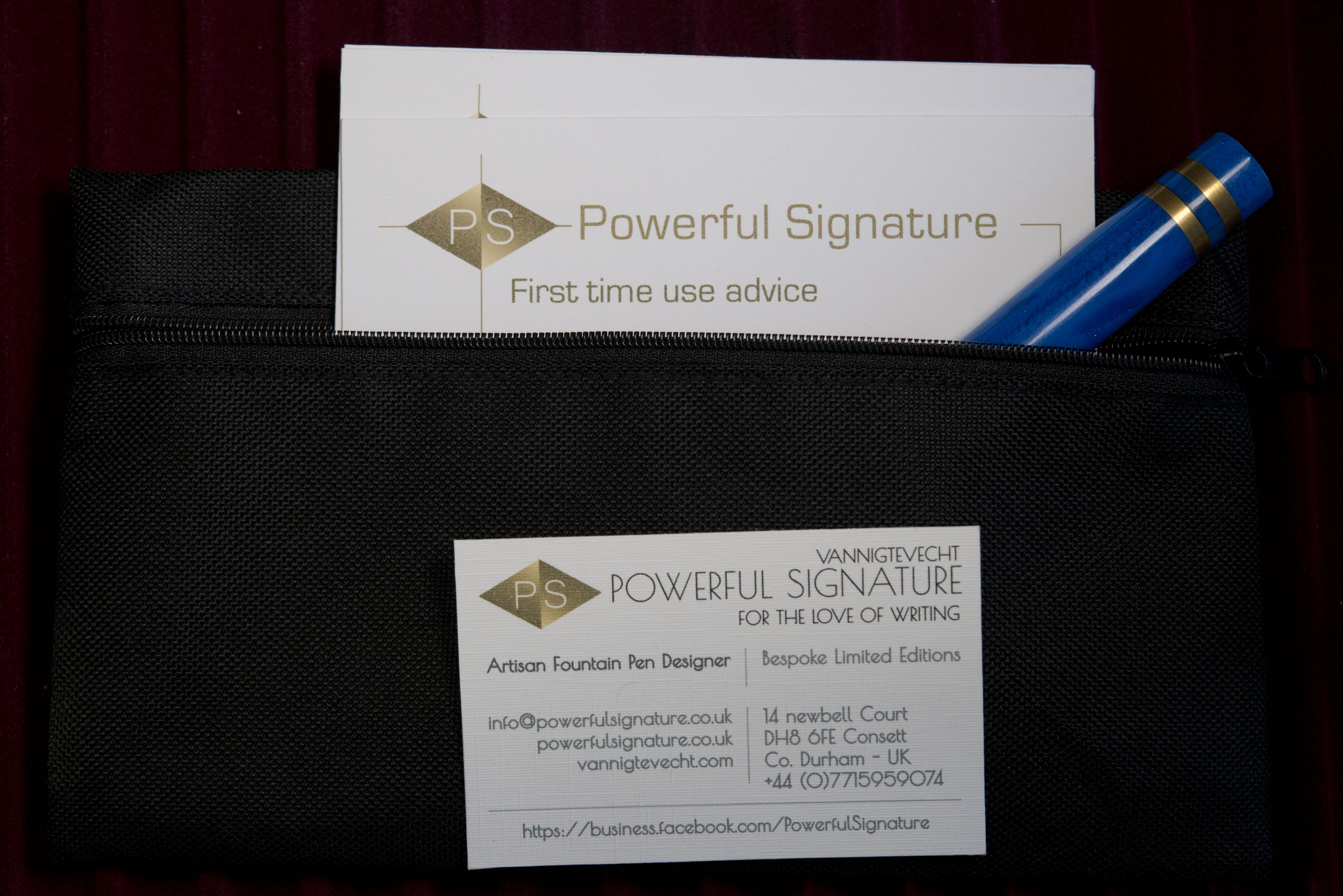 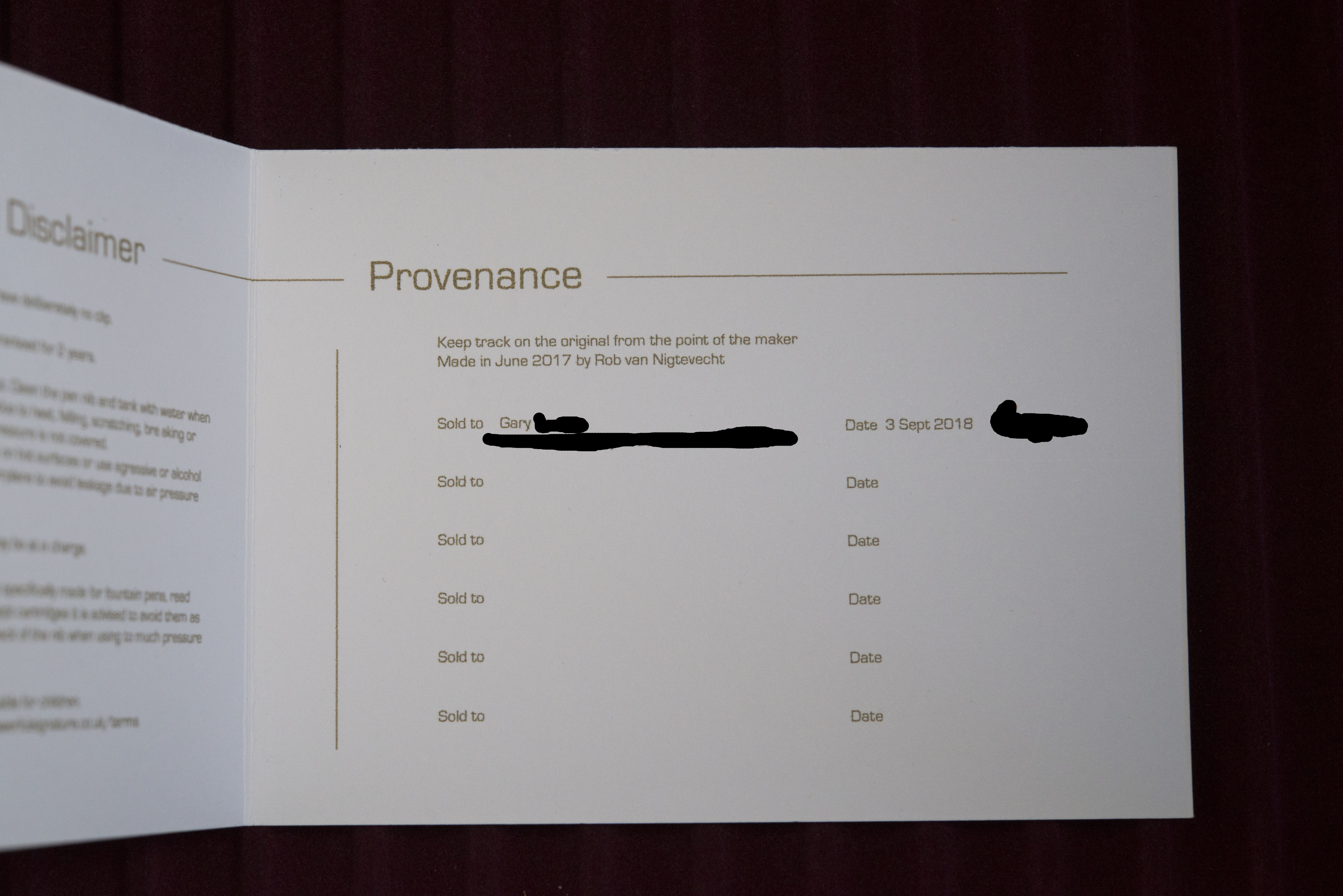 At £275 for a steel nibbed pen, this was some what of a risk though from the start I did appreciate the materials used and the time and care in it’s manufacture.  What I did not expect was for it to become a regular favourite of mine, and as I mentioned in my daily carry post from the start of the year it is one of the pens I take to work everyday and is my preferred grab at present.

Pros (for the brand in general as well as this pen): 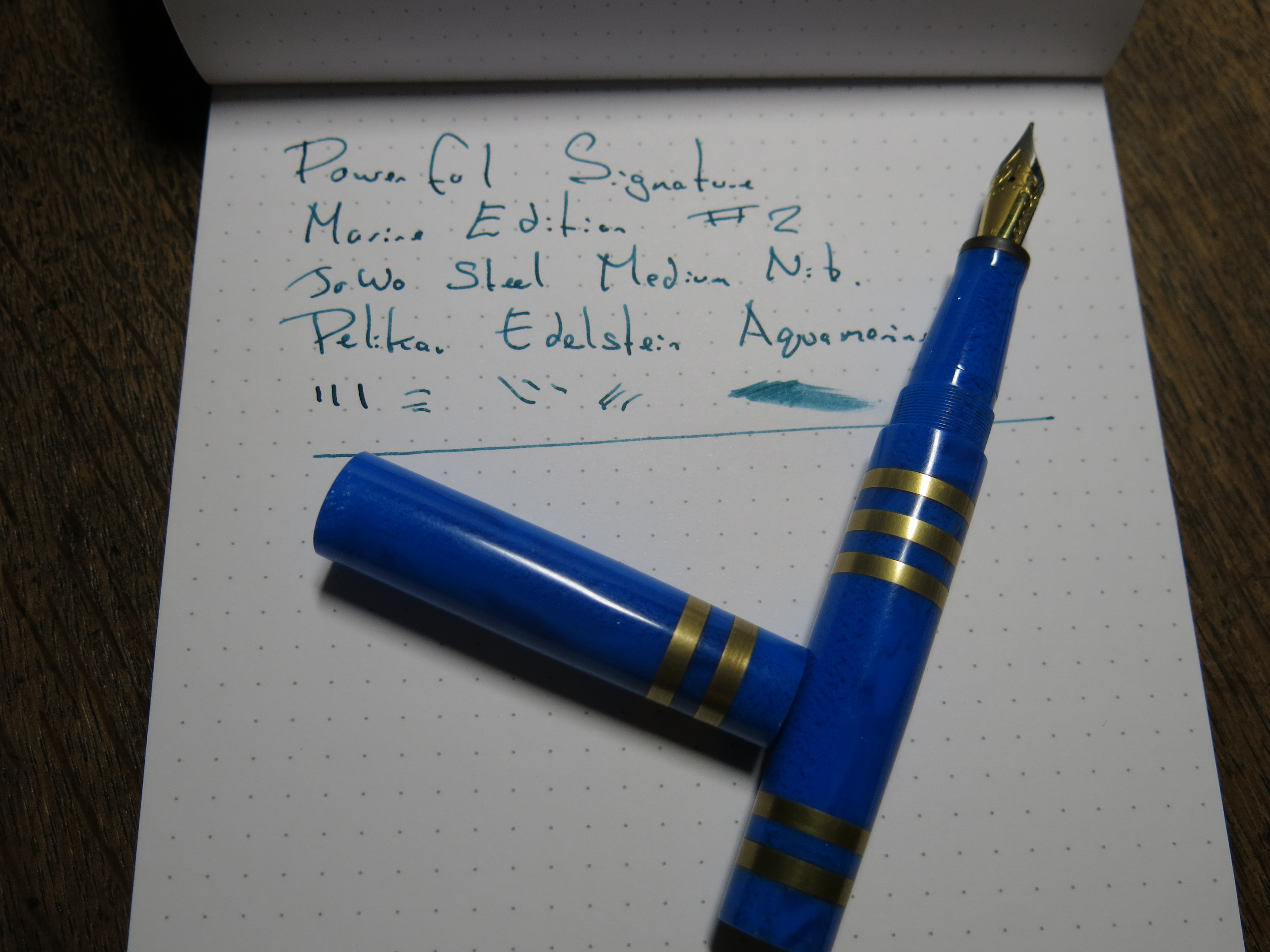 Note I have only used Pelikan Edelstein Aquamarine in the pen, initially as it linked nicely with the pen name wise, but then because I rather like the colour, so I kept refilling with the same ink.