I think most of us of done it.  Looked at a pen case and wondered if the interior material will micro-scratch our pens, or if elastic/leather securing hoops will leave the pens loose and knocking against each other.  Occasionally a picture will be posted online of pens touching resulting in responses of horror and counter responses of teasing.  Thing is, for about three years, once I started to carry too many pens to work, I just left them loose in a leather pencil case .  I probably did wonder if the cloth lining would be a risk to the pens but never batted an eye lid of the same pens being able to bang together (and would have as the case was also just tossed around loose in a back pack).  The photo below shows how my case looked: 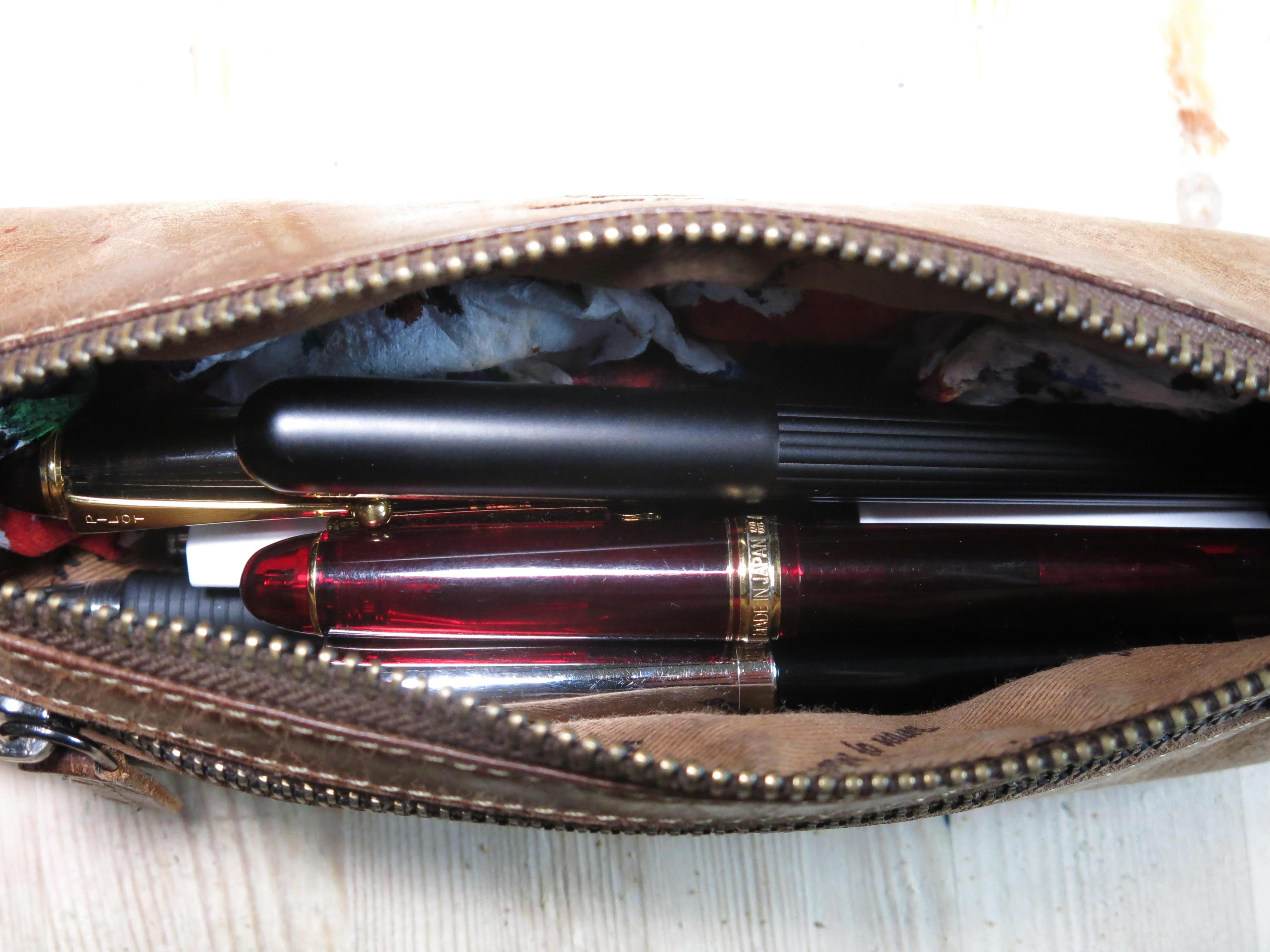 And yes, you can a GvFC Intuition Platino rubbing against a Lamy Imporium, which appears to be trying to mate with a Pilot Custom 823 (perhaps the Platinum 3776 is their love child).  In honesty, for a while, I did also carry an OMAS 360 in there as well, but for some reason felt it was a good idea to keep that one in a silk pen kimono/katana bokuro, which then was dumped in the case, and then the bag ….

Since then I have started to behave.  My pens no longer touch as can be seen in a previous present carry article of mine, but not because I’m scared of scratches, but because I needed to reduce the number of pens I was taking to work as most were not being used.

So for those of you who have read this article.  Do you think I’m mad and dangerous to pens.  Should our writing implements be kept separate and secure from each other, or do you feel modern pen construction is strong enough as a whole than the pens should be able to take it.

As a side note/confession.  I do still use silk kimonos for a number of pens of mine, but only really those with expensive surfaces that could take damage, such as my Nakaya.