Today, being the first Friday in November is International Fountain Pen Day.  A day of discounts and an excuse to get our pens out.  So with all these discounts I bought … no new pens (yet it’s 8pm as I write), but then with all the recent acquisitions, it would both be hard to justify and hard to find something I want.  Not only do I have my haul from the October London Pen Show, but a Nakaya Decapod bought from Eciton, as well as the loan of his Eureka Symmetry and Asymmetry pens from South Korea- which I will review shortly.  In addition to all this, I finally reached the front of the waiting list, and post USPS caused delays received a Wyvern from Brian Chu at the Red Dragon Pen Company.

So the question is, has my daily carry set changed since July. 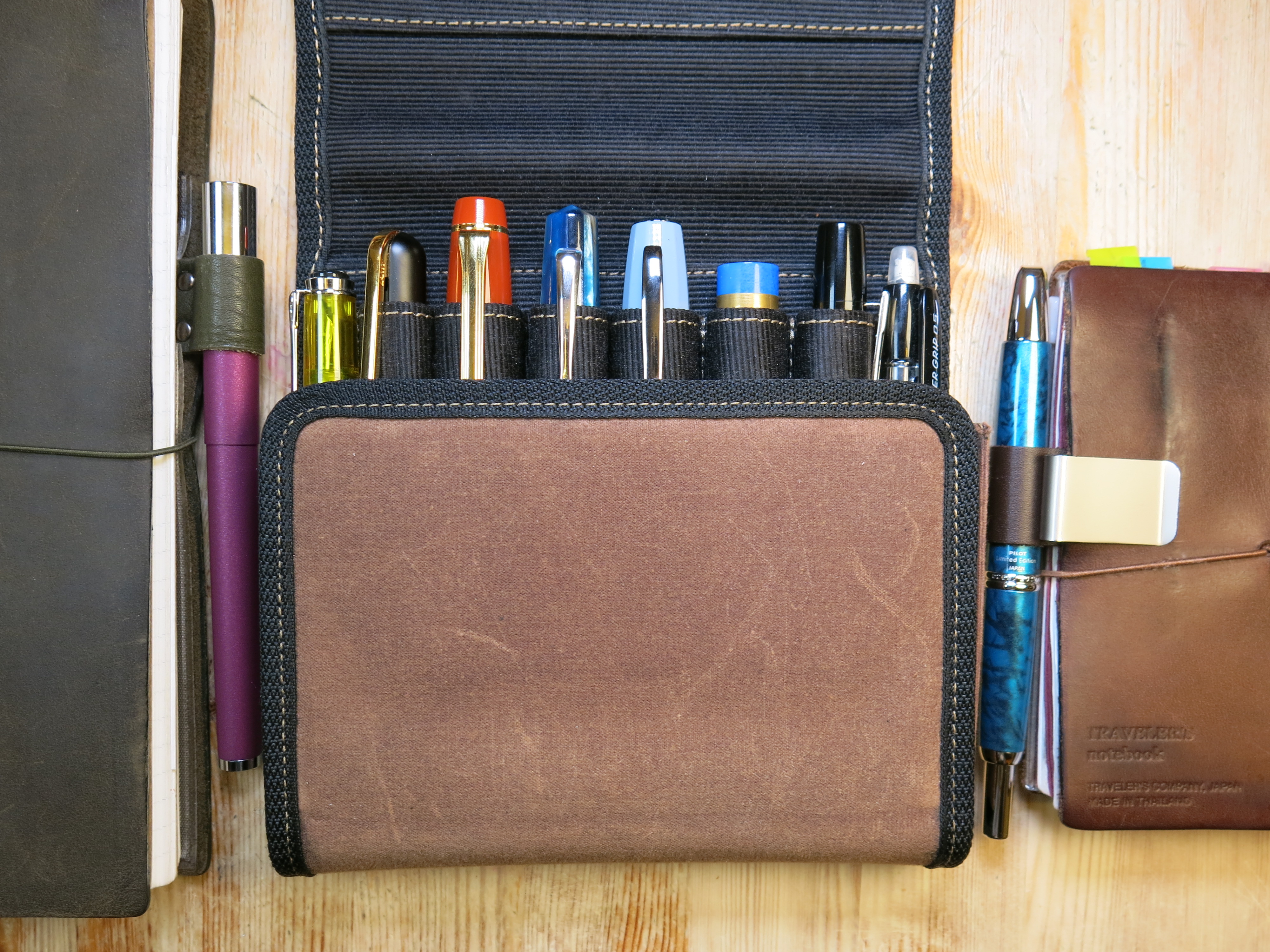 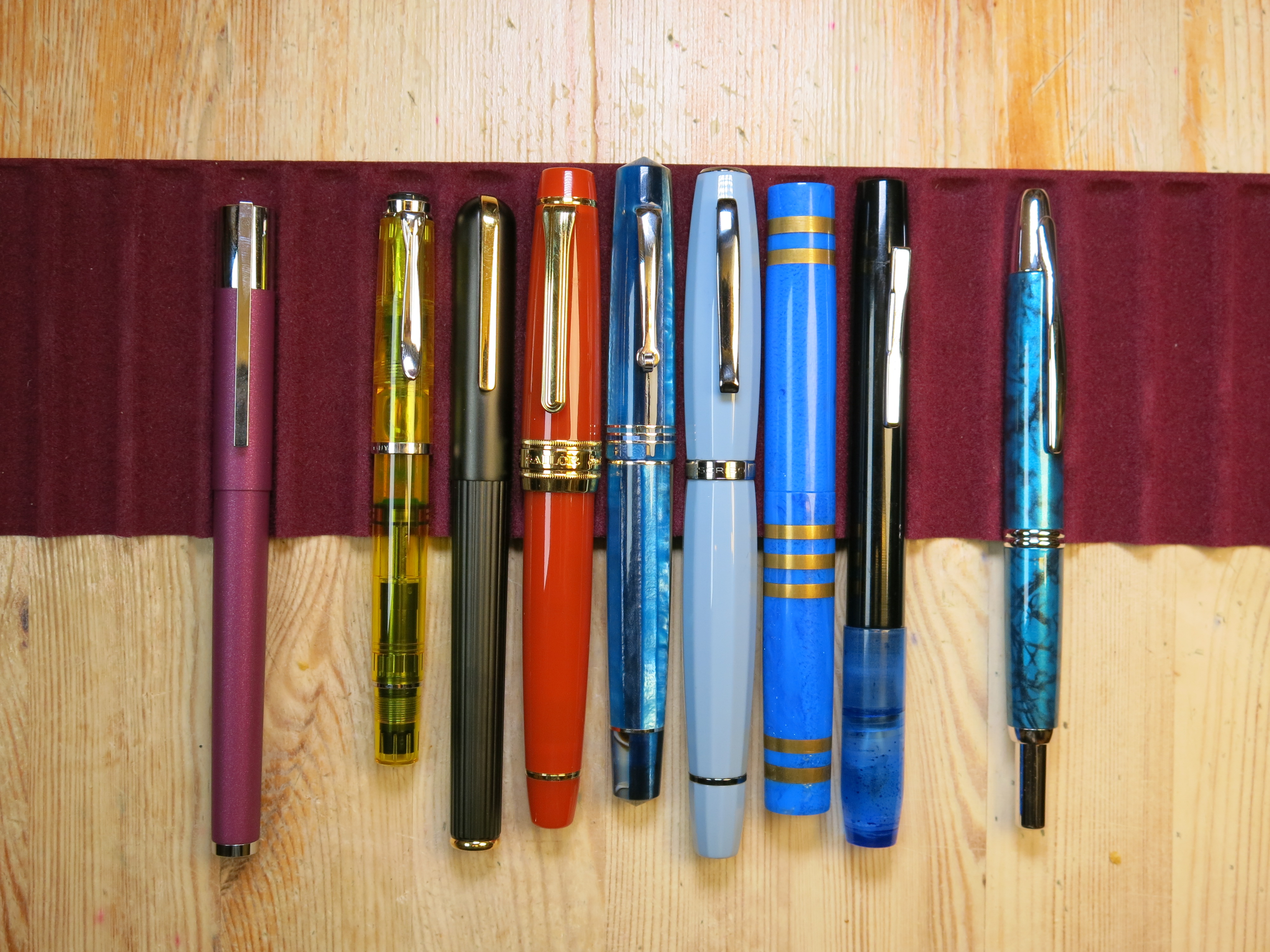 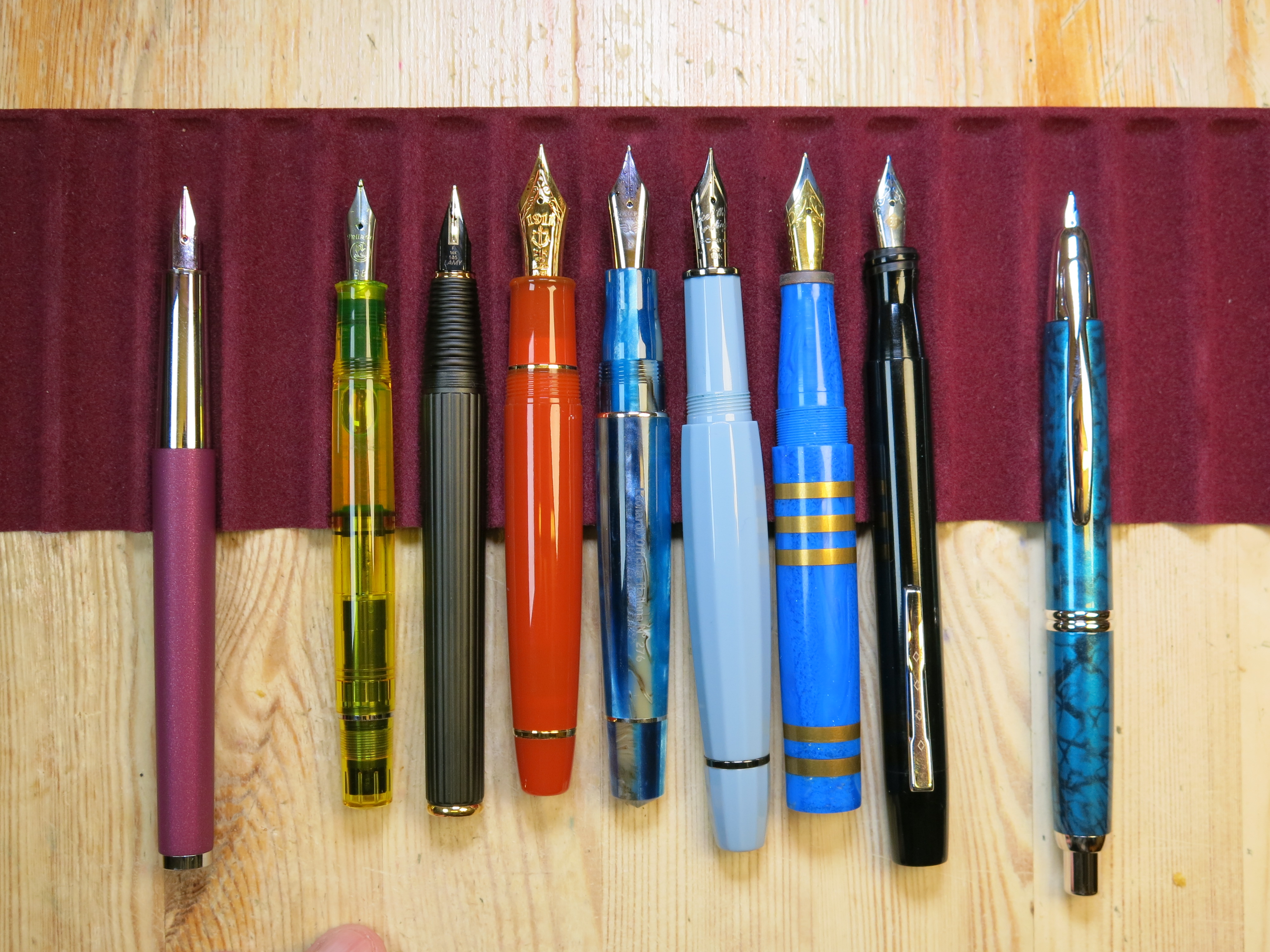 So first the EDC pens attached to my Midori Traveller/Passport.  First on the Traveller the Lamy 50th Anniversary Edition Glacier Scala has been swapped out for the new, 2019 limited edition, dark violet Scala, whose nib has been swapped to a fine gold.  This is a like for like swap, partly because the anniversary edition is starting to show signs of wear around the edge of the cap.

On the passport, the Kaweco Sport was switched from being an eye dropper to a cartridge filled pen as it was burping too much.  This resulted in a very dry writing experience.  Between then and the pen show it was swapped for a Pilot Elite 95S (the JDM version of the modern E95S), but post pen show another of my new purchases stepped forwards and now the 2019 limited edition Pilot Capless/Vanishing Point in Tropical Turquoise with a medium nib has become the new note scribbler.

So on to the pen case.  Unchanged from last time (with positions left to right):

The one change is as follows:

So all in all, three pens out and three in.  All 2019 limited editions (well the Sailor Fire range is limited while stocks last), though that is coincidental, well partly.  I still have some pens from the show I’ve not yet used enough so those may yet appear, and then there is the new (to me) Nakaya.  My first one (a Portable Writer I bought new) has been to work, but not often and I may yet play coward on the Decapod.