Pens are emotive.  The nibs, the material, the looks, the feel, all play on our senses.  The variations both within and between manufacturers and craftsman help propel our hobby, our collections, and our expenditure forwards, while also providing a source of joy, and dare I say, at times frustration.  Wood often grabs my attention, so when John Twiss posted a picture of three new, primarily wooden pens on Facebook and Instagram just before the Spring London Pen Show, my interest was piqued.

After buying a second John Twiss pen back in October 2018, that was meant to be it, unless I were to visit his workshop near Mansfield (which may yet happen).  The catch with bespoke pen makers is they occasionally get hold of some really interesting materials for a one off.  John had posted three wood based pens on Facebook and Instagram, two of which I really liked the look of.  So I entered the show, but I did not rush.  While I would really have liked one of the two pens, my head was still in control and there may have been a chance both were quickly bought.  I arrived at his table a while later to find one was already gone, being quickly grabbed by fellow London Fountain Pen Club member Voiren (check out her fantastic ink swabs/pictures), but the other was still there.  I wandered round, spent money (much of which was pre-planned), talked to others (having had a chat with John), and then came back several hours later to find …. this pen was still sitting there.  My resolve crumbled and it became mine. 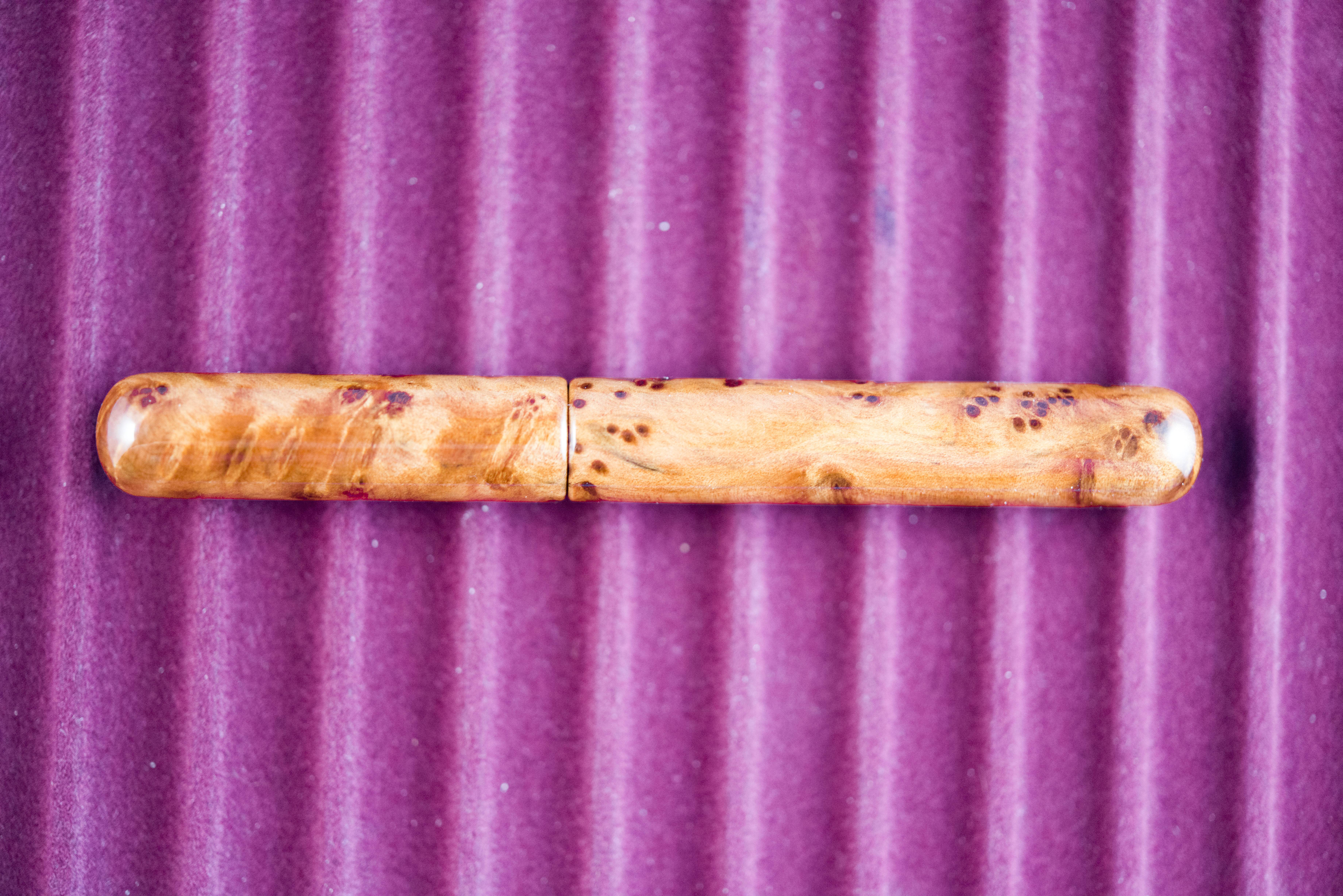 While describing the pen as cigar shaped, the rounded ends make this more so.  The wood is thuya burl, which I believe is from the US.  It is used for the cap and the barrel and has a waxed finish.  The grip section and the threads are from a rod of Conway Stewart Bracket Brown resin., which is well matched.  The wood has been wax finished, which helps bring out the colour and grain while protecting it, however it also takes some of the warmth away from the touch (which is unfortunate as that is part of the appeal of wooden pens to me).  The patterning is different from many of the European woods, with dark splodges that almost look like bear cub paw marks.  Interestingly if you hold the open cap or barrel up to the nose then you can smell the wood – it almost reminds me of a stronger version of pencil shavings (ah, those child hood memories 😯 ). 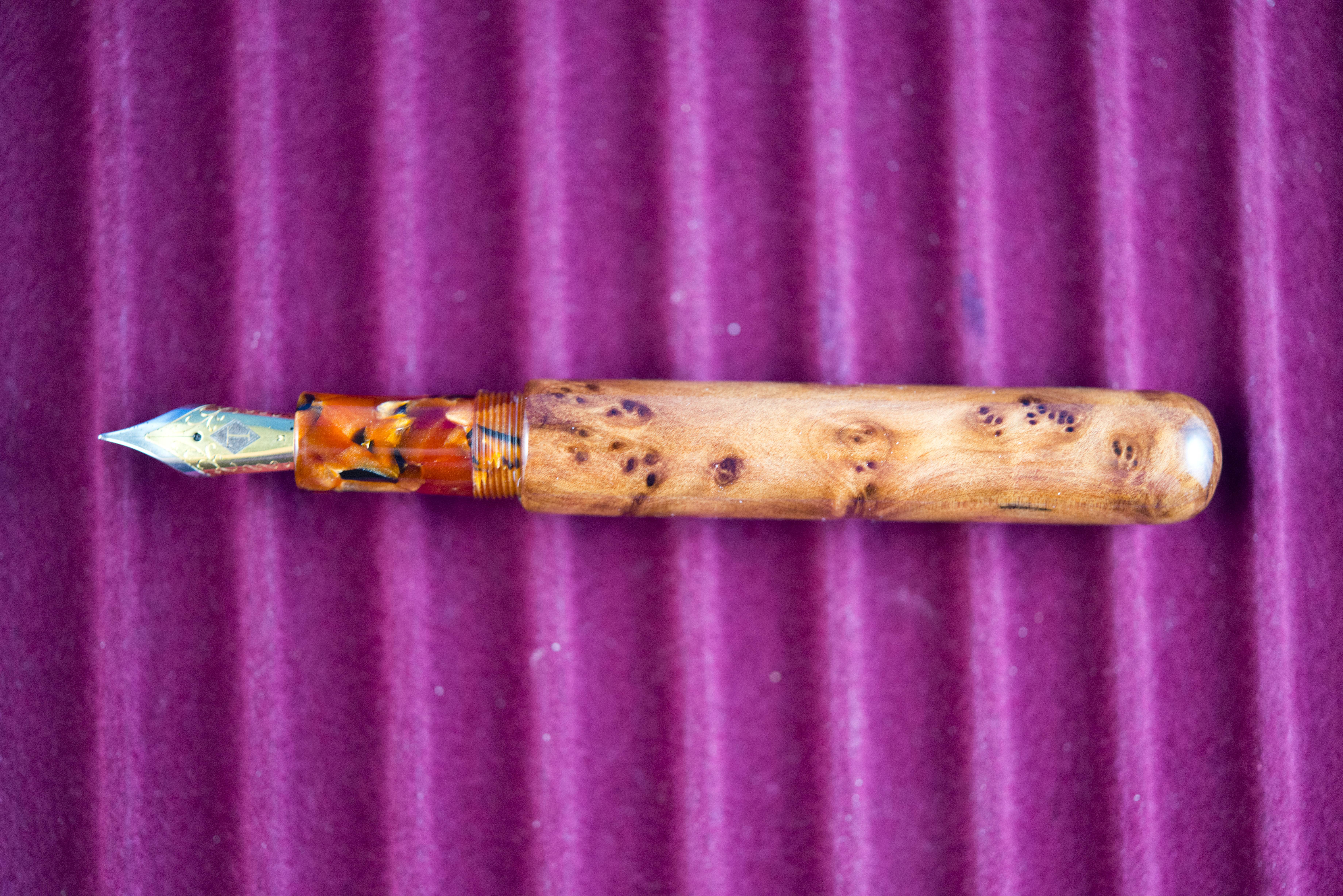 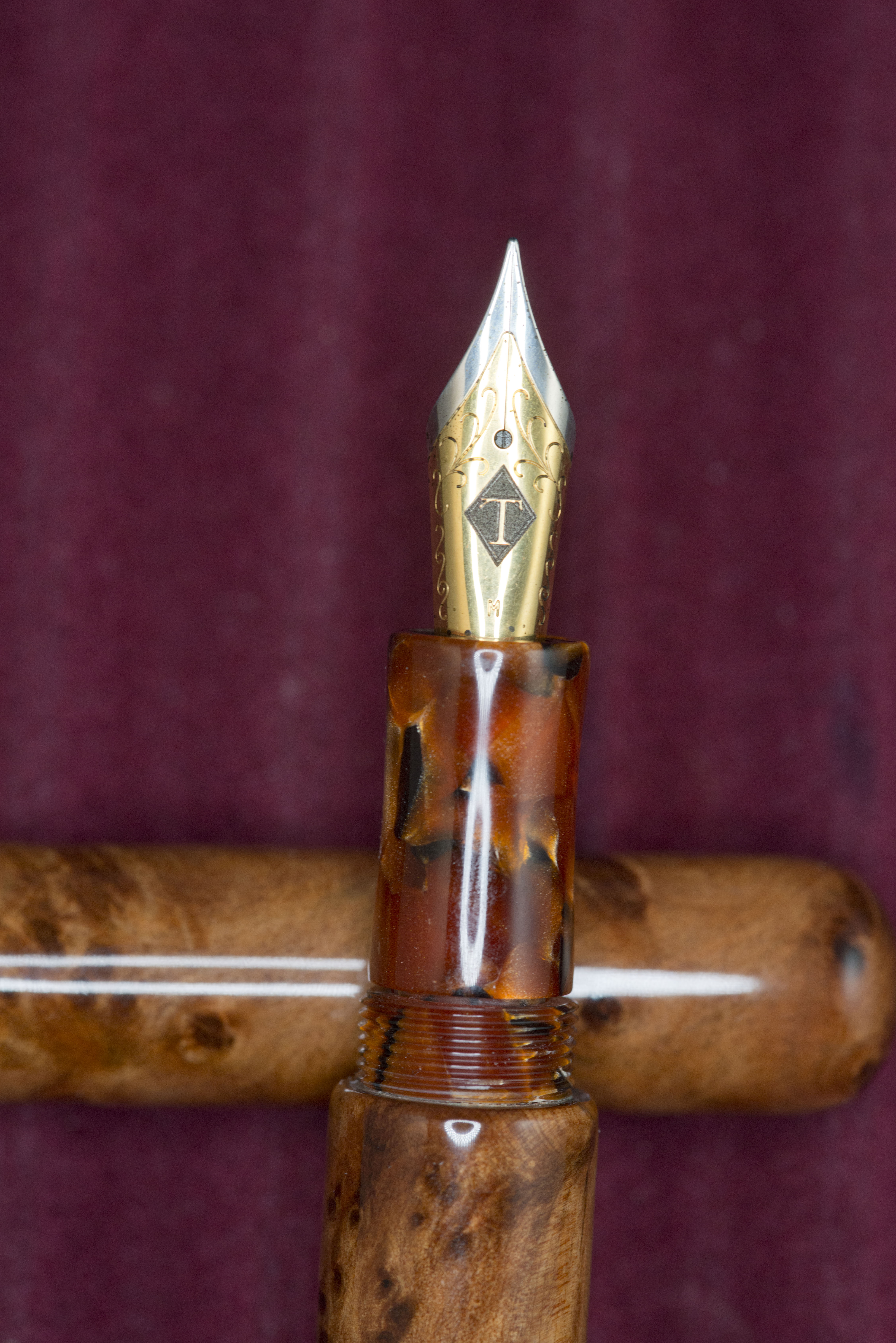 As I’ve already reviewed/covered my other two John Twiss pens here, I’m not going to detail the internals, nib or writing experience, instead I’ll just finish up with more pictures, followed by a couple of family shots. 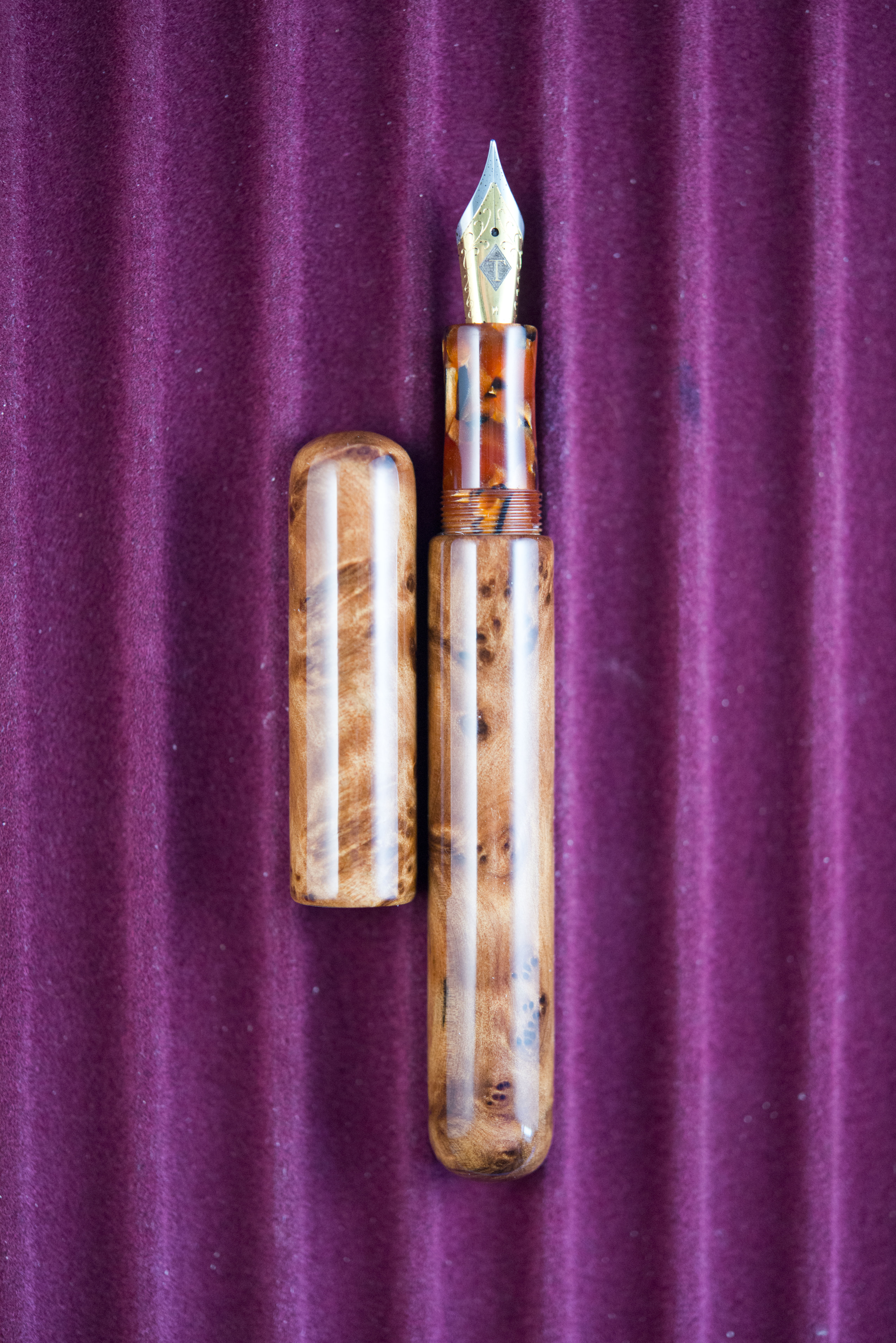 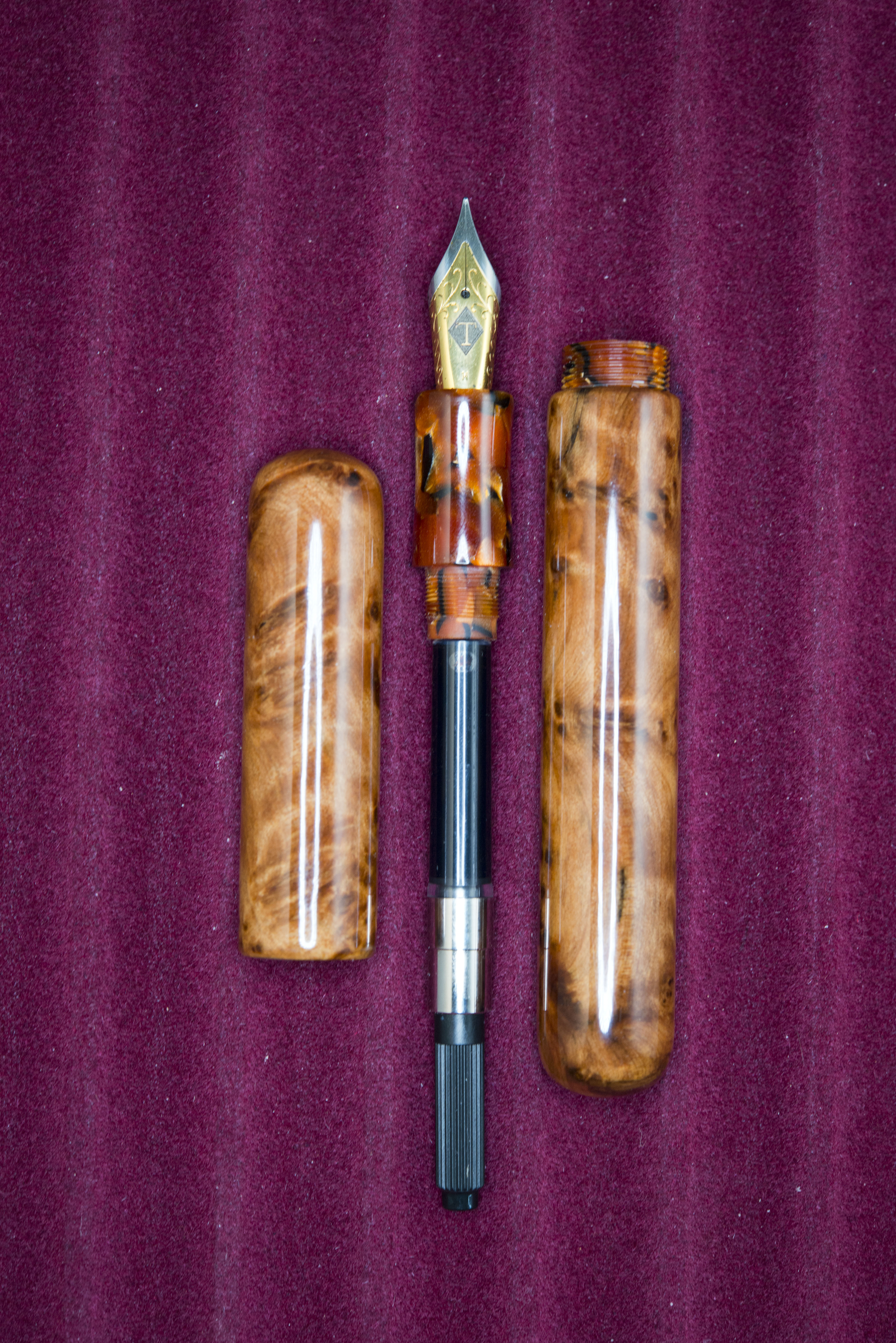 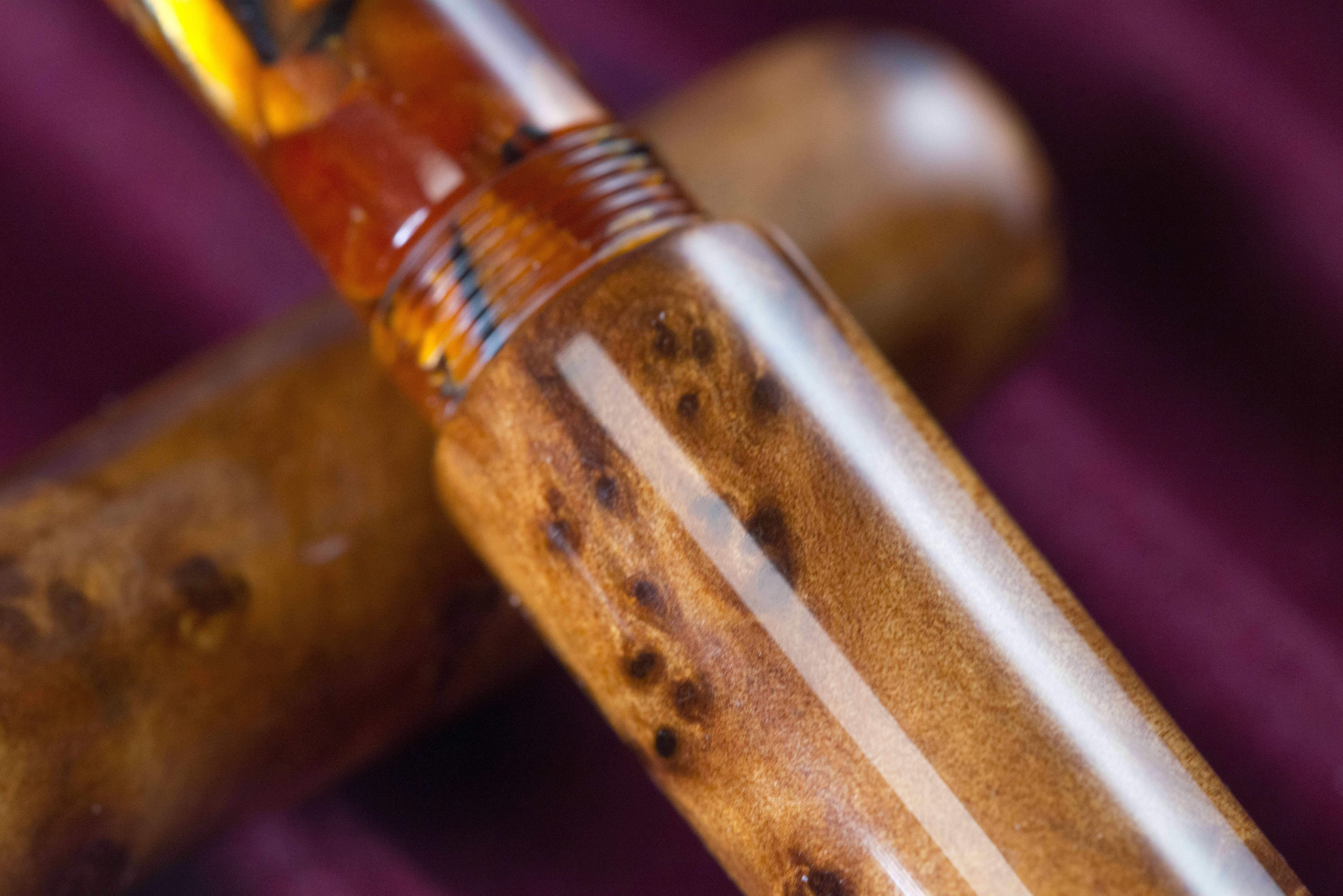 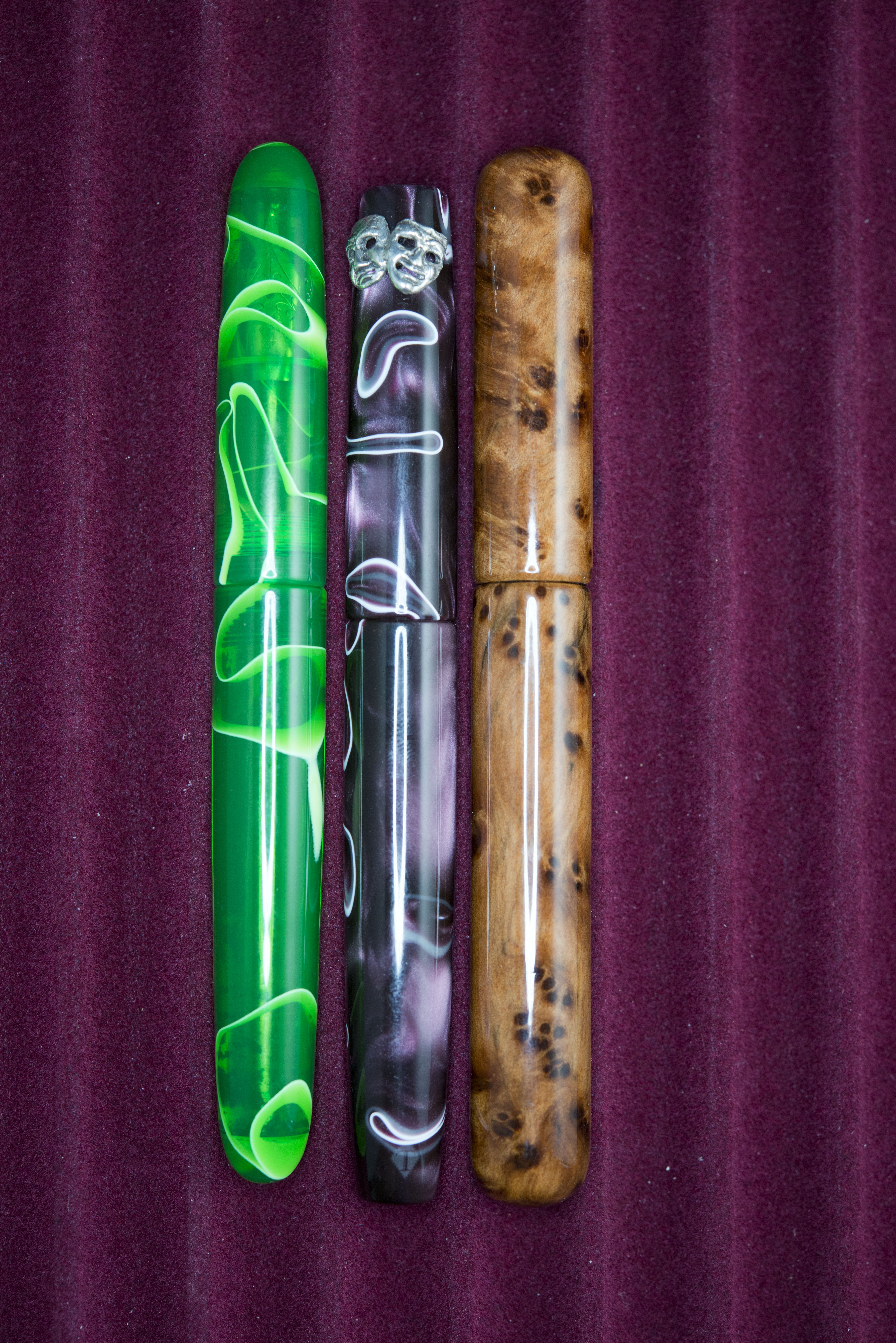 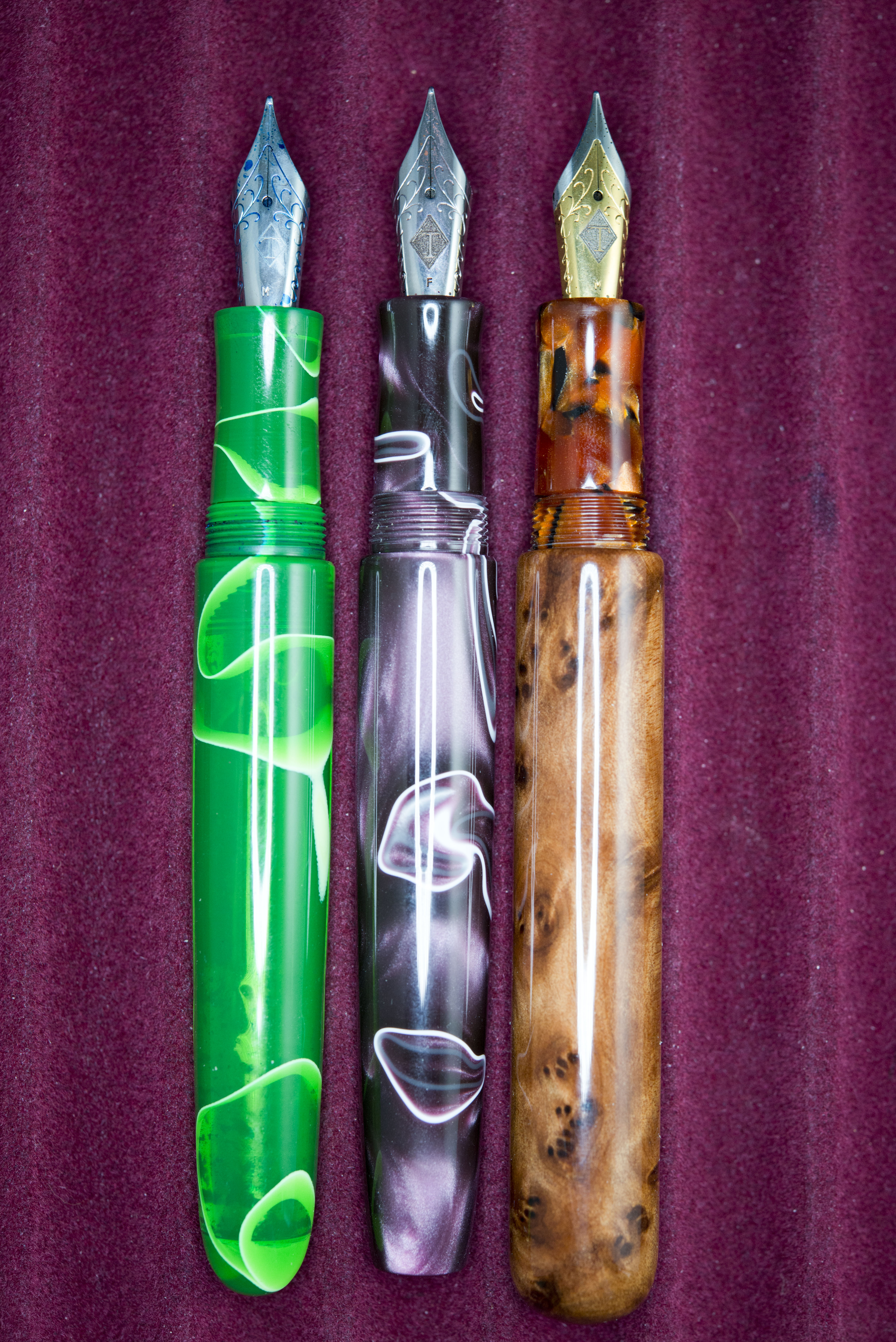 2 thoughts on “My latest pen from John Twiss”