People tend to mistakenly think that when Parker moved their manufacturing to India and Platignum (not to be confused with Platinum) appeared to cease to be, that fountain pen production in the UK had halted.  However, even before that time, a number of small craftsmen were already starting up.  One of these, in 2003, was Bryan Lucas at the Worcester Pen Company. 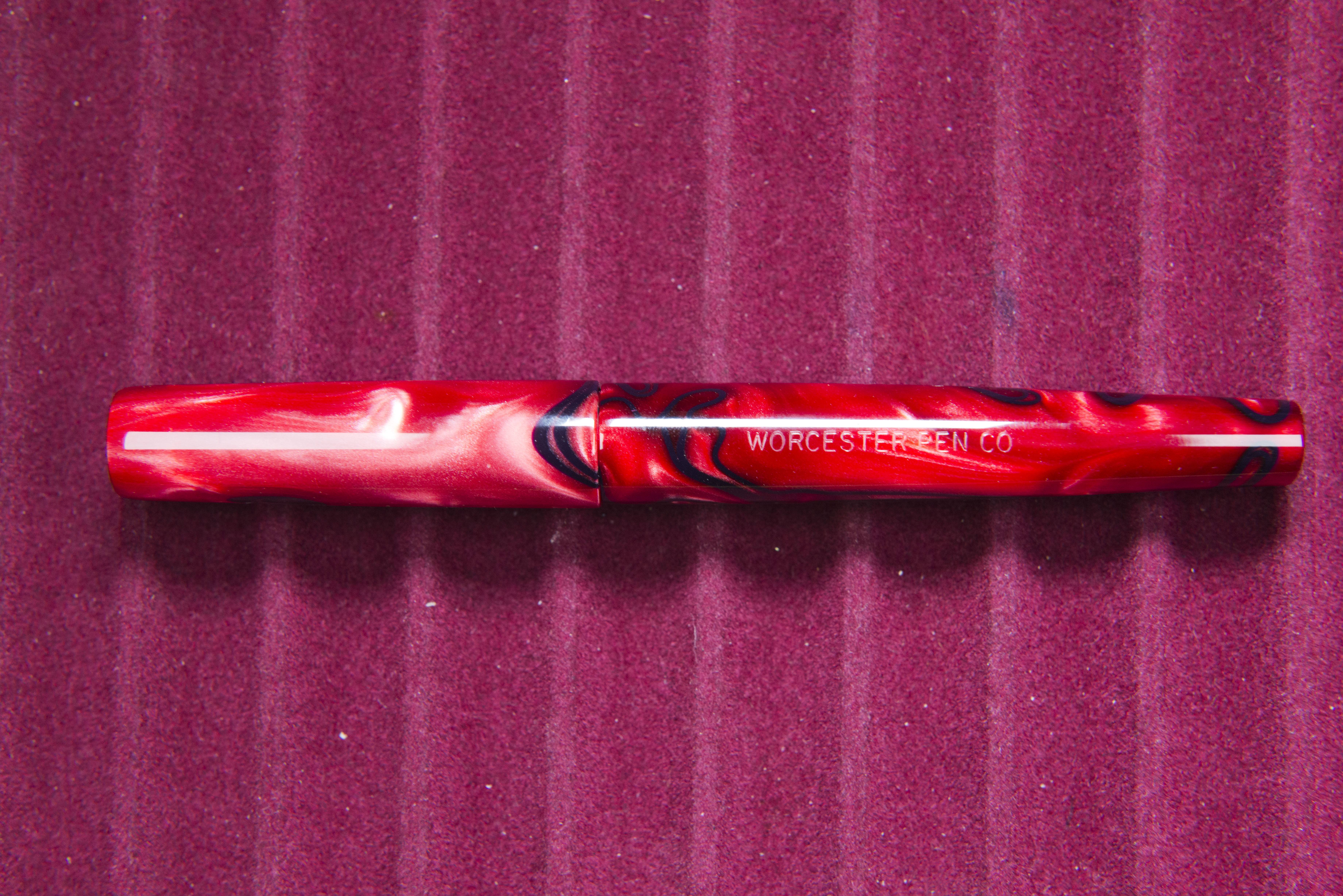 Selling through his website and pen shows, Bryan has been a stalwart of the scene, producing an expanding range of classically shaped  and sized writing implements.

Even before starting this blog the Worcester Pen Company had been on my radar, having seen his stall at the 2017 London Writing Equipment Show, though alas after having already hit my financial limit.  Due to one reason or another, it was not until the 2019 October London Pen Show that I was finally able to spend time at Bryan’s table. 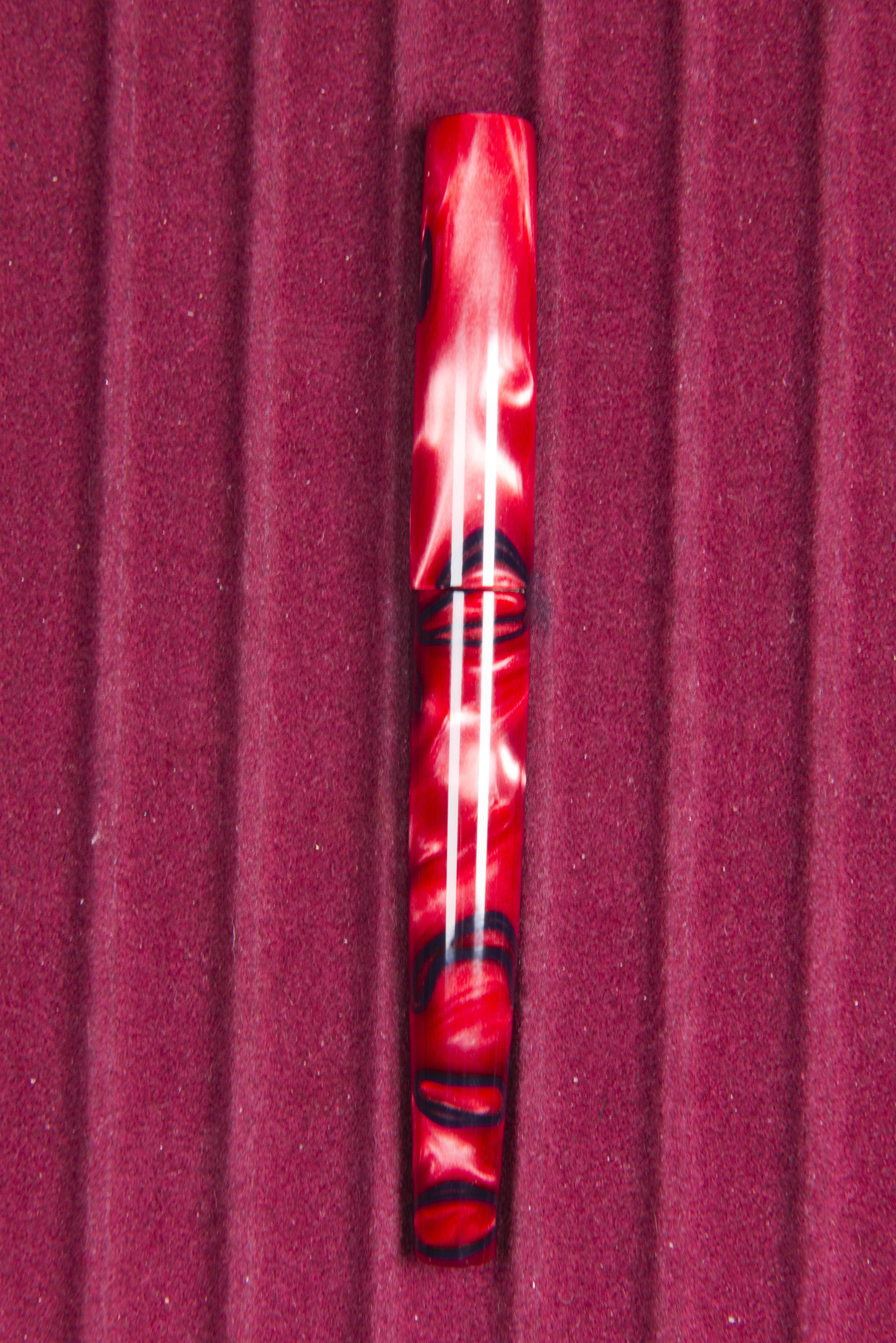 The majority of pens on display were from his new range, the Serenity, which were also being sold with an introductory show discount price.  Unfortunately for me, the one which really caught my eye was made with an OMAS resin, rather than the regularly sourced acrylics, with the result of a higher price tag (though as was pointed out to me would be higher still post show if still available).  While the black hoops may be the first thing that stands out in the photos, the chatoyance is superb, almost to another level.  It really is a pen to just twirl under a bright light and watch the depth and silky reflections. 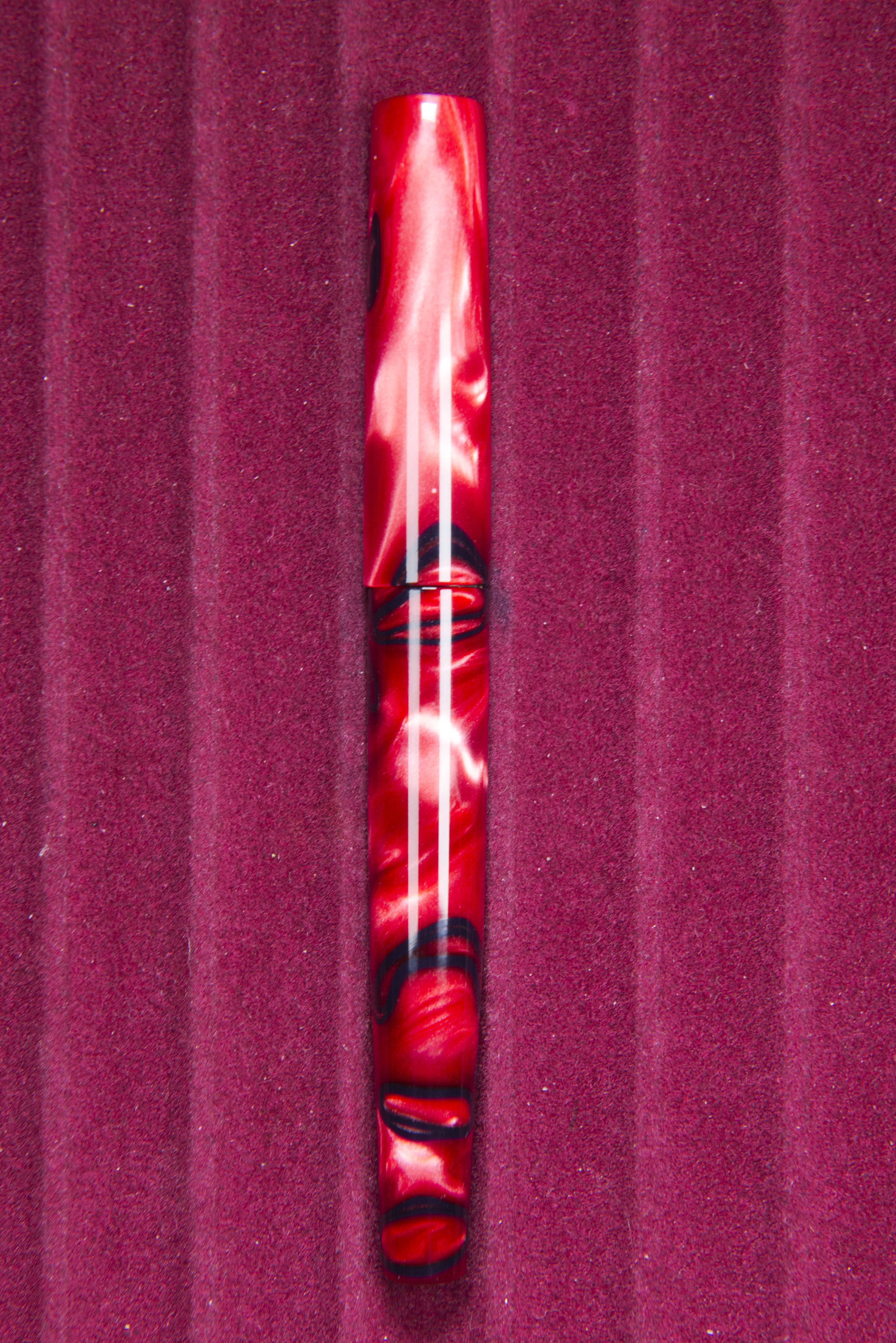 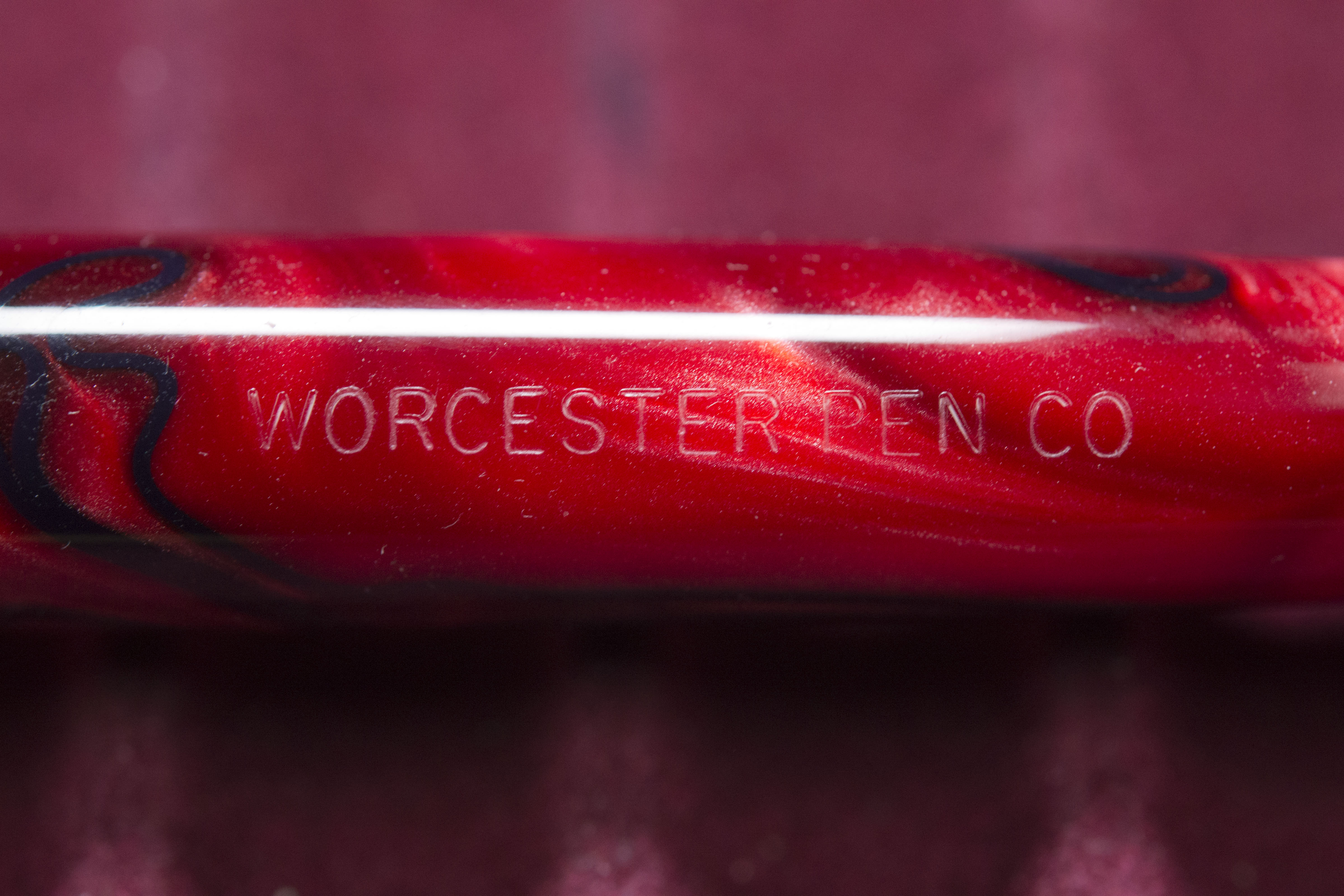 The pen has a minimalistic design, described by Bryan on his website as oriental in style.  It is sleek with no metal work aside from the nib.  The cap tapers very slightly inwards from the opening to the finial, which is perfectly smooth.  The grip is similarly shaped/angled with no end rest for finger protection, something I do not consider to be an issue.  The cap threads start on the barrel, though look like they are part of the same continuous piece the section is from.  There is then a sizeable step up to the main part of the barrel, which again tapers gently towards the end, which is also perfectly smooth.  Worcester Pen Co is stamped/engraved on the side of the barrel (with a loupe you can see it is not laser engraved). 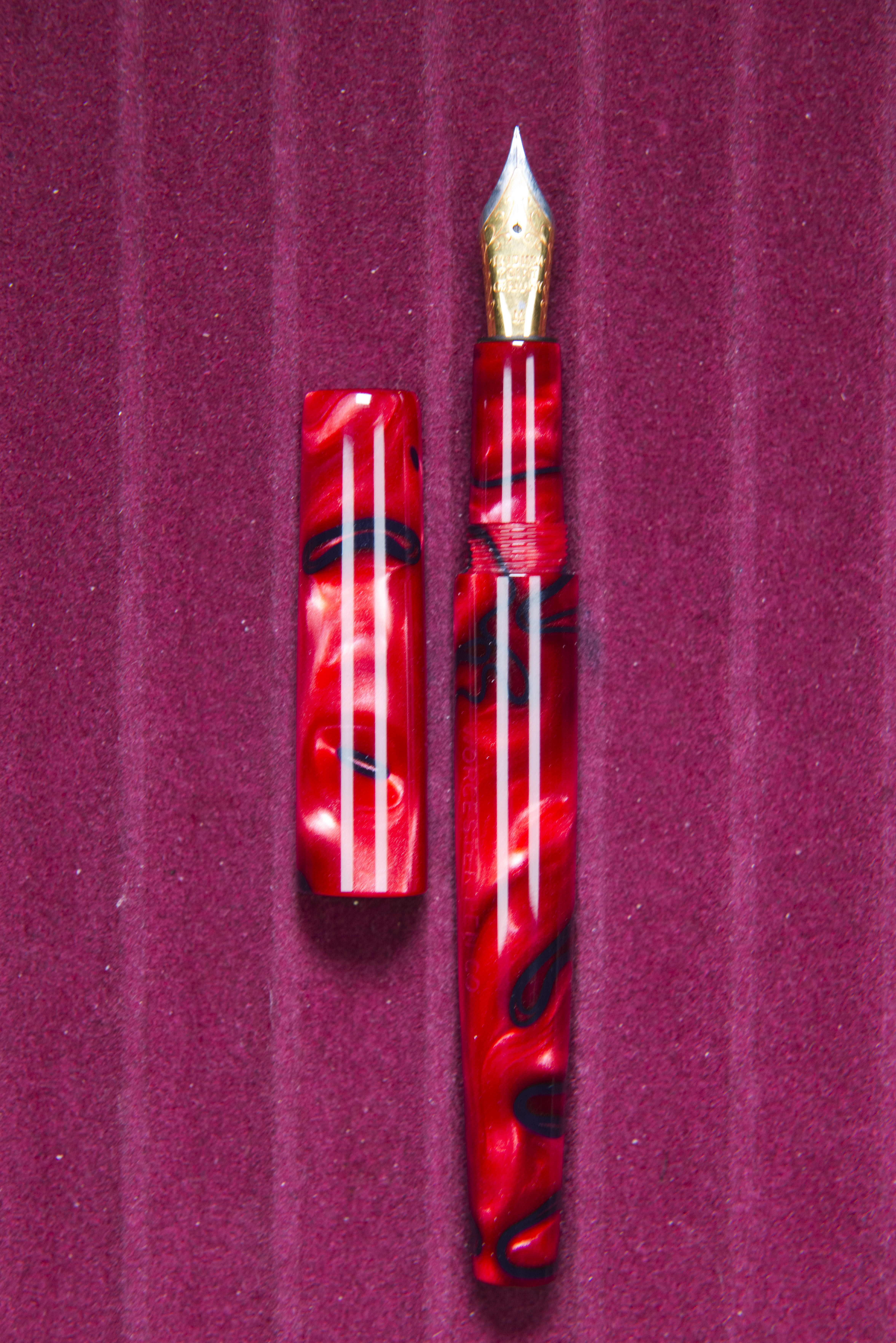 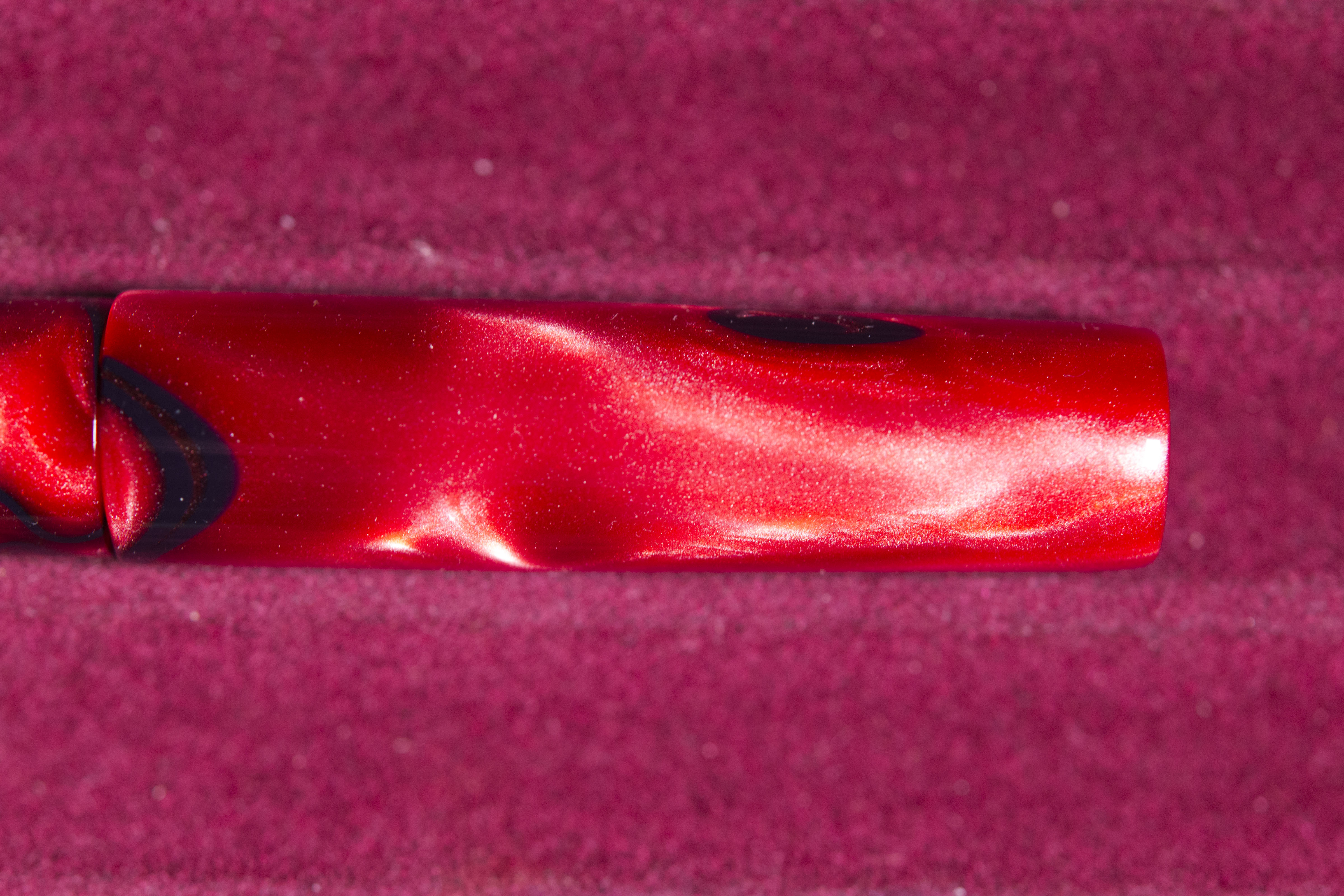 The cap, as previously mentioned, is unadorned, including no clip.  I could image one looking fine on the pen, but think it would also counter it’s minimalistic elegance.  It can be posted, and despite appearances is secure, however I’m not sure of the need as the uncapped pen is quite long.  The OMAS resin is so light that it’s hard to notice any difference in the balance point regardless of whether posted or not.  Much of the weight is actually from the converter and ink. 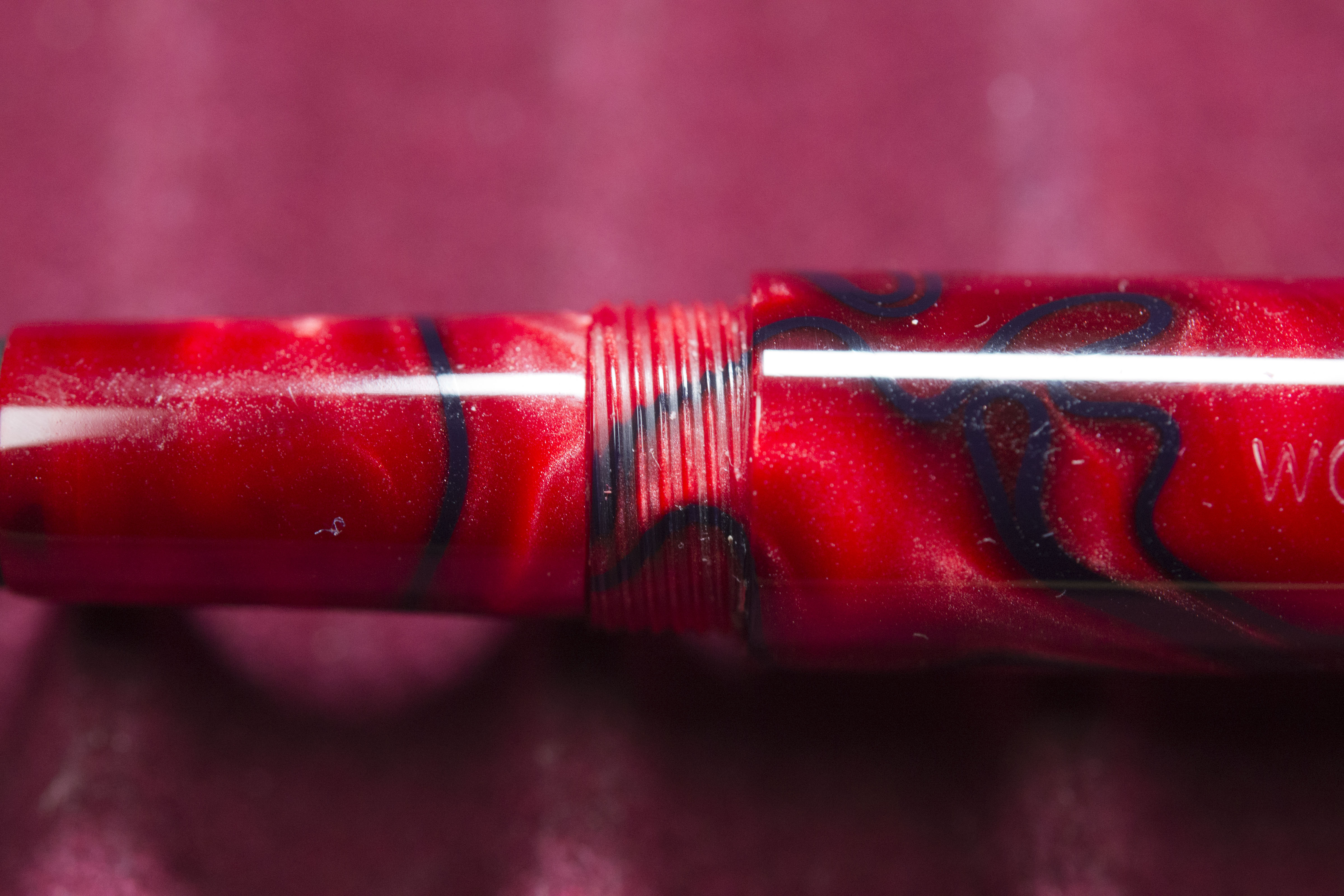 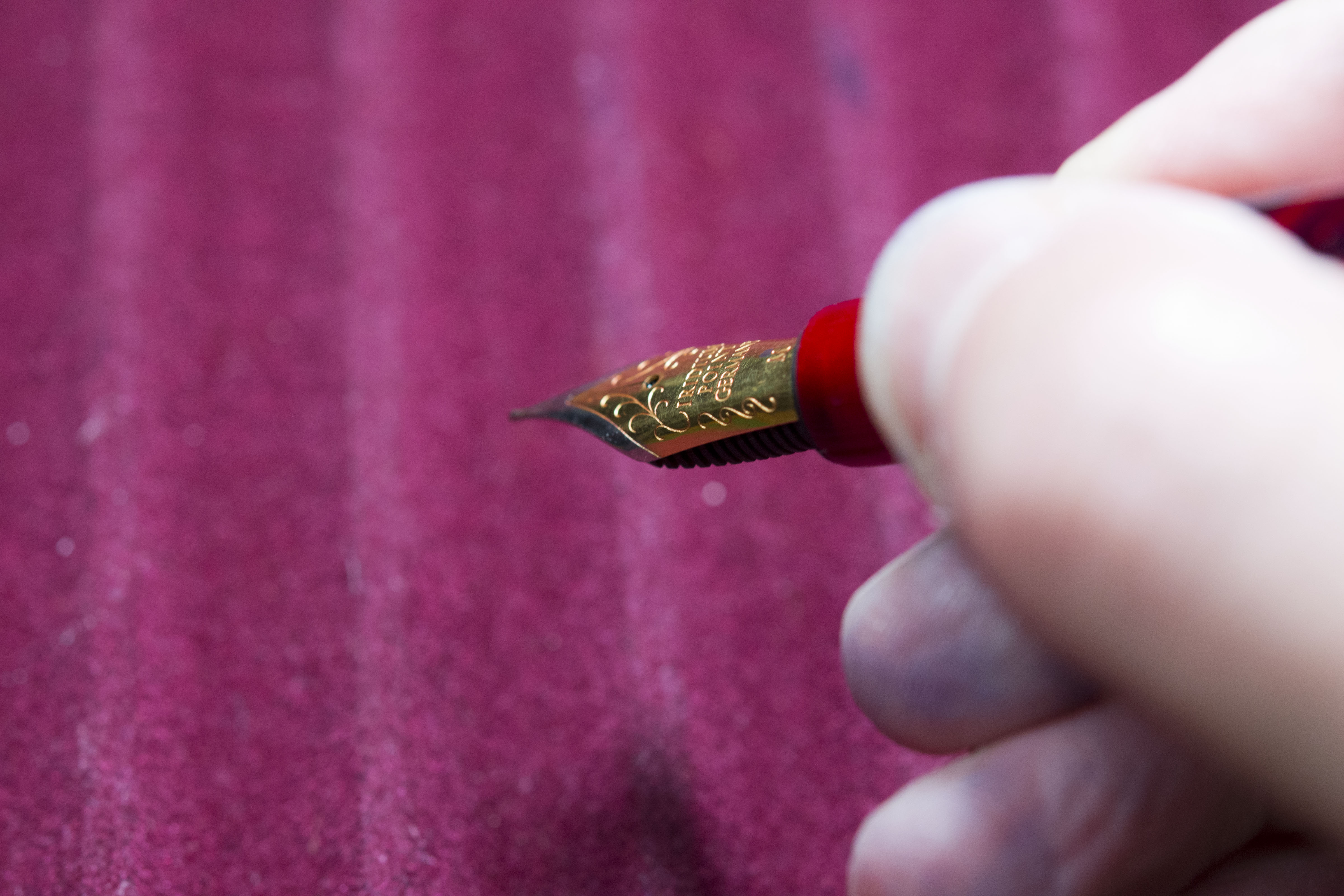 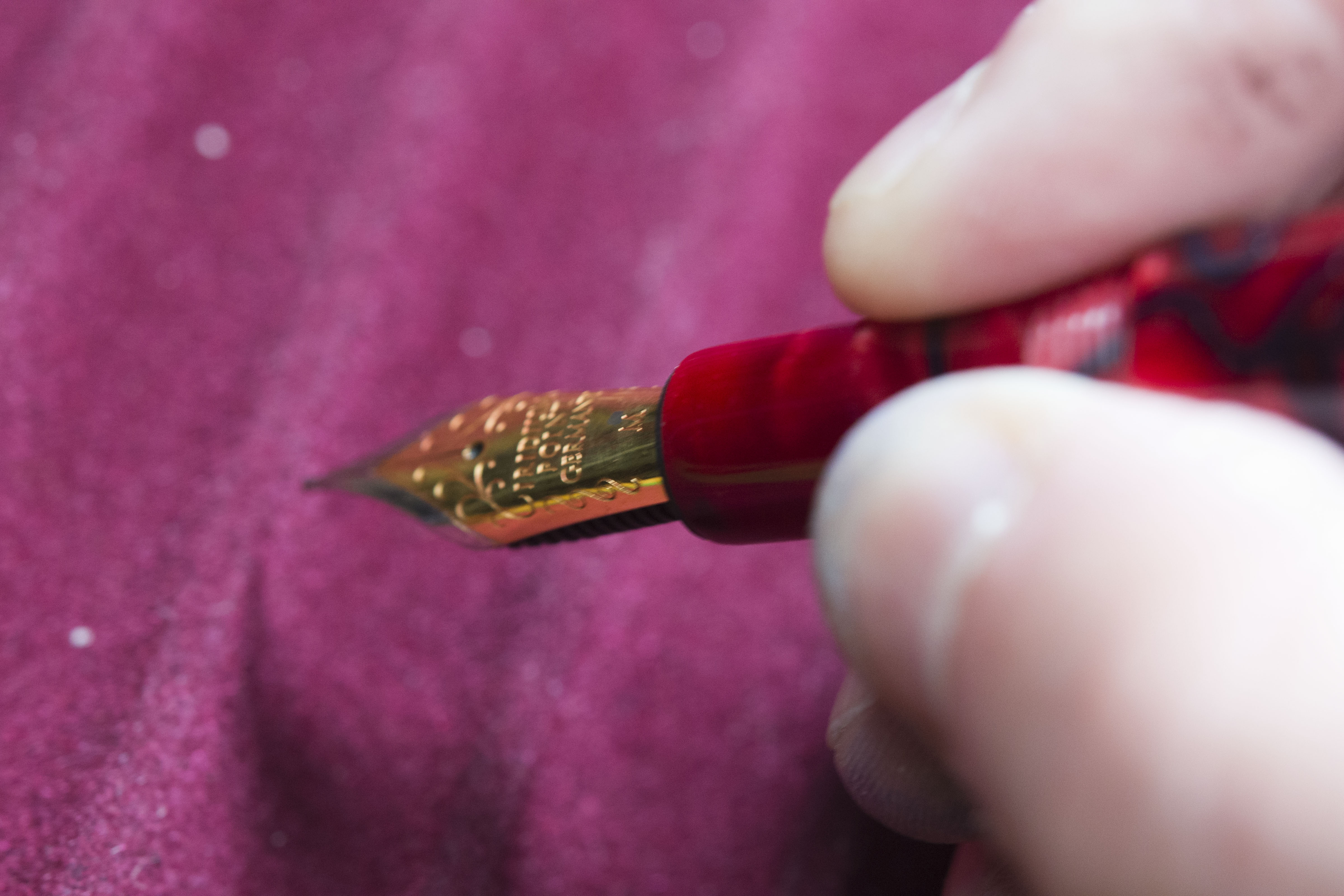 In the hand the pen is comfortable to hold.  The threads on the barrel may be on the hard side but a combination of a reasonable length section and the step, with it’s rounded edge, help keep the fingers, if not above, then only gently resting on them.  If I were to have one complaint it is the width.  I personally prefer pens with more girth and the Serenity, as well as the rest of the pens in the Worcester Pen Company list, is just a bit too thin for me – but then I have the same problem with the Lamy 2000 which is a similar width where the Makrolon meets the brushed aluminium.  It should be noted that all of the pens Brian makes are around this size/width. 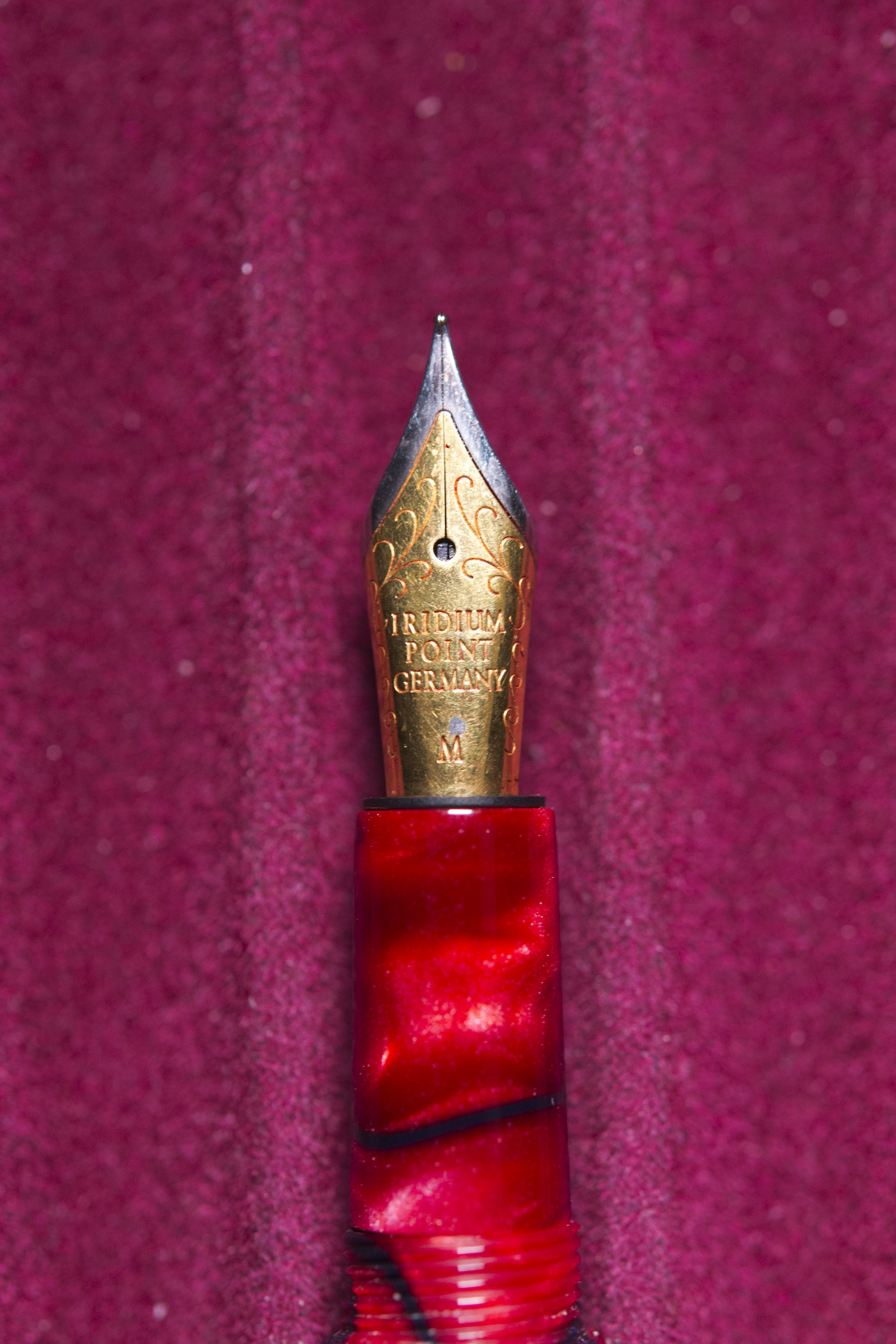 The nib is a standard JoWo #6 unit screwed in to the section.  For the show they were older stock as Bryan had run out of nibs and the UK distributor had none available at that time.  Step in Vince at The Turners Workshop who brought the urgently required spares with him to the show.  From the pictures you will be able to see these are earlier JoWo nibs with the “Iridium Point Germany” stamp on them. 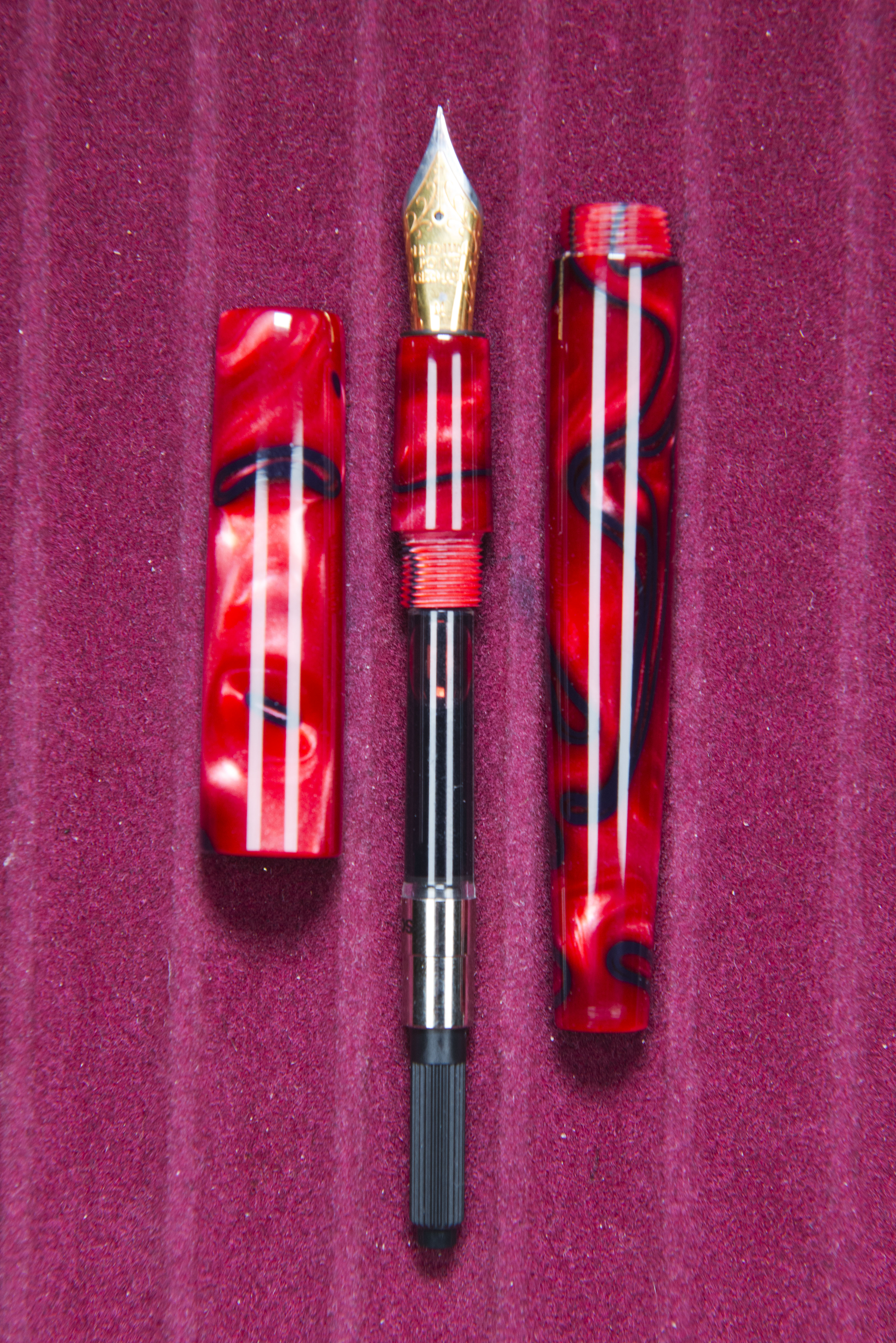 The pen uses with a converter or international standard cartridges.  A Schmidt K5 converter is included. 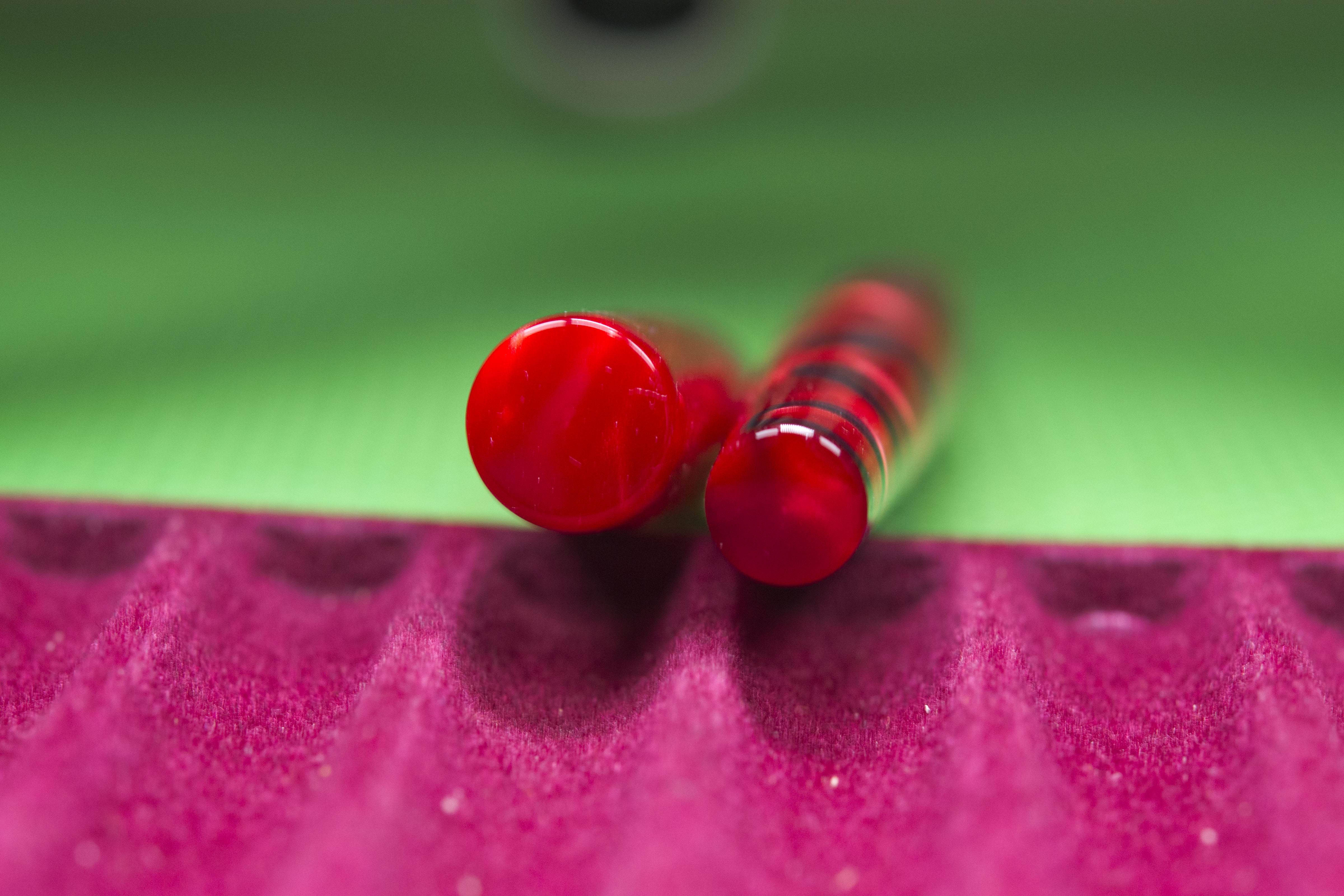 Fit and finish on this pen is to a high level.  While you can see a slight stress dimple on either finial, where the part has been separated from the rod, you can’t feel it as it has been perfectly smoothed down and polished over.  The threads are smooth and a comforting level of tightness.   Some people may not like the fact it takes almost 2 turns to remove the cap, but this is never an issue for me plus a combination of this and the tight tolerances means that there has been next to no ink evaporation with this pen over time.

Price wise, these are the most expensive pens Worcester Pen Company sell, however they are still just £159 for the standard acrylic versions (I can’t remember how much more I paid for the OMAS resin).  I personally think this is quite reasonable for a well made fountain pen from a small manufacturer/workshop from the UK.

Am I glad I bought this pen?  Yes.  It may be a bit too thin for me, but for many others that would not be an issue, and it is still comfortable to use.  I would recommend trying one of these pens before buying, i.e. at a pen show, as the step may be in the wrong place for you depending on your grip and where you hold the pen. 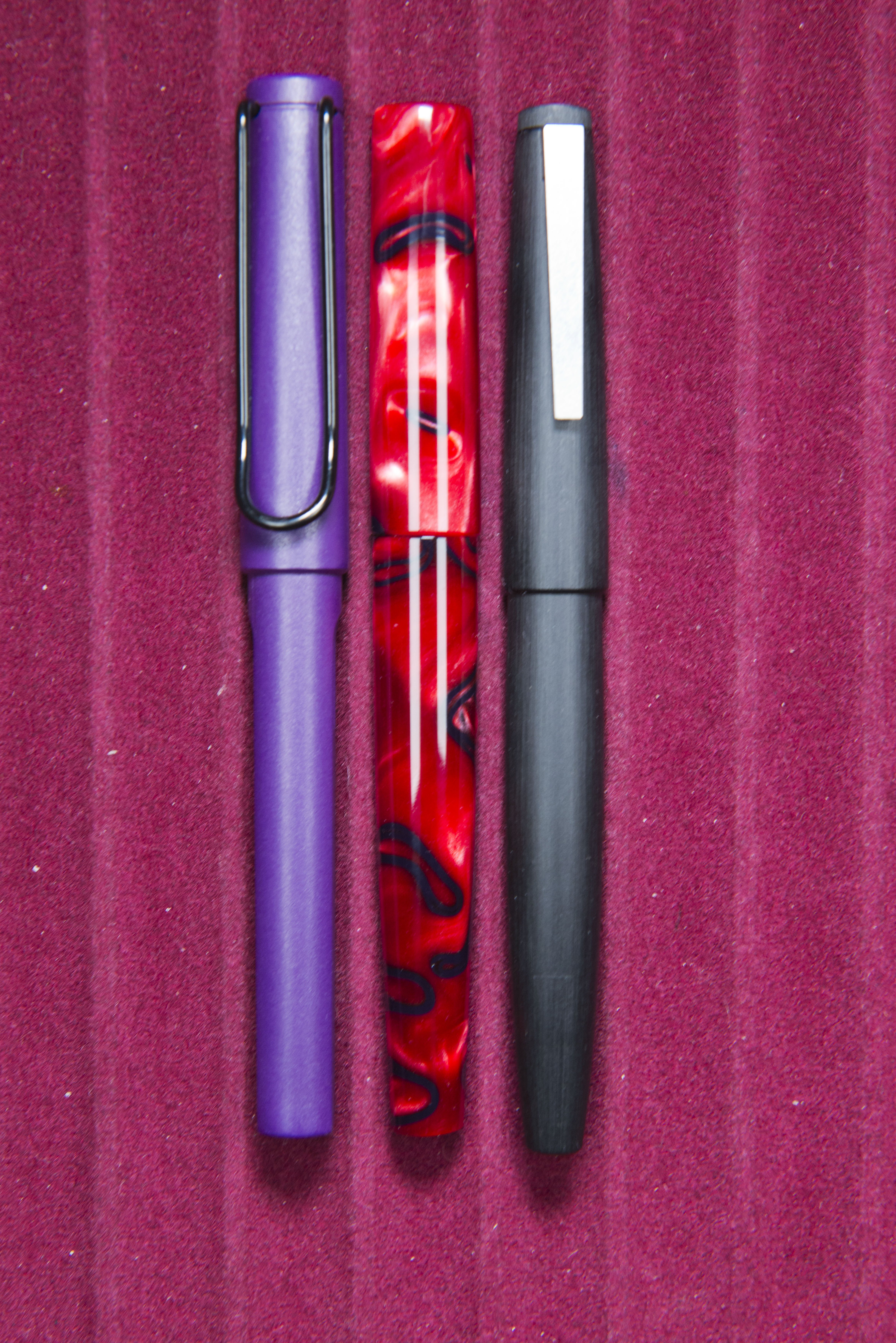 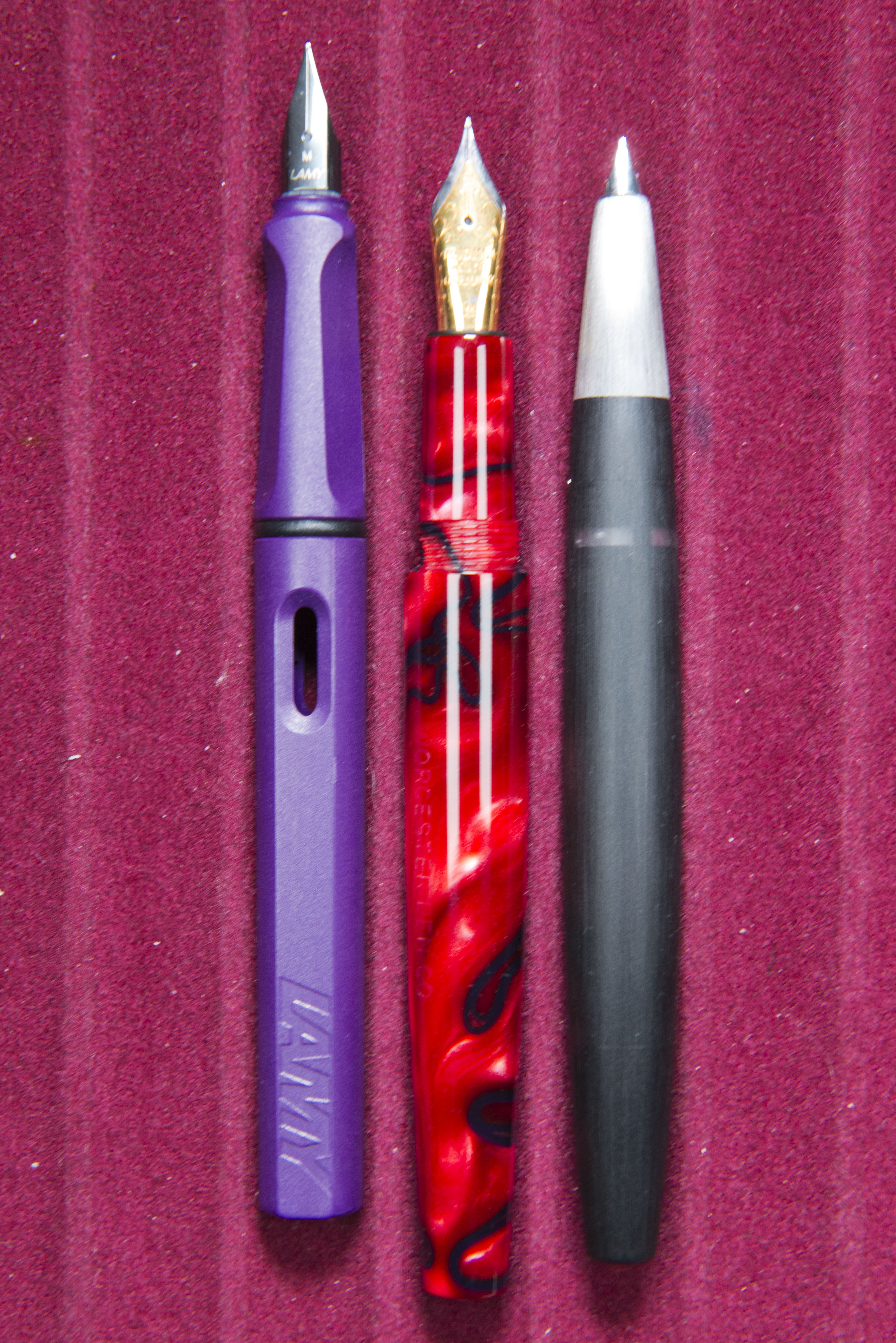 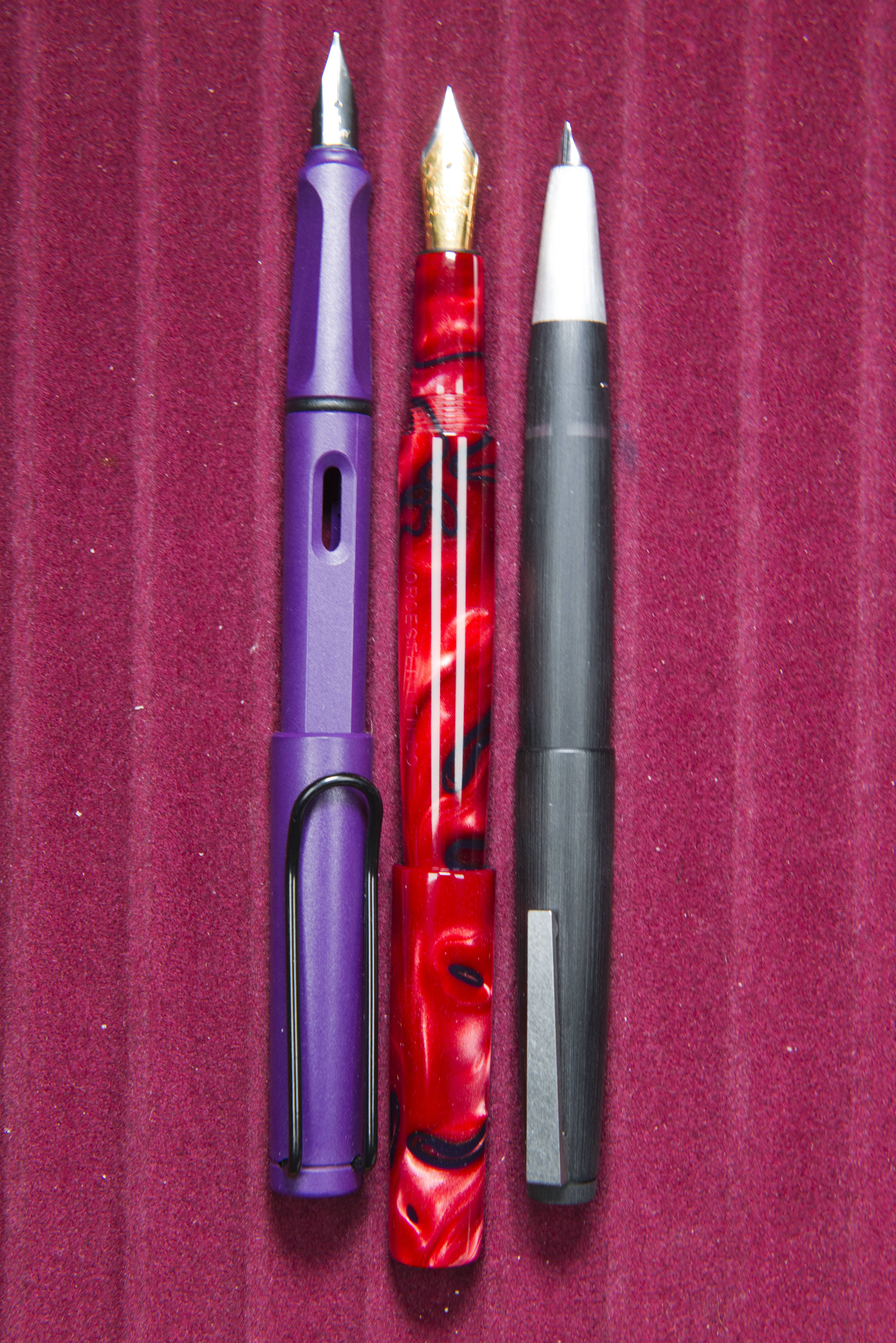 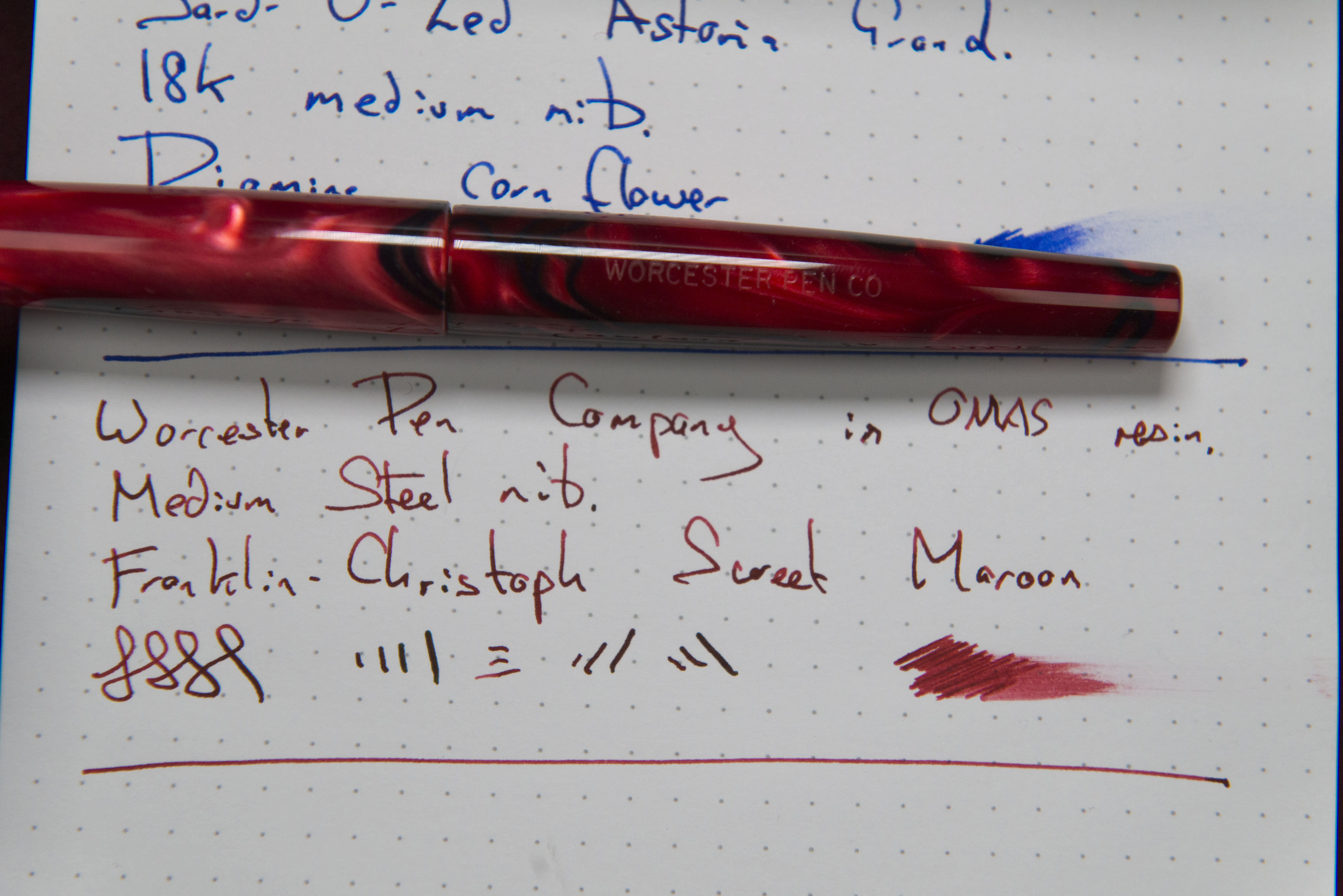 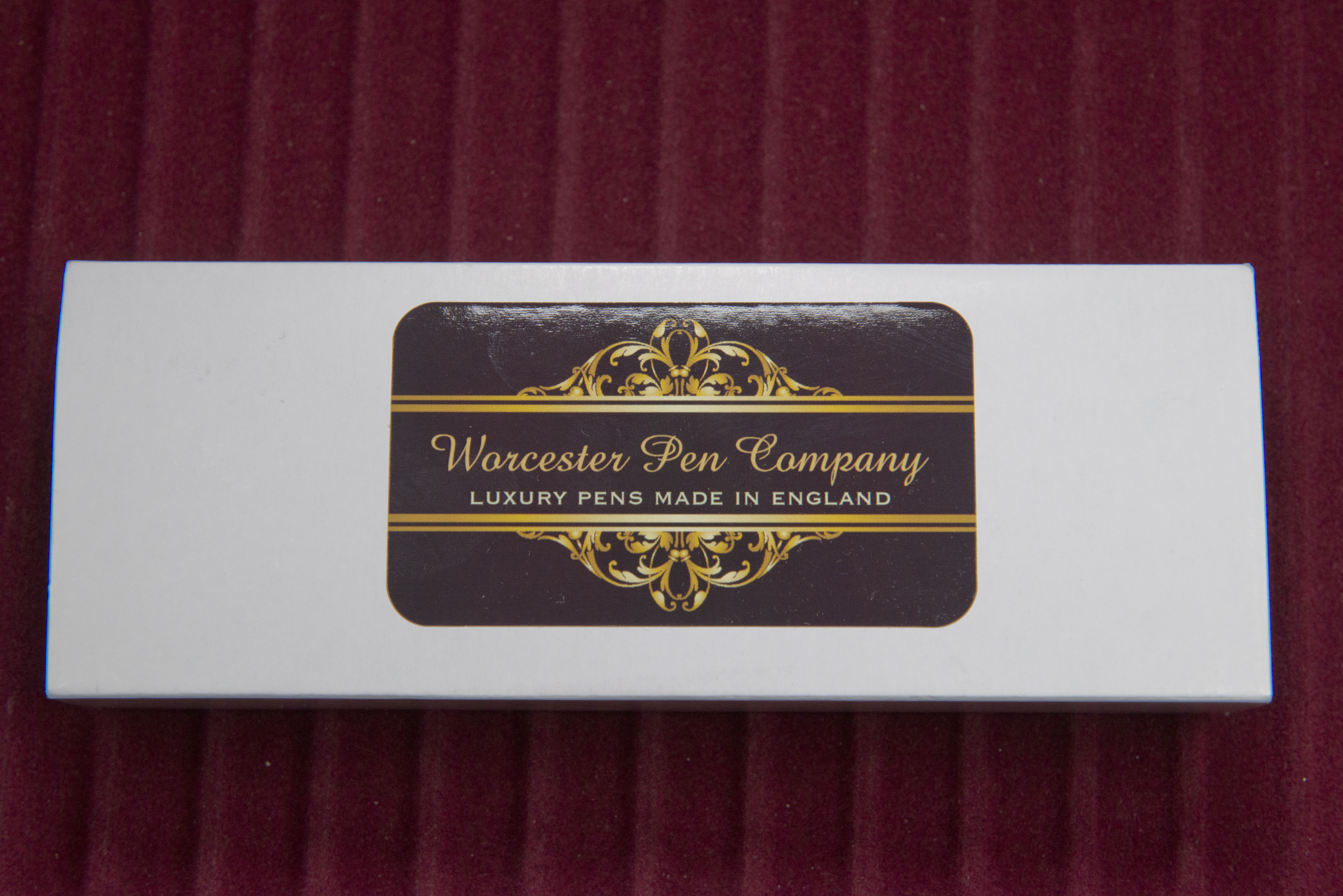 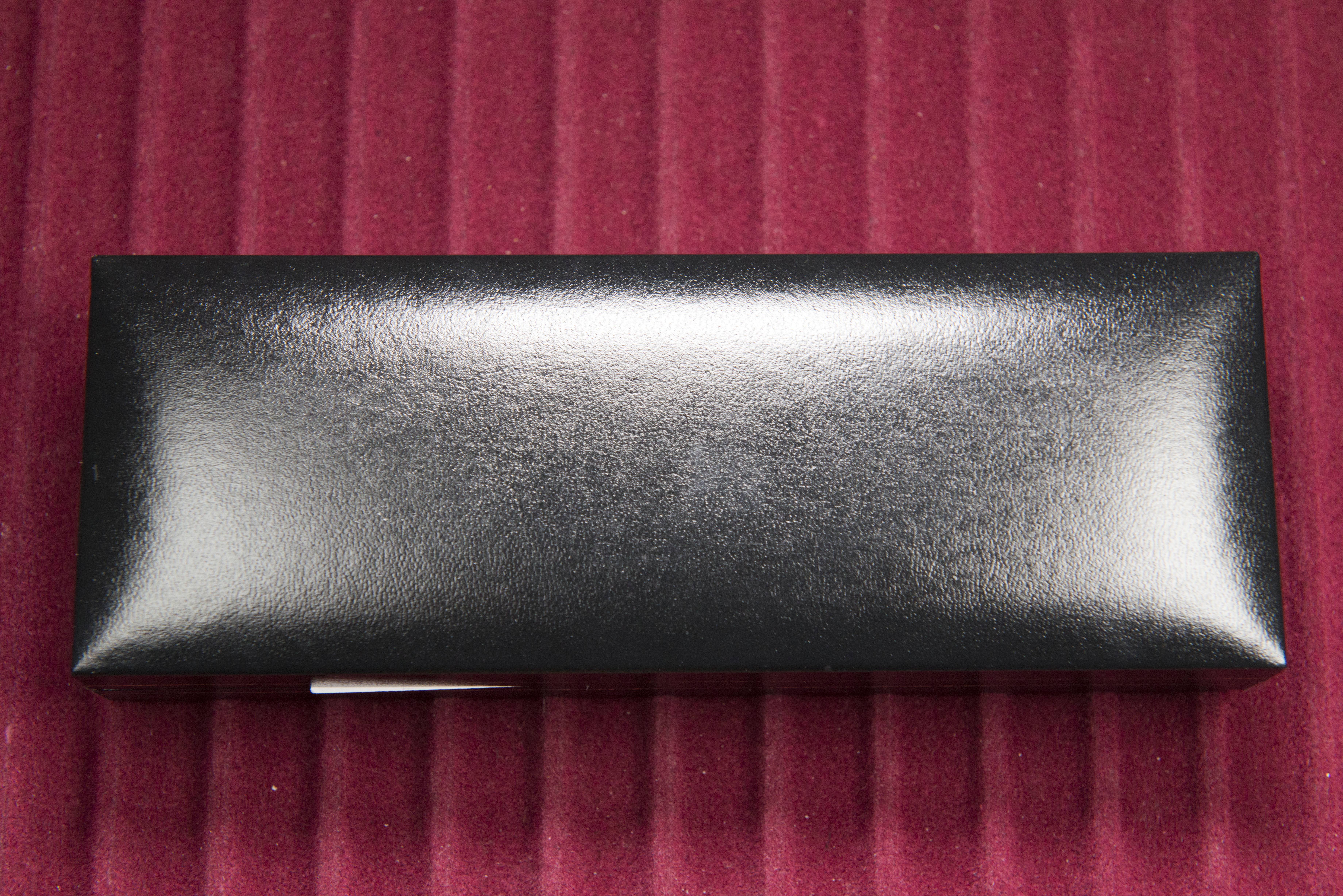 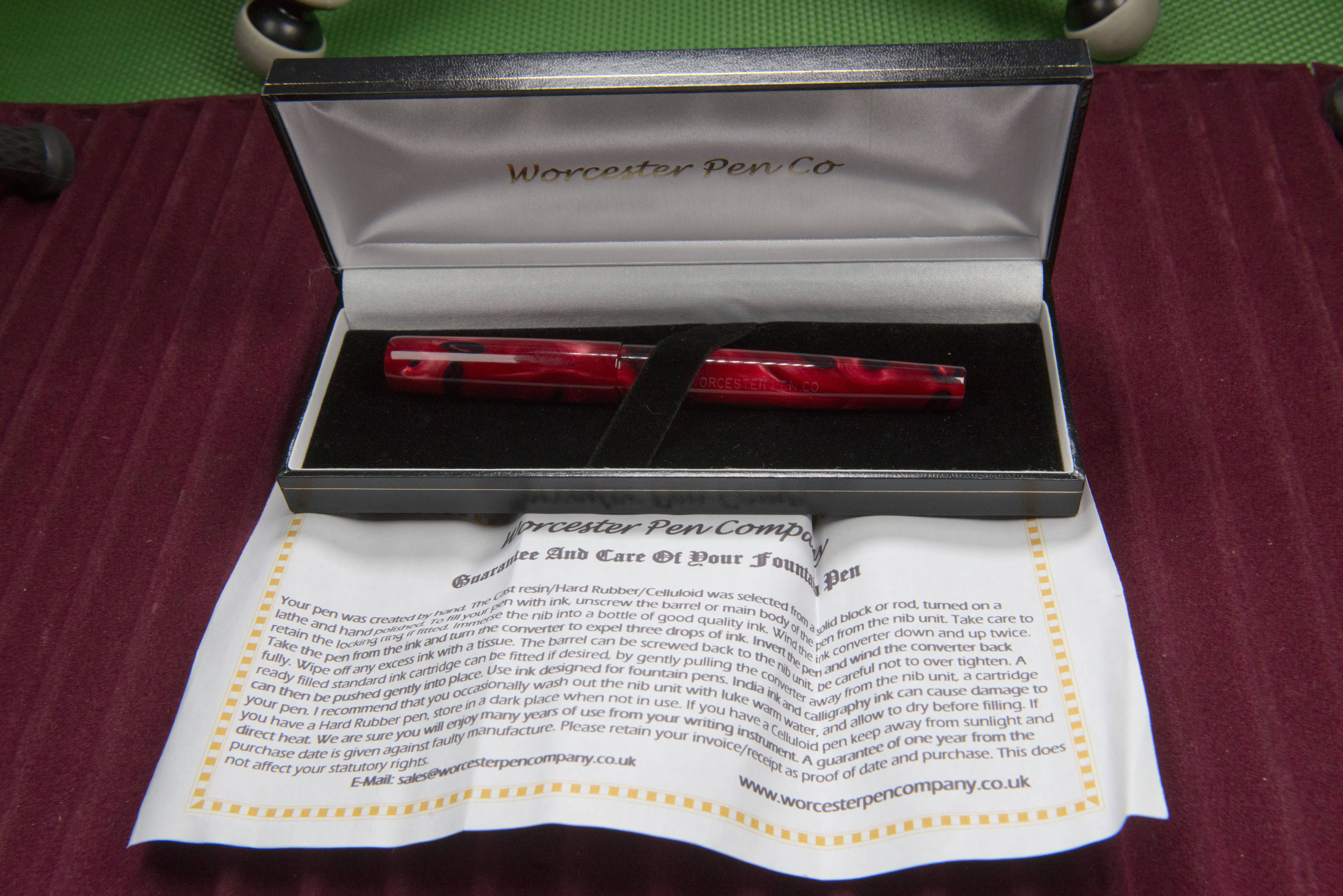 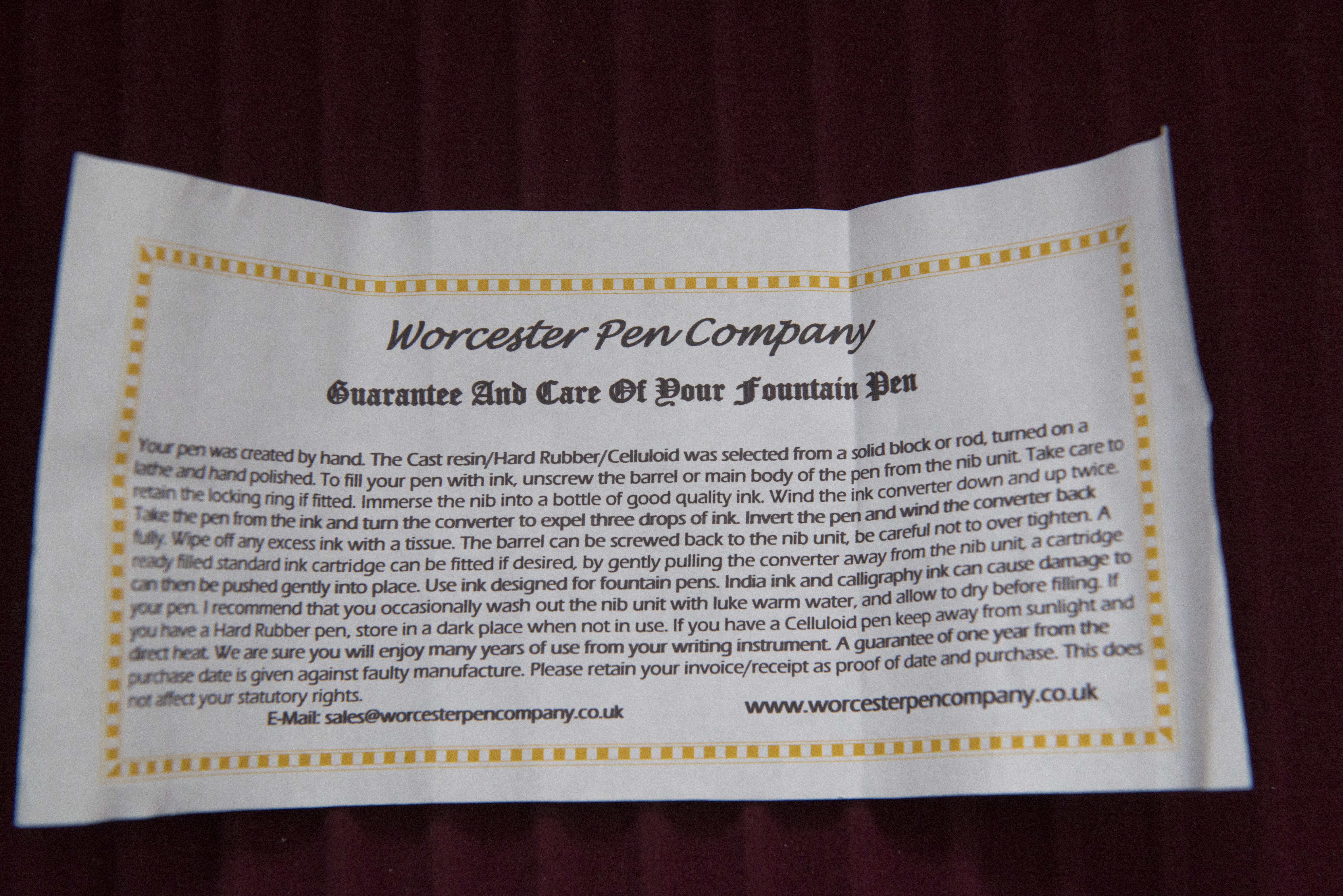