Let’s be honest.  It was not just the textured pattern of the Kumpoo limited edition 3776 Century pen from Platinum that made it so popular.  It was also the turquoise colour.  A colour that did not quite match any of the inks out there.  Except …..

… on some of the posters/adverts for the pen there was also a recipe.  A recipe using Platinum Mixable inks.  The ratio was 12 parts of Aqua Blue (code QB) to 1 part of Leaf Grean (LG).  Tempting but for a few things.  First, while I have a decent selection of inks and have just had to purchase a third Col-O-Ring deck, I’m not actually an ink collector, I just seem to have gathered bottles and samples (particularly when I was trying to find the right turquoise and teal) over time, and also find card testing/sampling ink useful for myself and also my friends at the pen clubs I attend.  Next, the mixable inks at the time were expensive and also only in 20ml bottles (in the UK).  Finally the ratio of 12:1 would mean a lot of leaf green being left over (and I have enough green inks as it is).

I already had a few 5ml syringes so extracting 48ml of the blue and 4ml of the green was not an issue, but where to put it.  I did wonder about going with the all of the blue with 5ml of the green, but felt there was not enough space in the bottle.  The solution came in the form of an empty large Akkerman bottle I had been been given around a year ago (thanks Dave).

So now I have an ink to match the pen, with lots of it to spare (plus enough of the aqua blue and leaf green to make another 13ml).  Am I going to mix any more inks?  Unlikely, but then we’ll have to see what limited editions Platinum produce in the future. 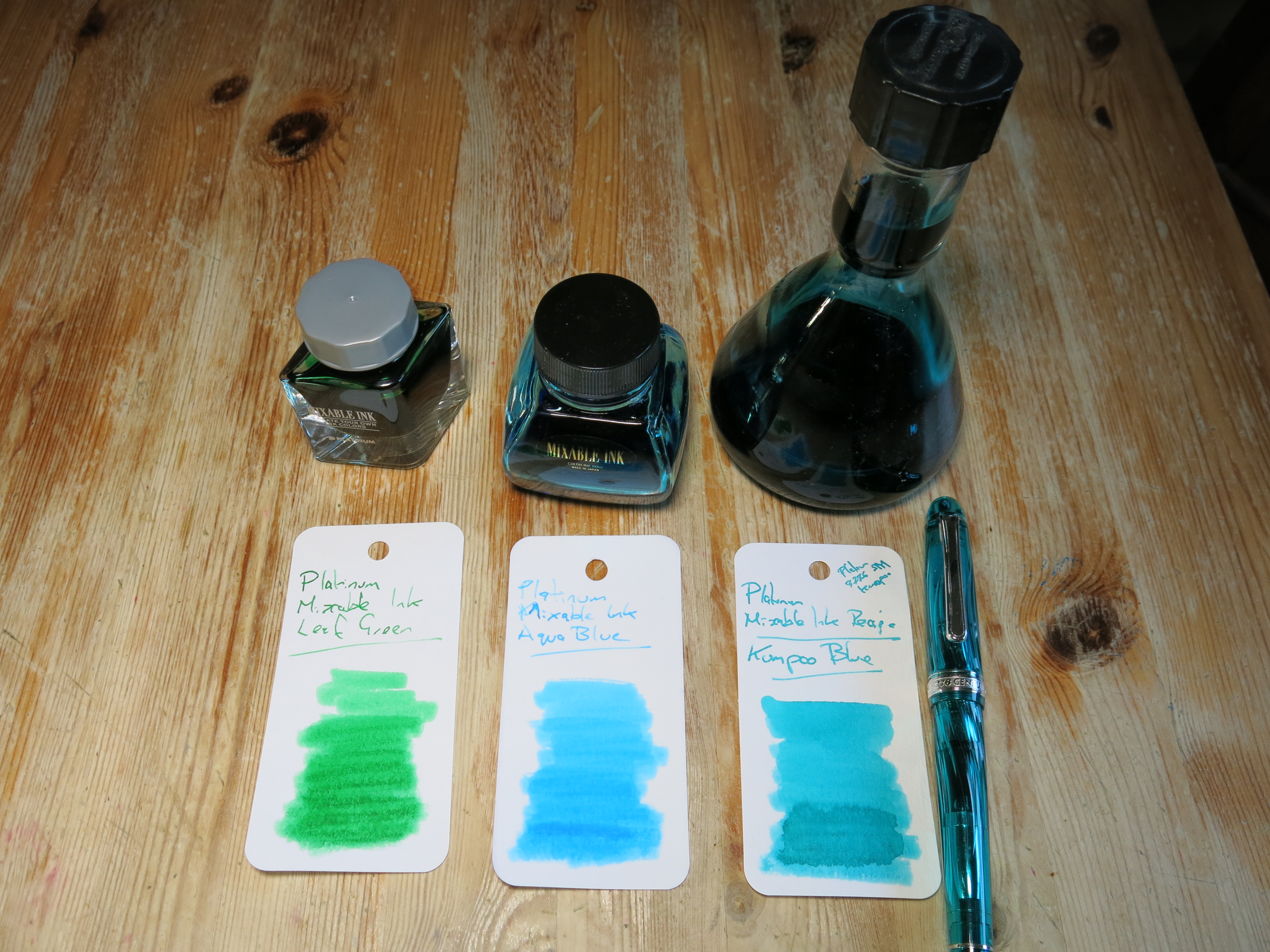 Platinum did have the recipe card on the Kumpoo page, but that is now down, so care of the FPC Ink Community (found through a google search for the recipe): 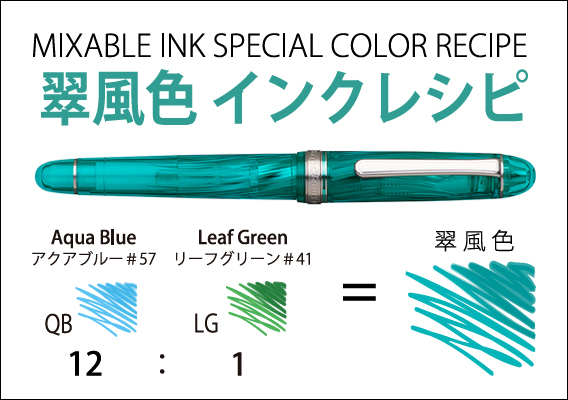