I must admit I’ve tended to overlook Kaweco pens in the past and while I saw that the Sport and it’s derivatives were really just pocket pens, being (in my mind) too small for practical use even as a pocket/handbag pen.  Who would have thought my near addiction to a French fizzy drink would result in my purchasing and using a limited edition version of one.To segue.  Even as a Brit, I’ve been drinking Orangina since I was about 5 or 6.  My family would go on a driving holiday in France each summer and it was the staple drink for me and my sister (eclipsing diablo menthe and grenadine).  At the end of the holiday my father would make sure he had filled his and my mother’s duty free alcohol allowance (think it was 1.5 litres of spirit 6 litre of wine per adult at the time), while I would come back with a couple of blister packs of the famous Orangina small glass bottles.  I was a student at Wolverhampton Polytechnic when it finally started to be sold in the UK and it became my standard drink while I could afford it (which as a student with a car was not long). 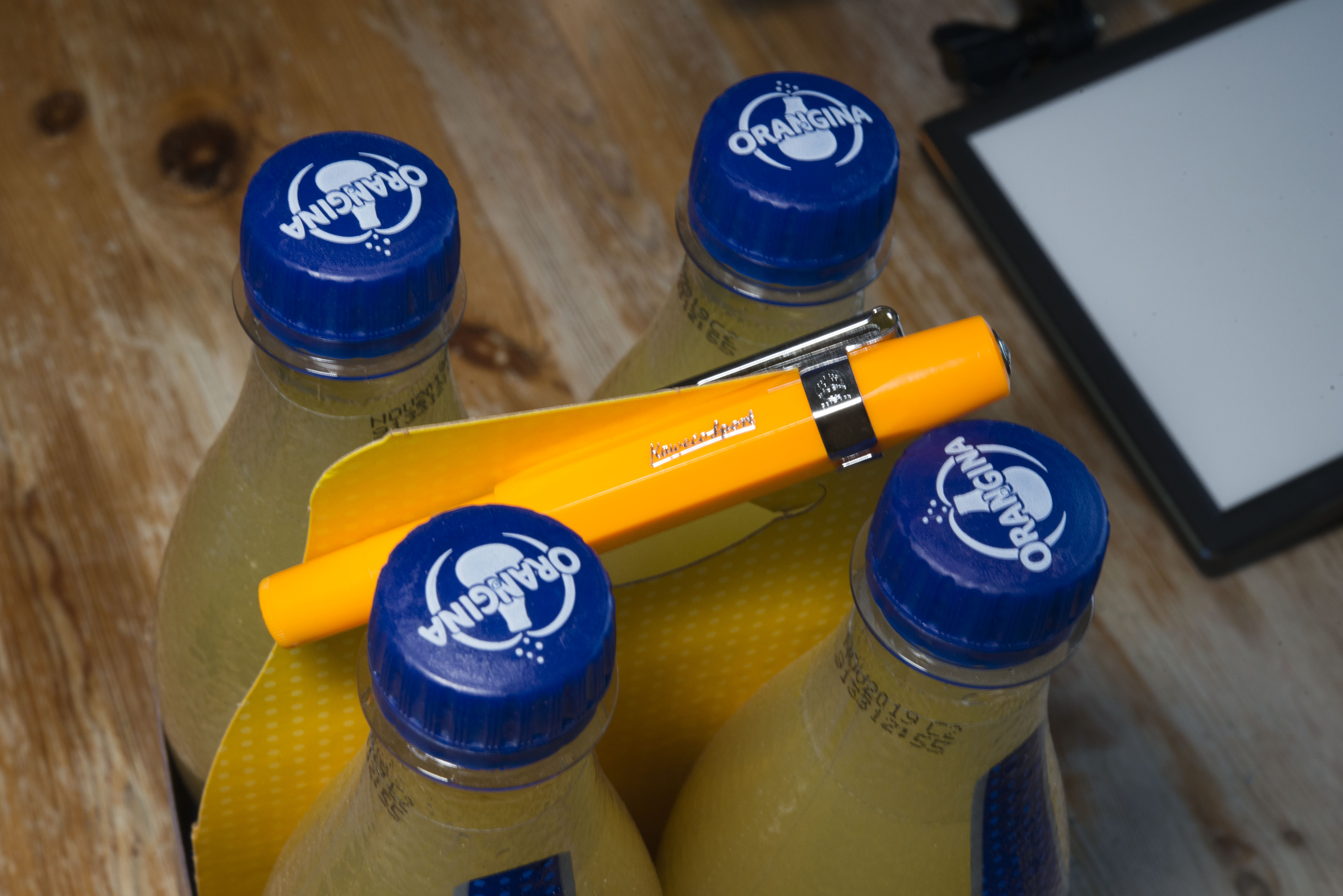 So move forwards around 30 years and Kaweco bring out a limited edition pen to be sold in Spain.  I’m not sure who decided to name it Orangina, but while it suited the colour, I’m sure any Spanish speakers out there will happily point out their translation of orange is naranja.  In addition, while there is no Orangina branding on the pen, it does seem odd to have an item named after a French fizzy drink, but only sold in Spain (was the naming a clumsy coincidence?).  This edition of the sport is still available from FP Nibs (where I got mine) and Fontana Penna for about €38-40 (the FP Nibs price excludes tax).  This might seem a lot for a Kaweco Sport, however it also includes both the clip and presentation tin, neither of which are standard and would cost another €8-10 between them.

The pen comes with a single cartridge, as well as the afore mentioned tin and clip.  It can be used as an eye dropper, and I did this for over a year, however my pen did suffer from burping, especially when being carried around while under a quarter full.  I would open the pen (normally to update a shopping list part way round a supermarket) to find ink all over the grip section.  A few months back I gave up and went for syringe filling an international standard mini cart instead.  Note you can get a mini converter for this pen, but it does not have a good reputation. 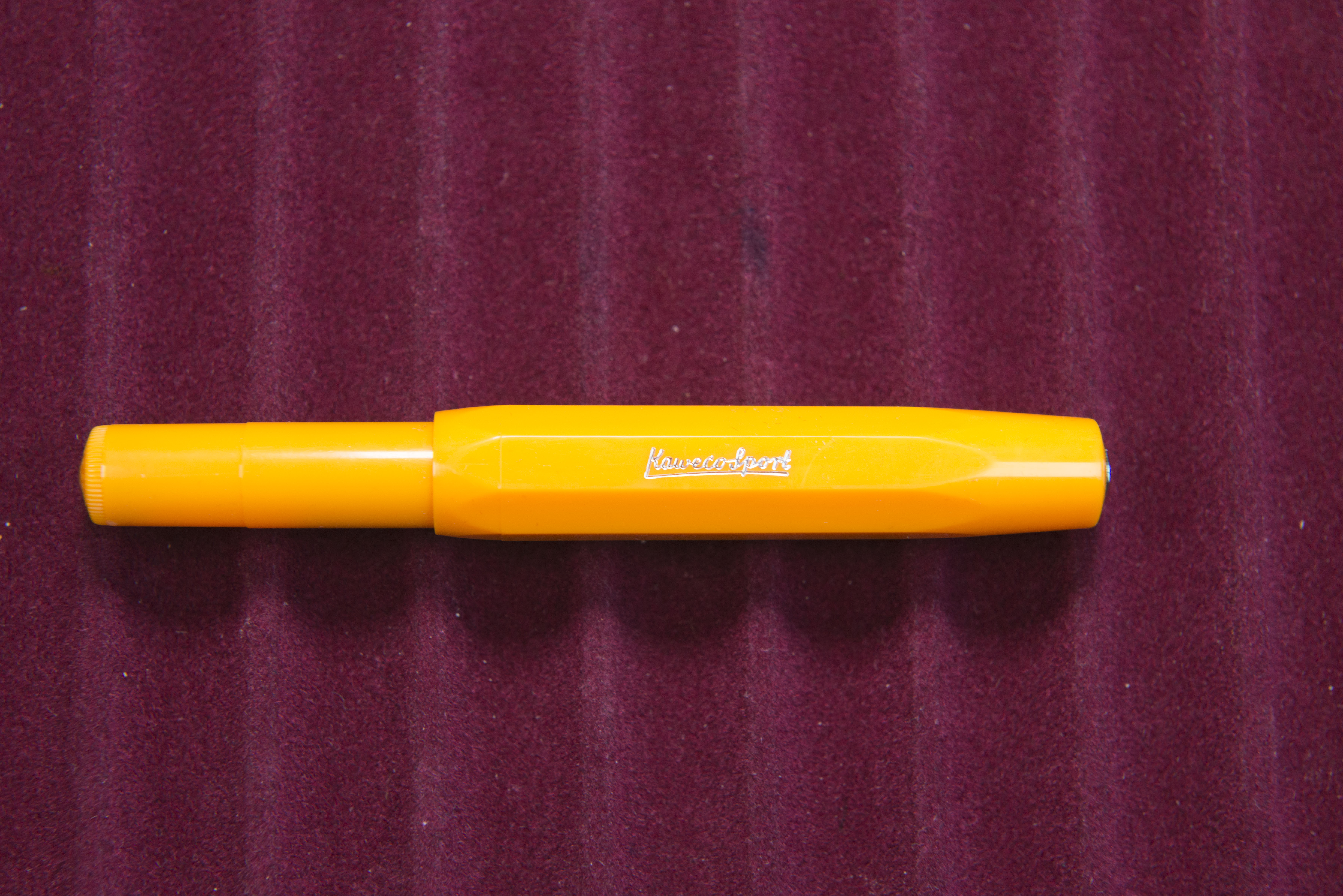 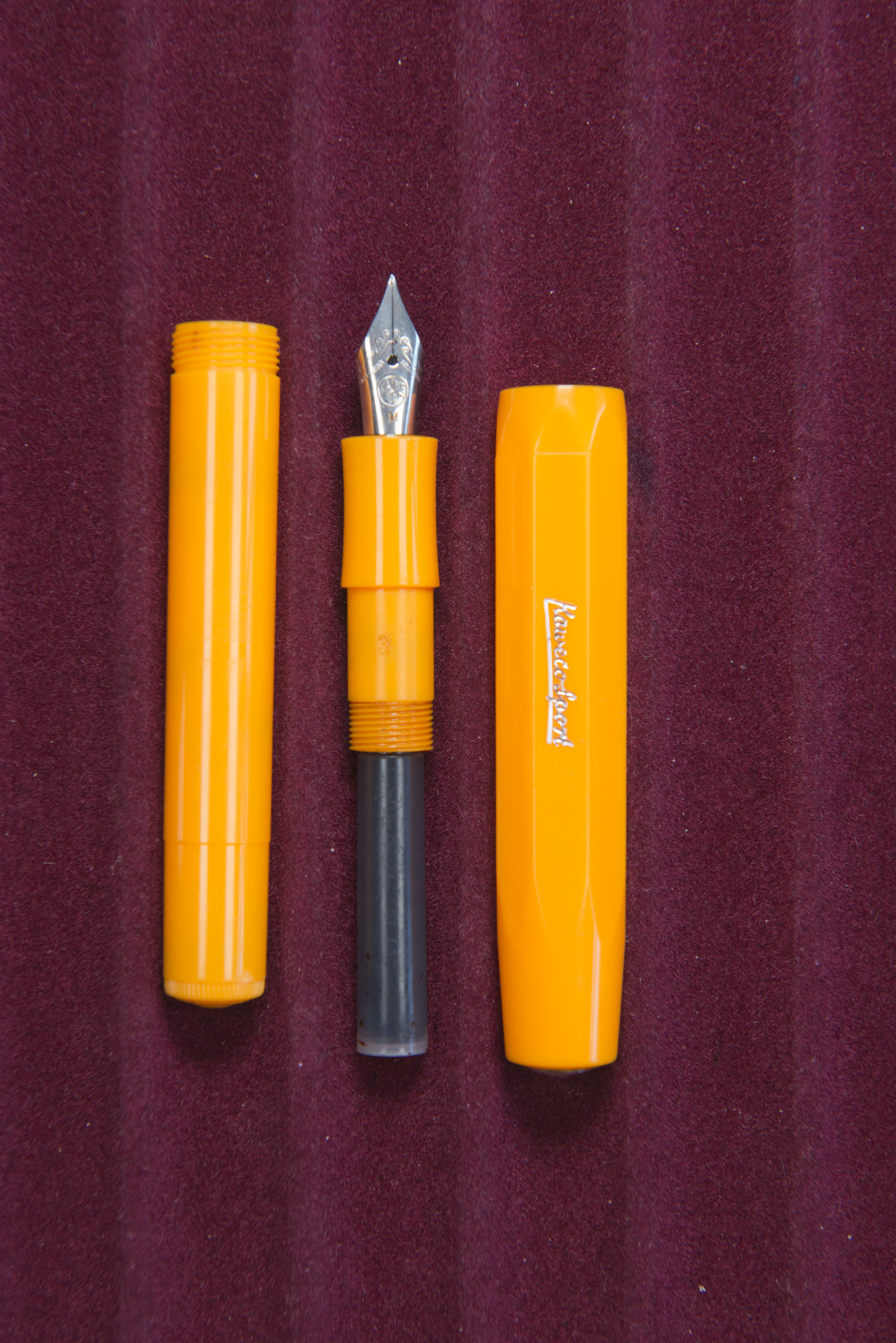 Size wise it is small.  The Sport range of pens are pocket size almost to the extreme.  The cap is as long as the barrel and is designed to slide on to the back. making the pen usable in length, though still on the shorter side – people with large hands might struggle to hold the pen.  While plastic, the pen does feel tough, and that it will take a battering.  The way the cap works also helps towards that, as it acts as a double layer for around half the pen when posted and two thirds of the pen when closed.

I would like to say the cap is secure.  When posted, yes, but when protecting the nib I have found it work slightly loose while in my pocket, and on two occasions the pen has actually fallen out of the cap.  Both times the pen was attached to my pocket journal in a cargo pants leg pocket resulting in inky trousers (which with red ink made it look like I had been stabbed in the leg!). 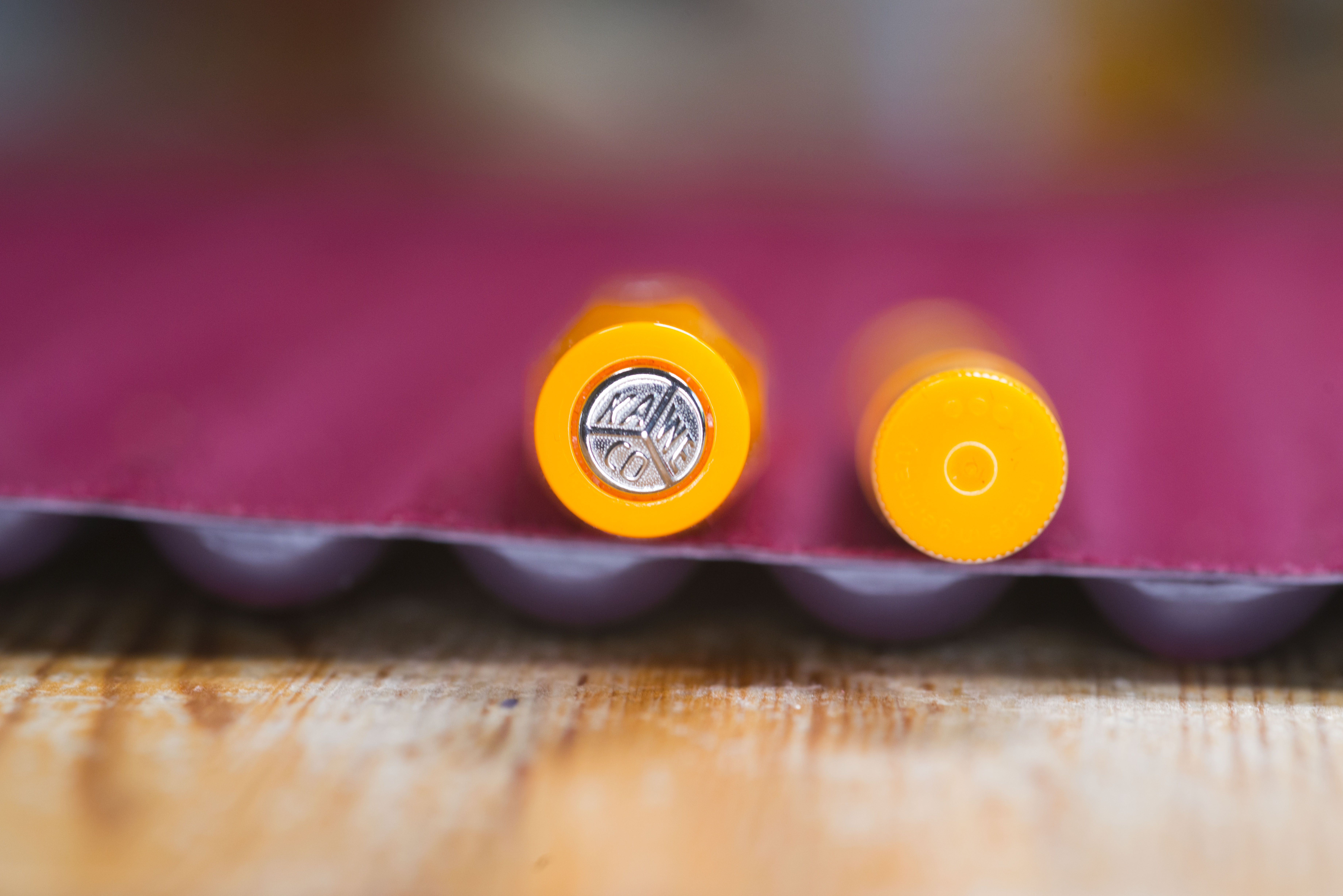 The cap finial has a branded raised disk on it.  One slight annoyance, even for such a cheap pen, is this does not line up with the branding on the cap.  In the picture above the Kaweco name is on the top of the cap, but the logo is about 10-15 degrees out.  The barrel finial is flat and lightly stamped with made in Germany and the connection point from the injection moulding is still visible, though indented.

The nib is suitably sized to be in proportion with the look of the pen.  While branded Kaweco, these are made by Bock and have a mixed reputation (apparently the latest ones might be made by JoWo, hopefully improving things), mine worked fine out of the box.  It is certainly smaller than a European generic #5, probably being a size #4.  When used as an eye dropper, as I originally did, the nib was neutral in ink flow, not wet, but not dry either.  Since switching to using a cartridge the flow has reduce and I do get the occasional, though short, hard start.

In the hand the pen needs to be posted else it is just too short.  While shopping I do find myself using just the body for quickly marking items I’ve found or adding notes, but it is a clumsy, lazy way of doing things with the pen only touching the gripping fingers.  Posted the pen is a decent length, light weight, and well balanced, though still on the small size.  The clip slides on and off the cap, maybe a little too easily.  If in a pocket I would suggest pulling the pen with a finger on the clip else if may come off.  For me this does actually have an advantage as I keep my pen with my Midori Traveller Passport using the clip hoop (as opposed to pen hoop) and so tend to leave the clip embedded (as it can be hard to put back in) and just slide the pen off. 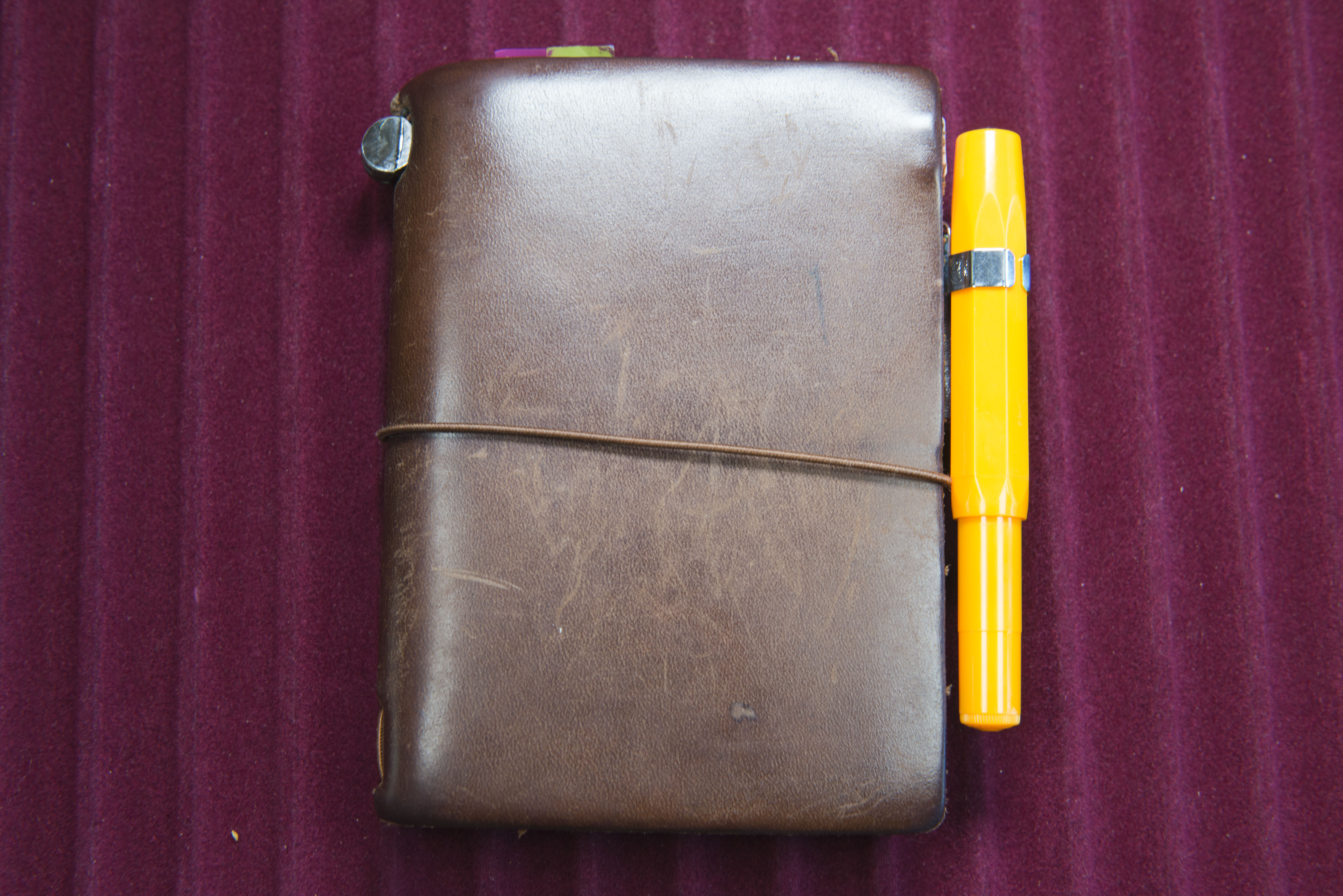 Despite my comments over the pen easily coming out of the clip, I’ve not notice this worsen over time.  Also the cap seems to be pretty scratch resistant, sure I do now have some marks, but this has taken a fair while to develop.  Can’t say the same will be the case for the metal sports pens.

In the following size comparison pictures I’ve used other pocket pens as well as the ubiquitous Lamy Safari. 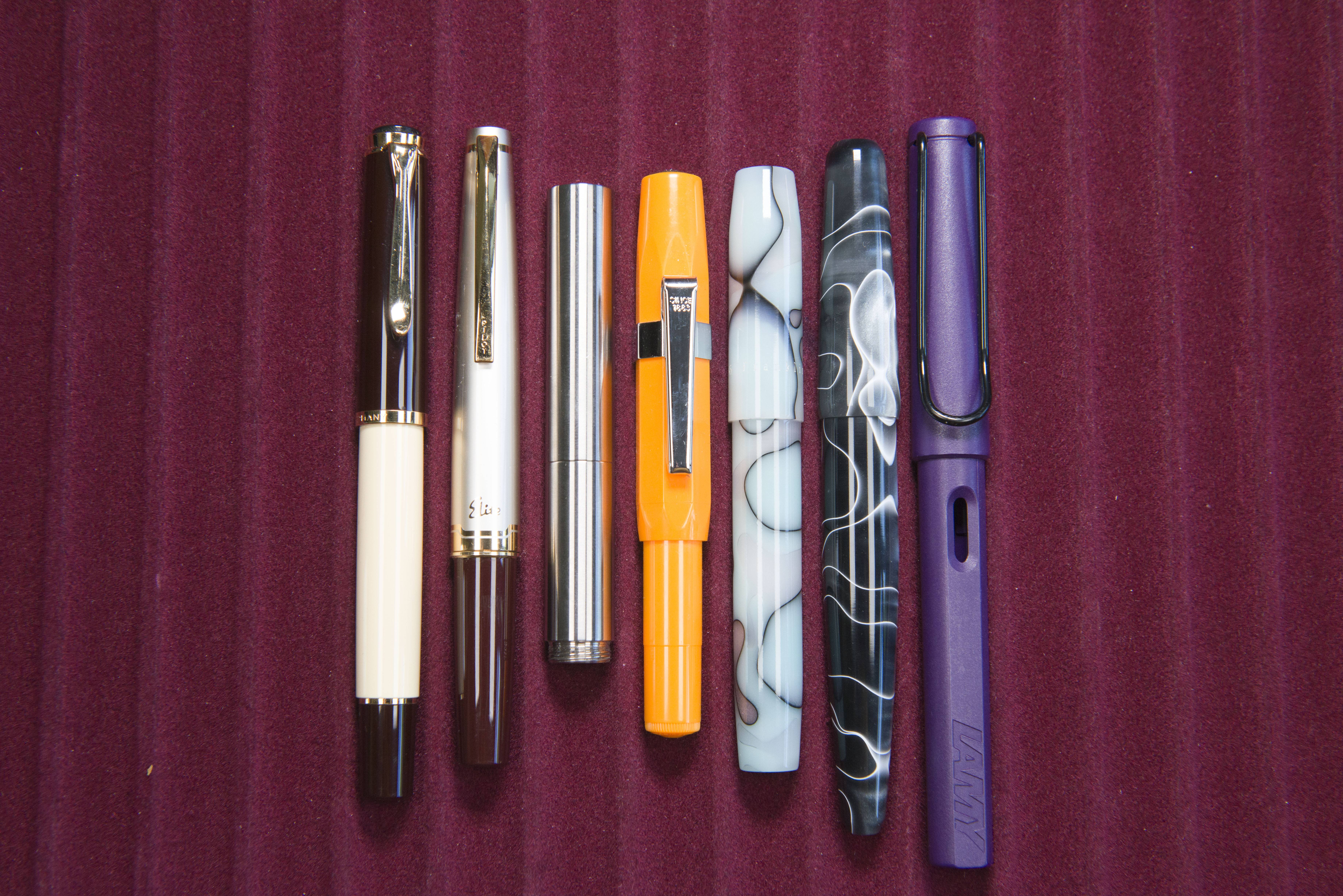 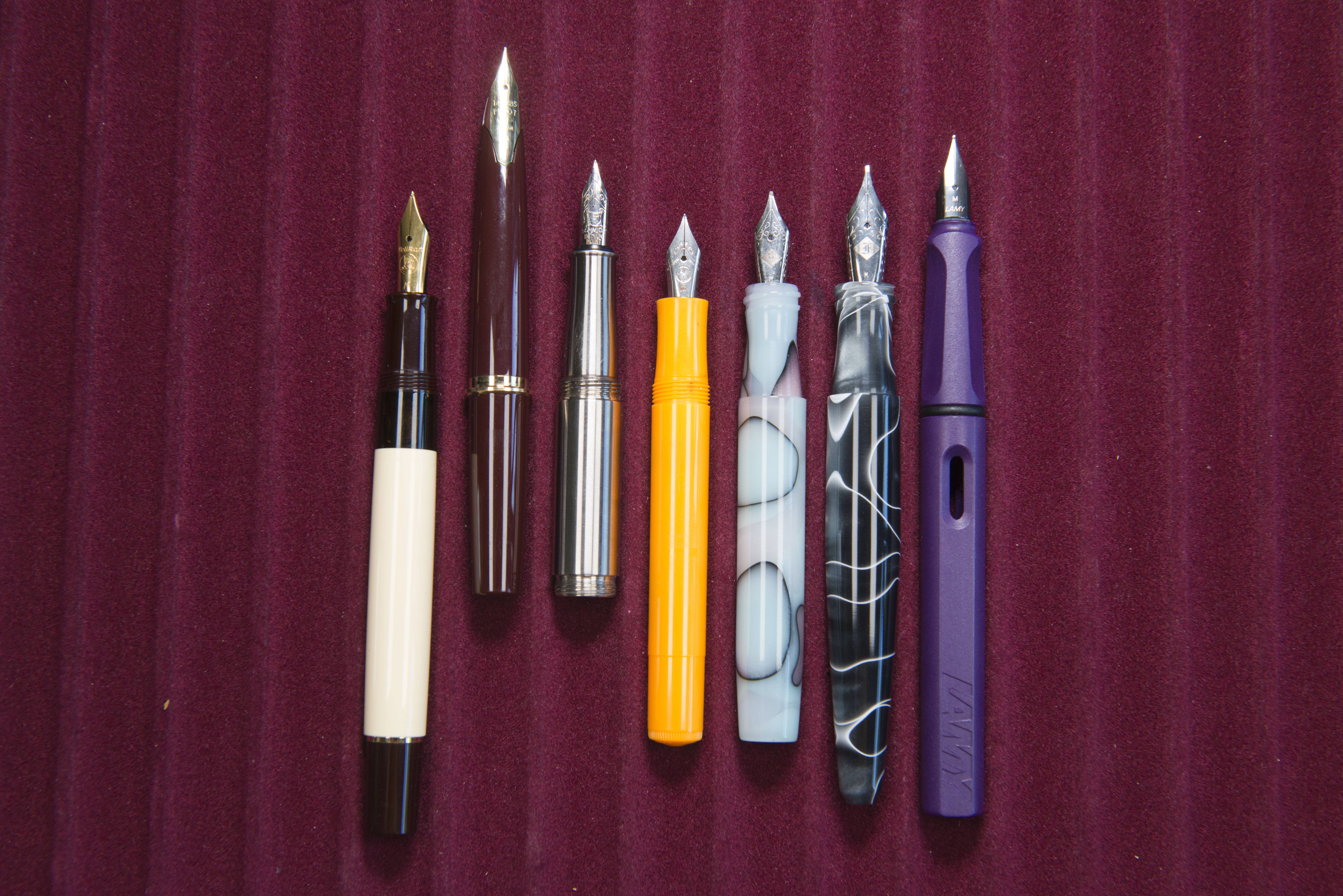 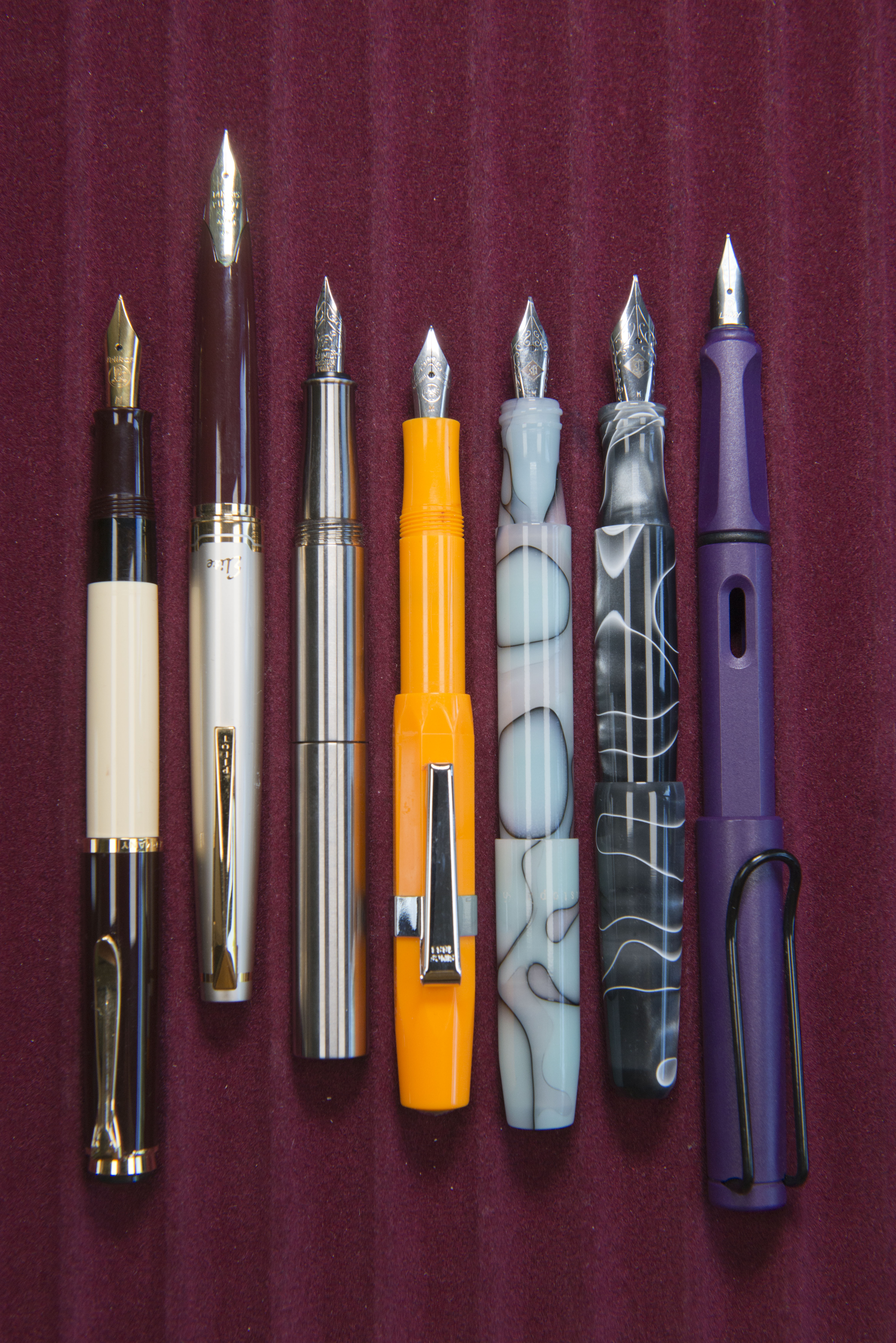 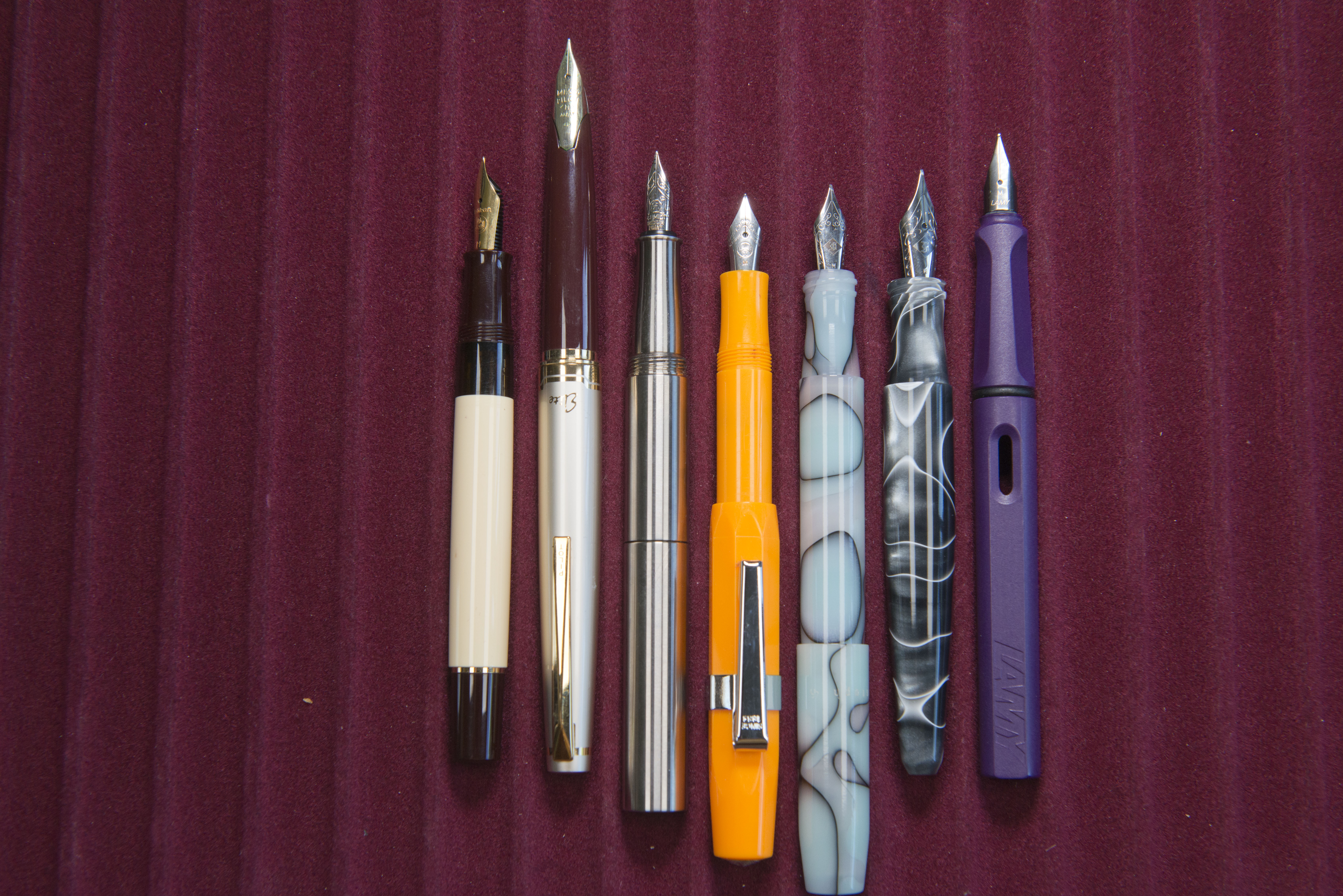 As I would use each pen

As mentioned above this pen comes in the optional presentation tine, rather than just a plastic sleeve. 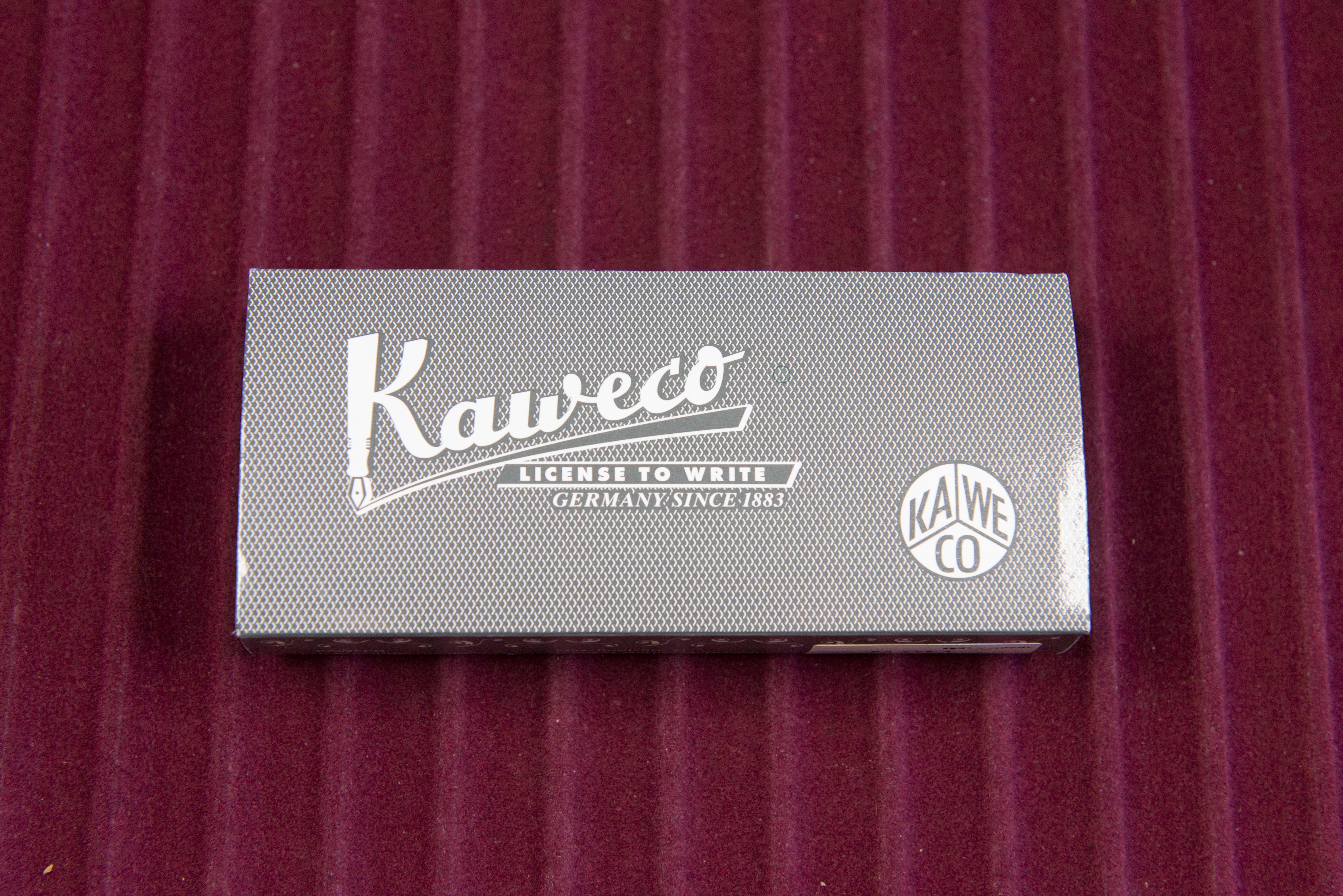 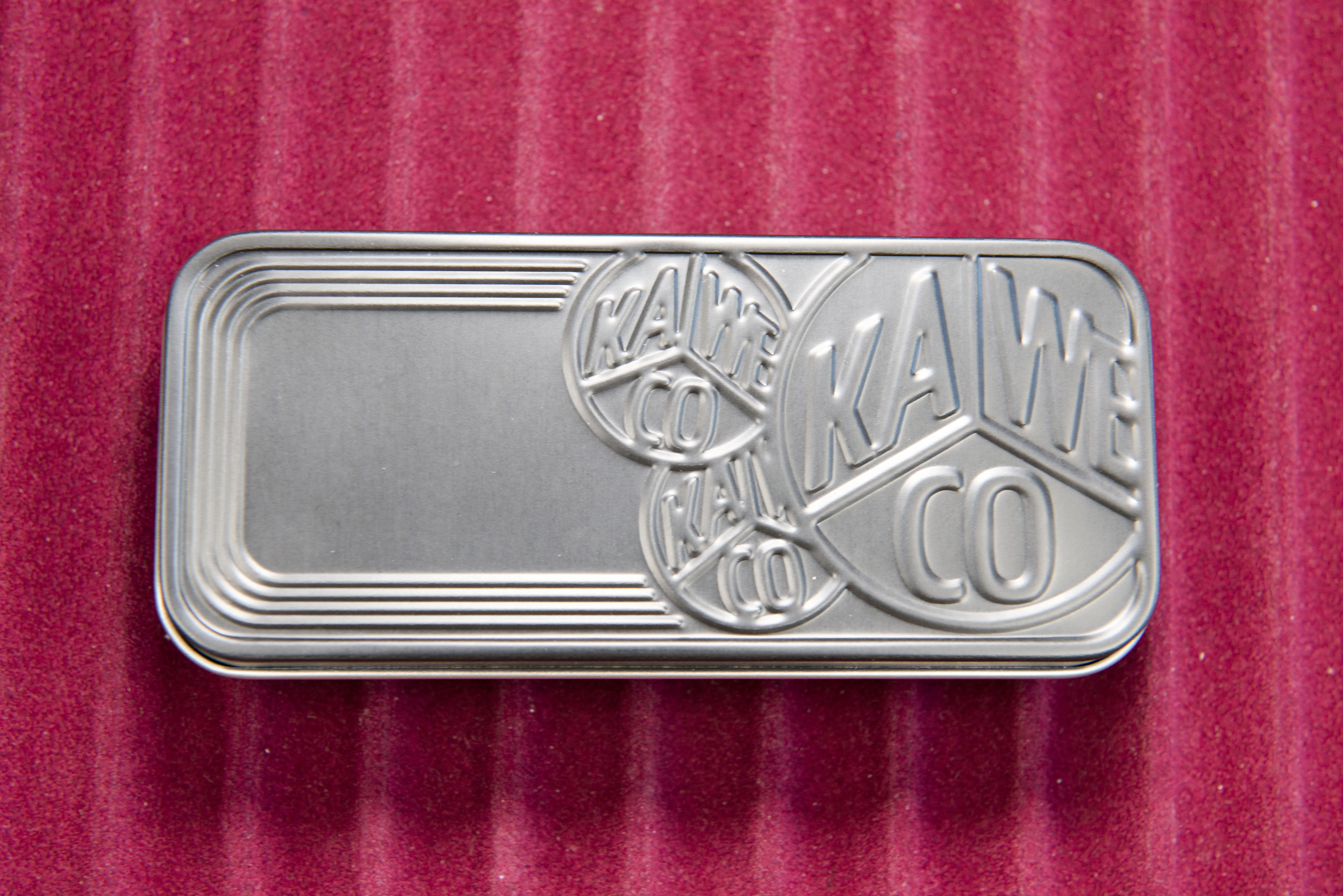 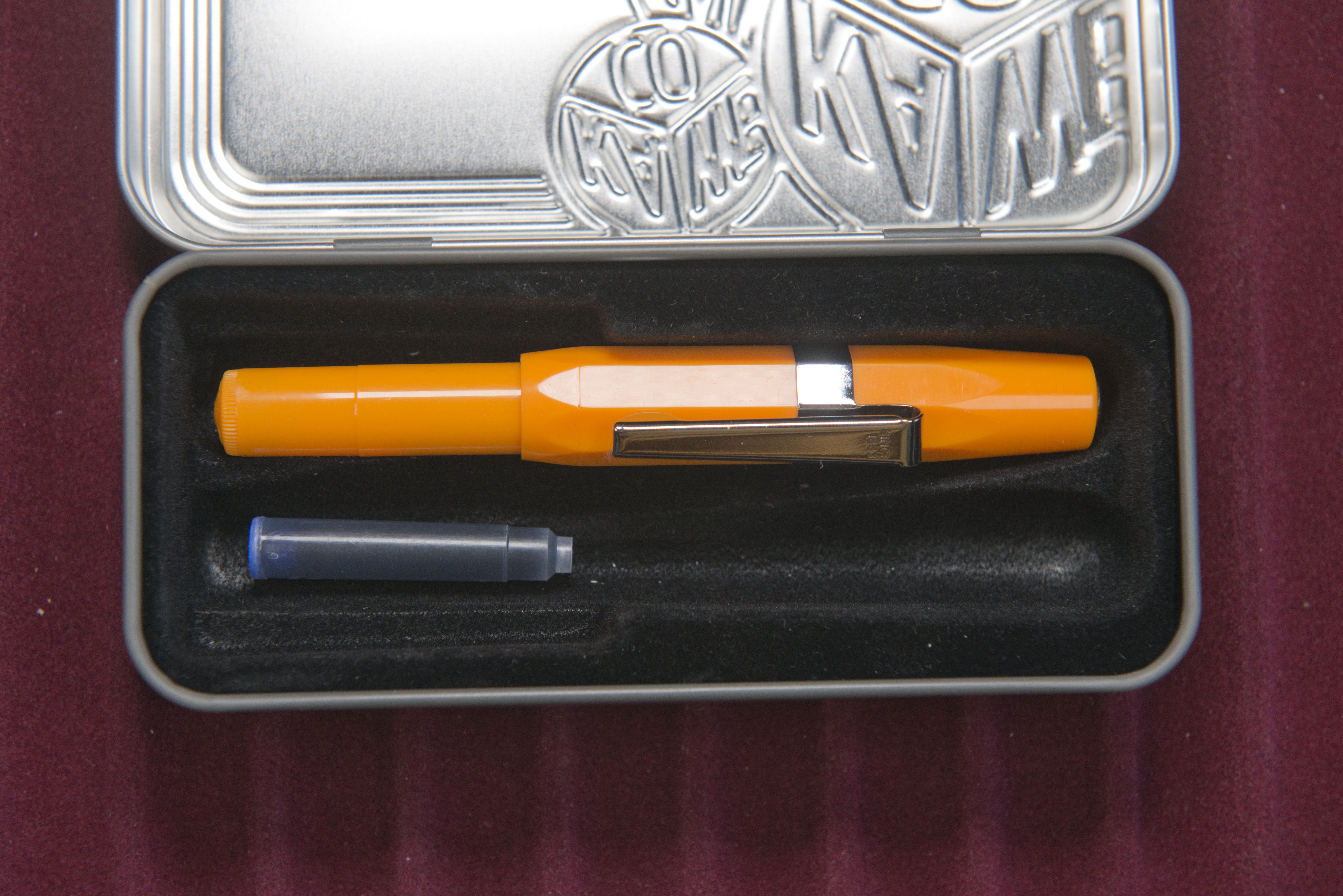 So in conclusion, the Kaweco Sport in it’s not metal form is an entry level pen, which if you do not need the clip, is very cheap.  I’m not sure the tin is worth it so limited editions, such as the Orangina, could be considered over priced compared to the normal pens, though still cheap.  I think for a first or student pen there are far better options out there as this pen is just a little too small and could be easy to lose, but as an additional pen to keep in a bag, small pocket, or car, then this could be ideal.

It is a fun pen, but not enough for me to say “you have to get one of these”, also while mine has been fine, you do hear rumours about inconsistent nibs, still these are cheap and can be swapped out by unscrewing the nib unit (also allowing a variety of nib sizes to be used) and if new then the vendor will swap/fix the nib/pen for you under warranty, it’s just a PITA. 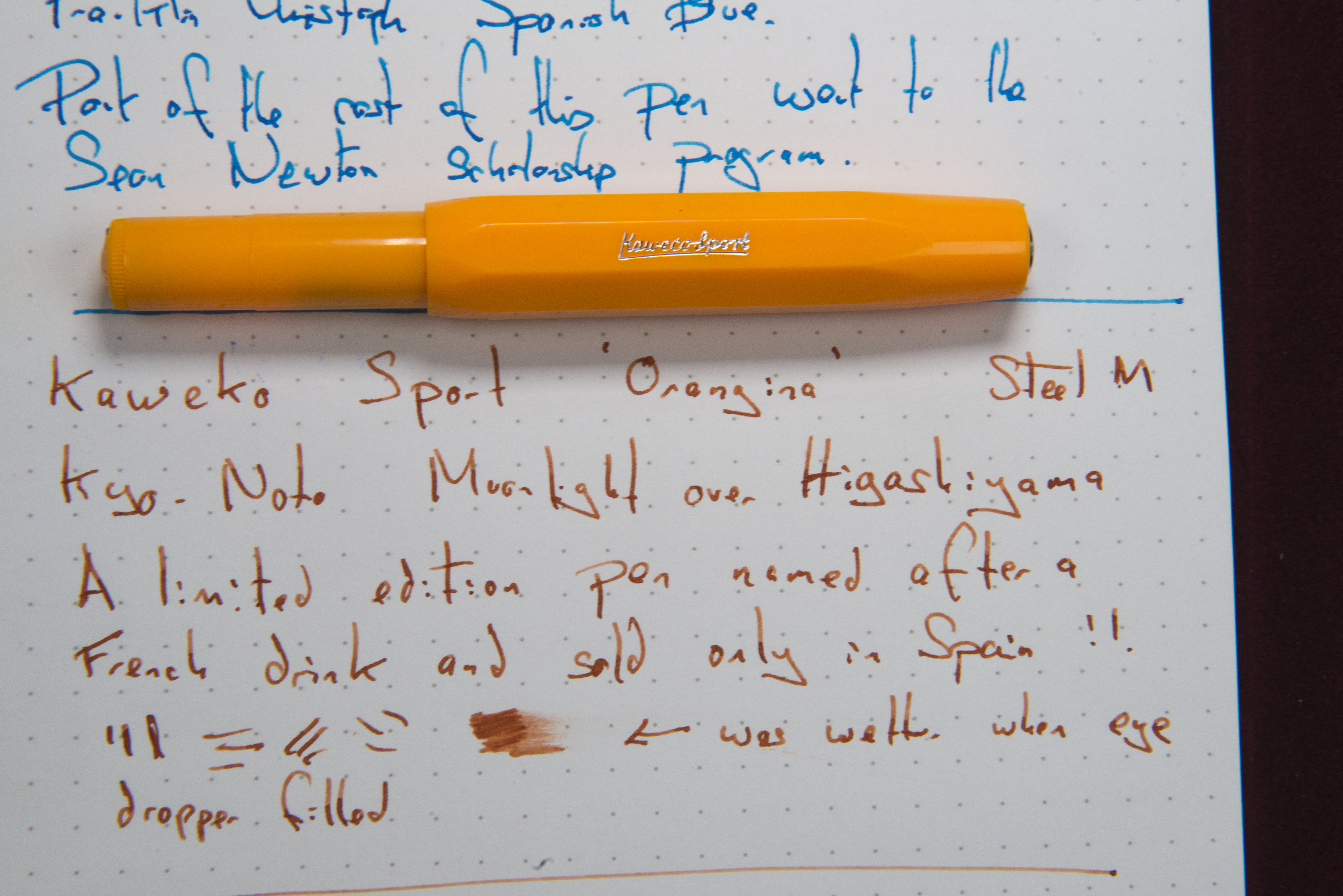 After word – one thing I did not mention above is that the sport model has been made since 1935, which possibly makes it one of the longer produced models of fountain pens out there.