Been a couple of months since I last did a daily carry post, but when I wrote the first one I did say it would not be a regular feature.

First thing you’ll notice is I’m not using the Franklin-Christoph Penvelope 6, but rather my 12 slot Visconti case.  The reason behind this is the desire to use the new pens I picked up at the London Spring Pen Show, partly with a view to be able to review most of them having given the pens a decent use. 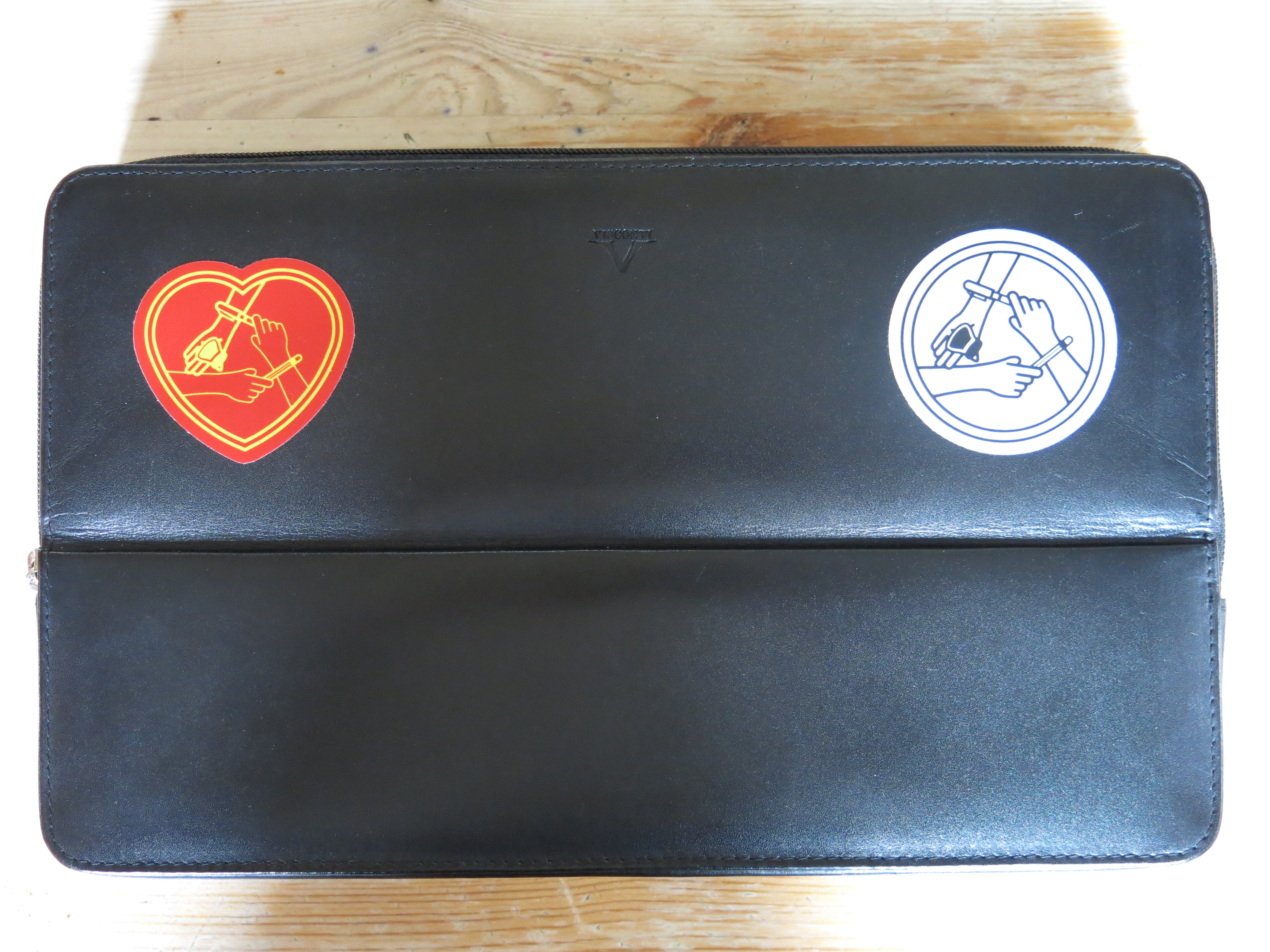 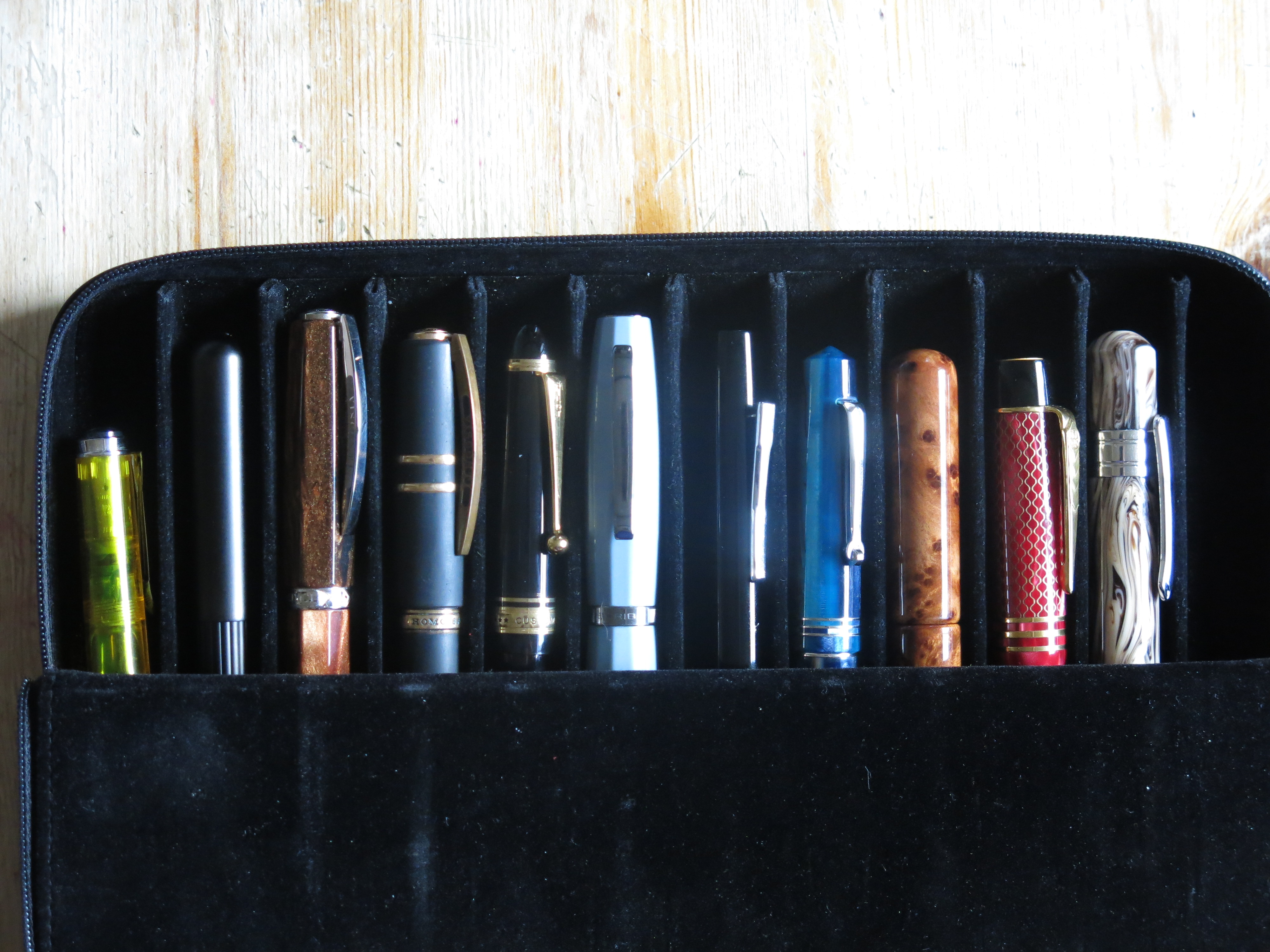 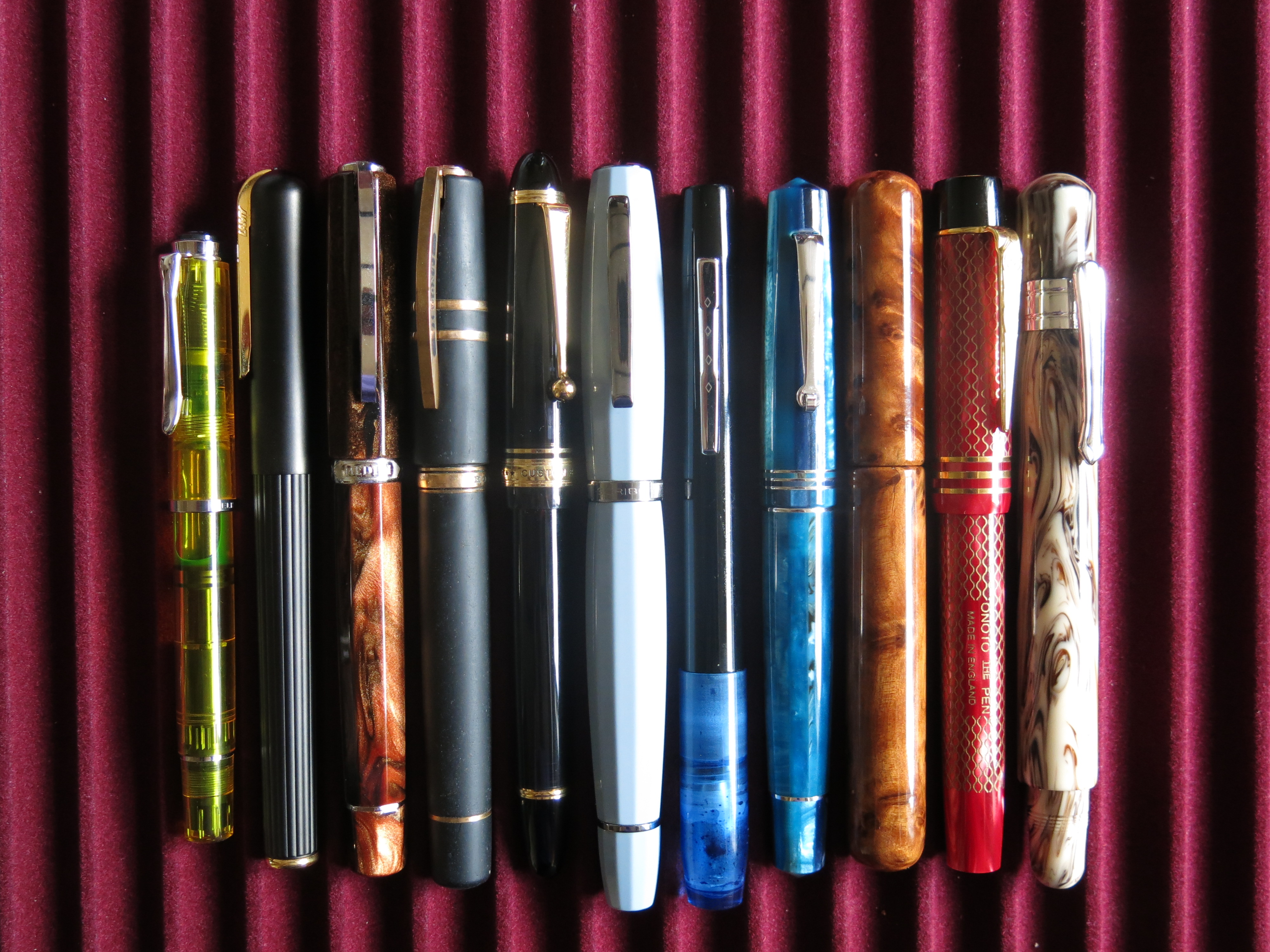 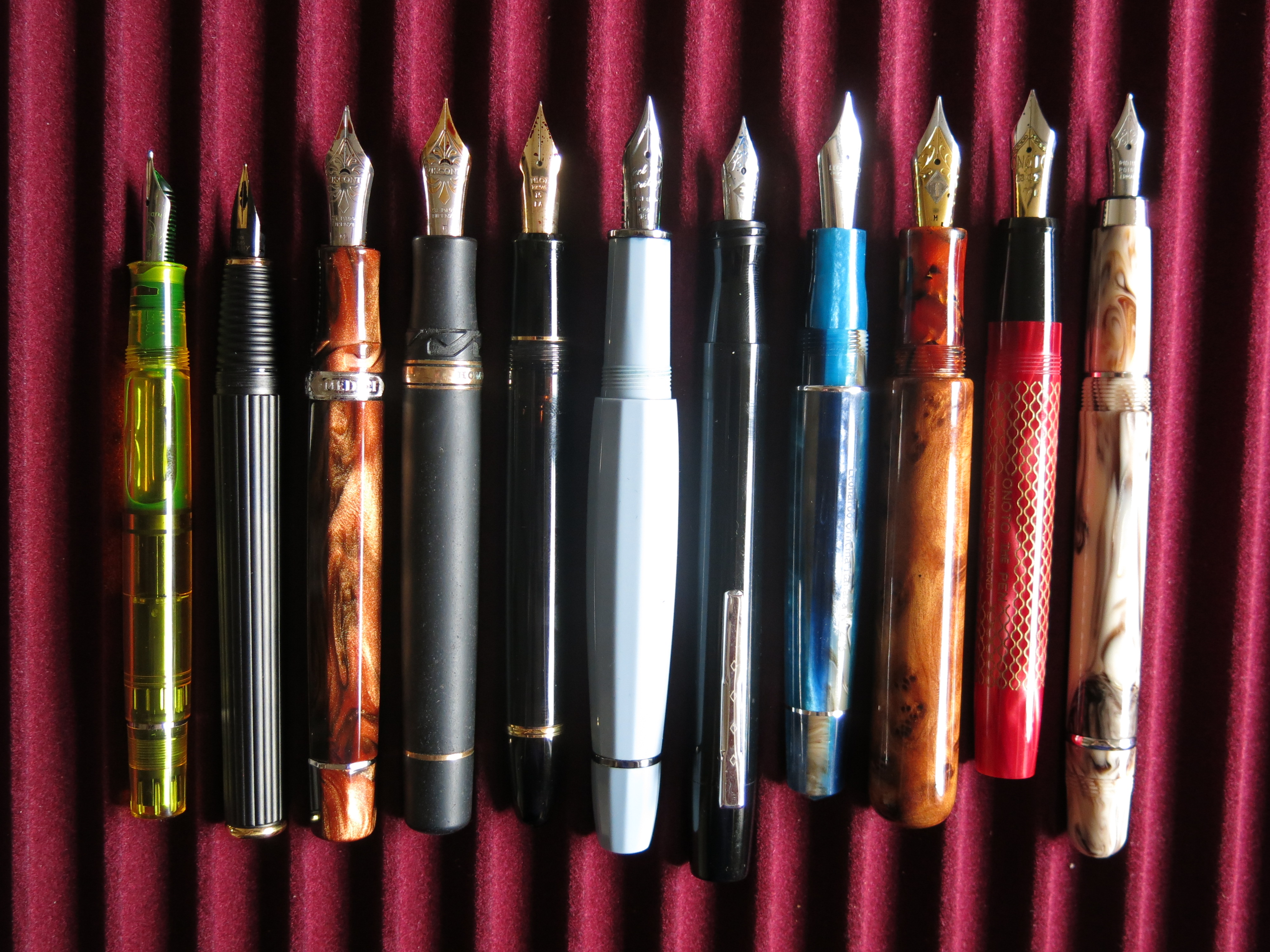 The changes are as follows (with positions left to right):

Going Forwards:
Once I finish testing the show purchases (and reviewing most/all) I will probably drop the two Viscontis.  I just do not use them.  The Medici is nice to look at, but that does not make it an everyday carry, and the Bronze Age feels nice, but again is just not being used.  The Taccia will also go – as I will explain in my future review, it is a good pen, but just not to my tastes (and so will also probably be put up for sale).  I’m not sure yet what I will carry for red ink – the amber Pilot Custom 823 will probably be brought back.  As to the Twiss pen and the Onoto – the former may prove to be a nice ‘grab’ pen as the Powerful Signature Marine Edition is (maybe that might return), and so may stay, time will tell.  Finally the Pilot Custom 823 with the FA nib may also be removed as the ScriBo gives more flex than you would expect for a non Extra Flexible nib. 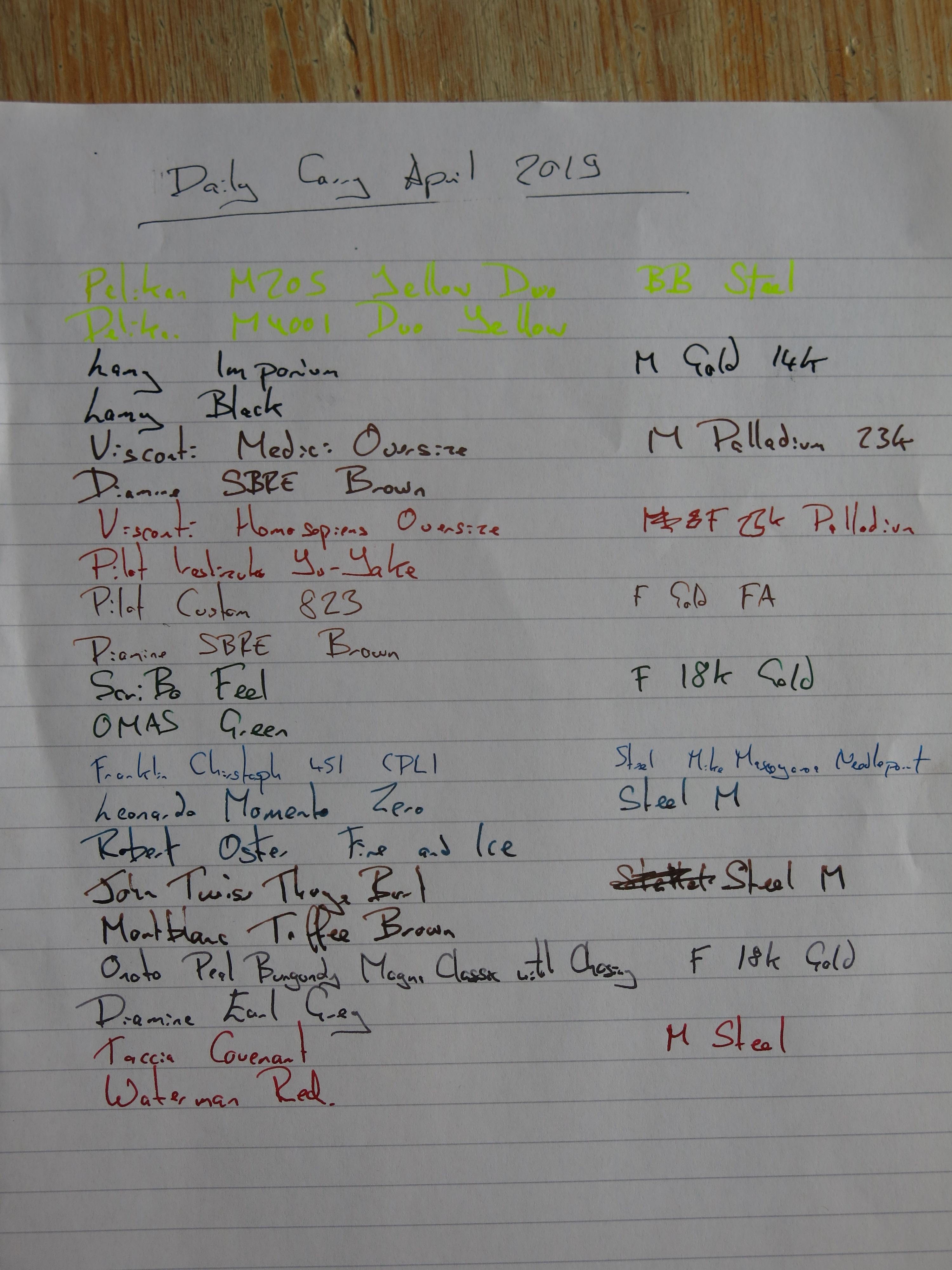