It’s been almost two weeks now and in my last post I only briefly mentioned what I had bought, so here’s greater details and initial views on the pens I picked up at the March 2020 London Pen Show. 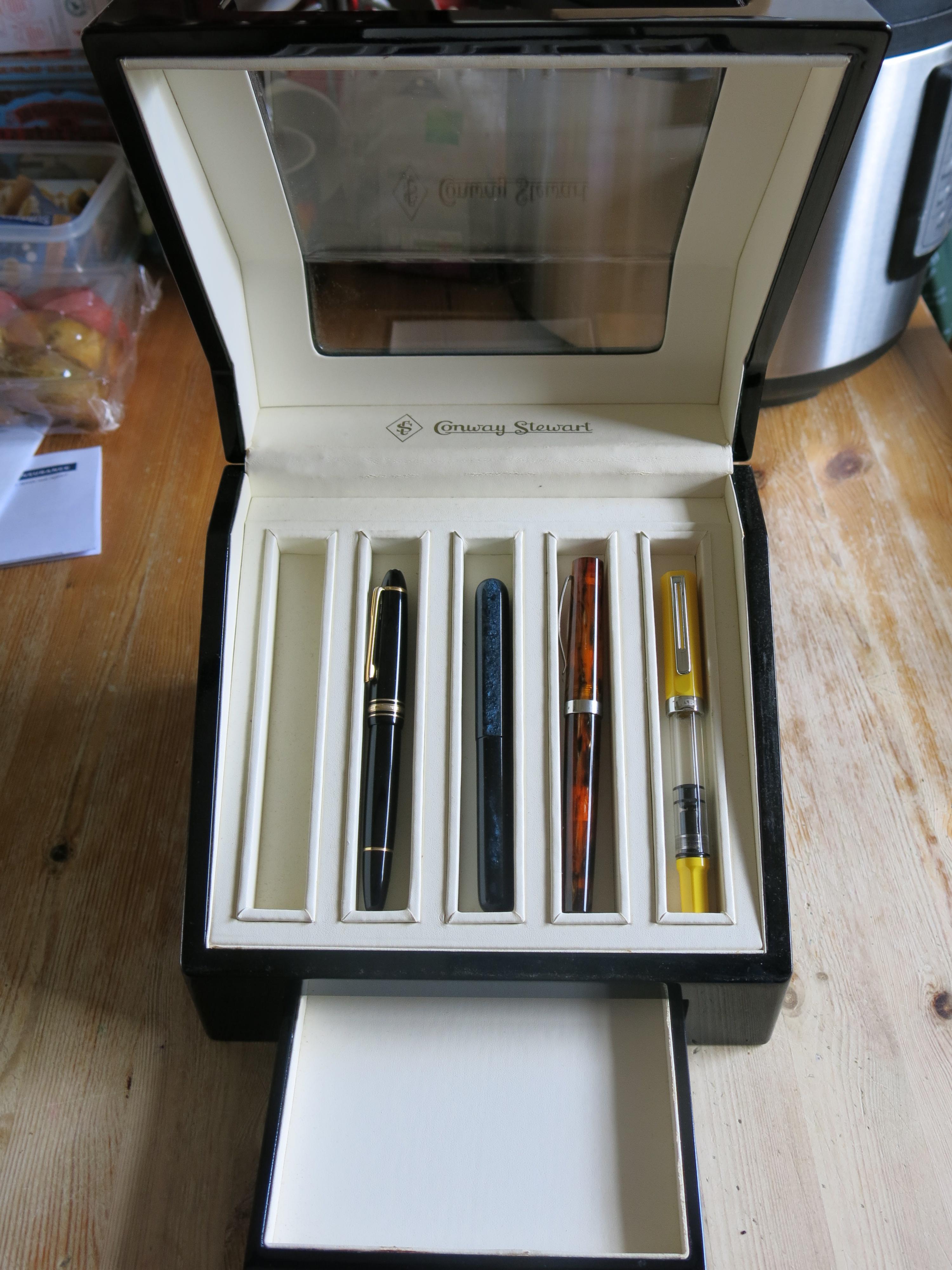 Part of me thinks I should list then in order of purchase, but I never thought of that when I took the pictures so I’ll go left to right instead.  Note the Conway Stewart display case was another purchase and the third cheapest I made on the day when you consider I also bought some inks. 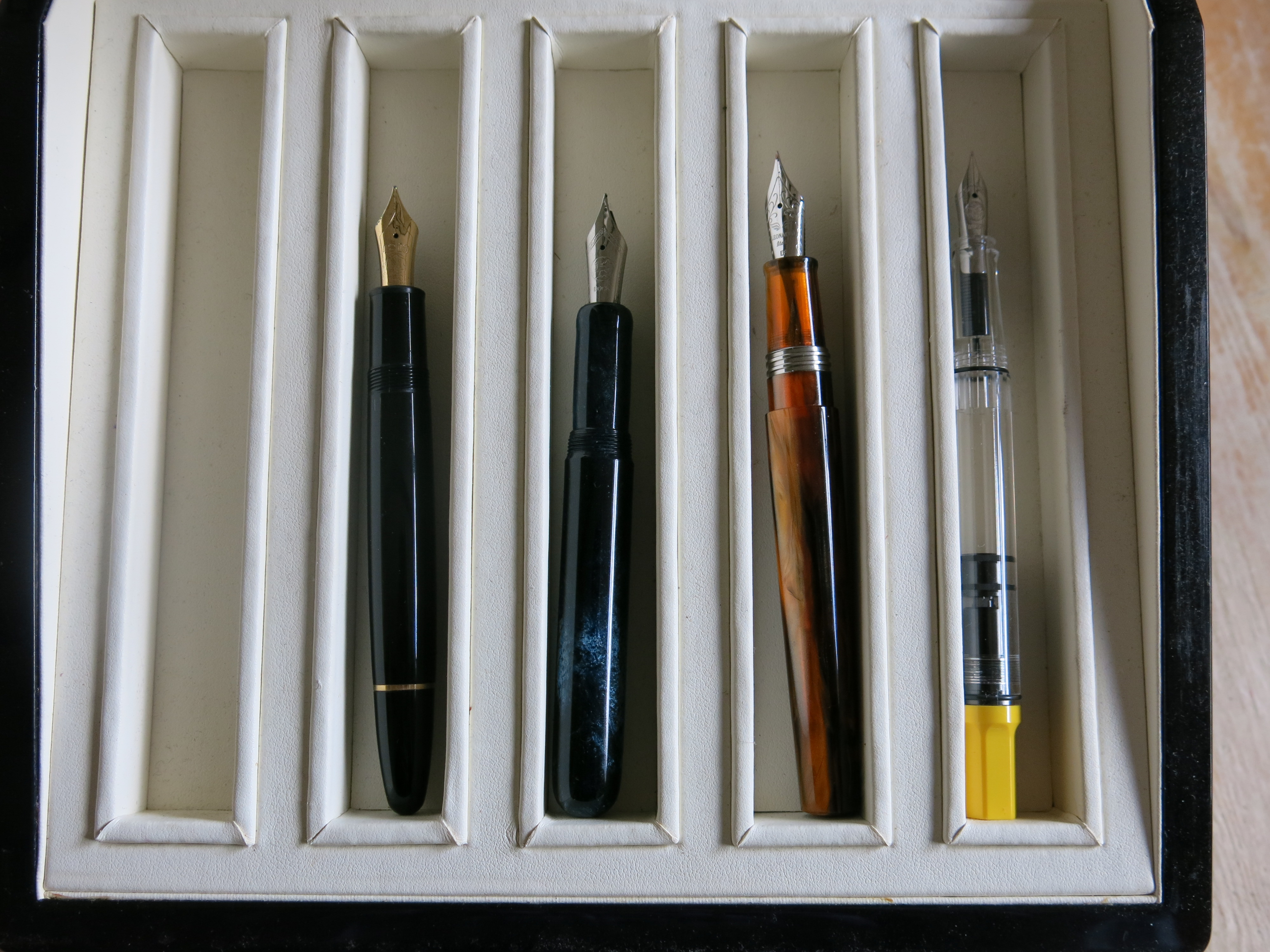 First up is a Montblanc 146. Yes my first Montblanc, but it is not new. Rather a previously used/owned pen which I have been able to date as coming from between 1990 and 1992 (nib is plain 14k, band is marked Germany, not West Germany, and it has the first type of plastic feed). Nib size I’m not sure. I would suggest it is a stub, maybe a grind from a medium nib, but certainly the down strokes are wider than the sideways ones.  Nib is nice and springy (unlike on modern MBs).  I’m enjoying using it, though to be honest, it still lacks character.

Next is the Aequitas model from Den’s Pens.  A new comer to the pen making world, Den was there with his wife and family and a wide spread of pens.  So far it is working well, though it has suffered from ink evaporation and I’m not sure why since it’s about 4 turns to remove the cap and it feels tight.  Also the bock nib was seriously dry and needed work to get the flow going – something a dip test rarely picks up.  The material he chose to make the pen out of does zing and the patterning does display a lot of chatoyance.

Third is the Messenger from Leornado.   I like the material, but the pen does not stand out nor does it have the exceptionally comfortable grip section you get on their other pens.  Also it badly suffers from ink evaporation – around 4/5ths of a converter in under 2 weeks!.  The nib is an EF JoWo unit which works as you would expect. 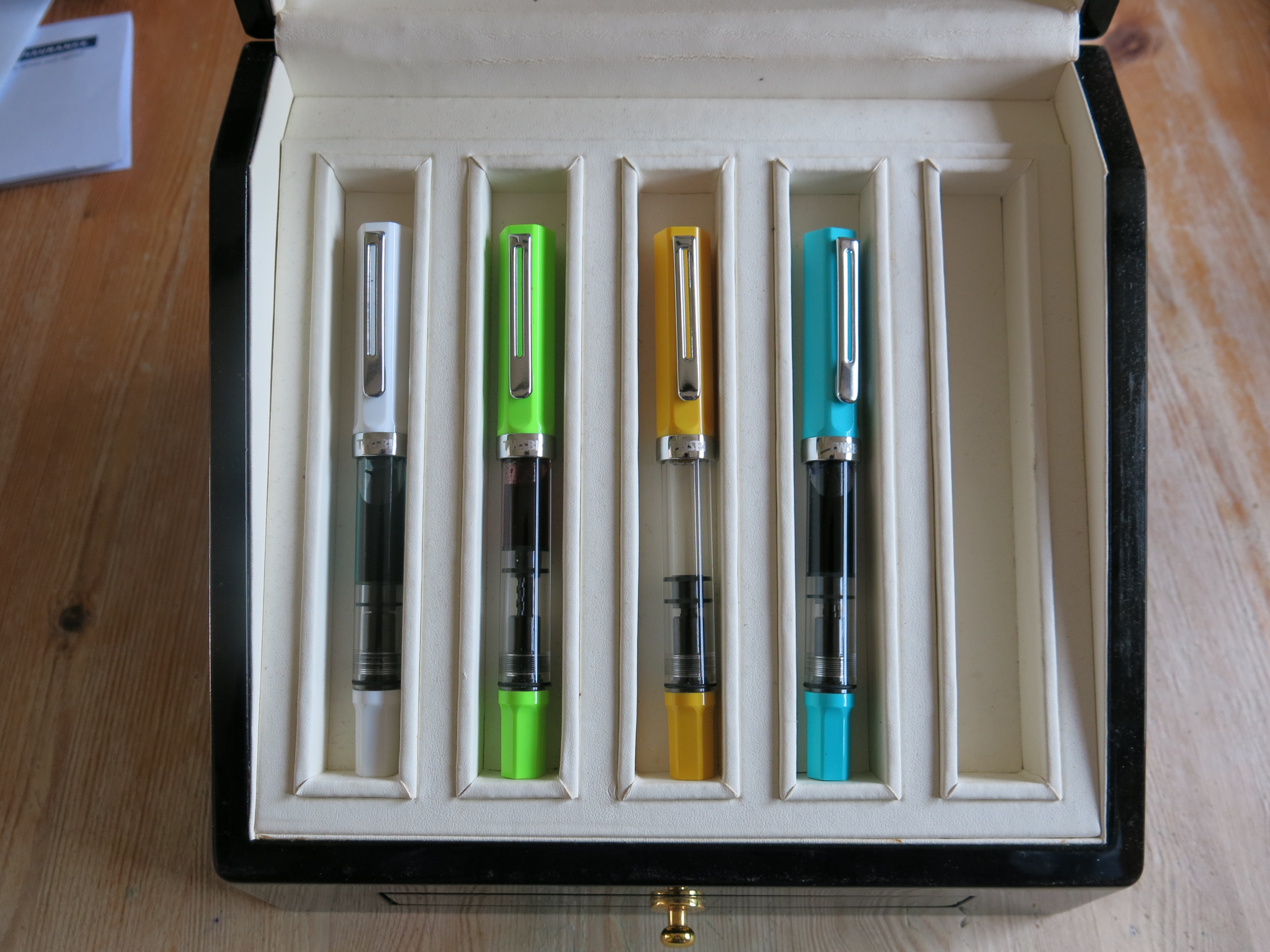 Lastly there is the TWSBI ECO in yellow.  Yes I’ve not inked the pen, it will be at some point, but it does glow nicely (it’s a decent yellow, not a flat nor pale one).  It’s here pictured with the others I own – you can see it fits in well, especially with the green one (lemon & lime ?). 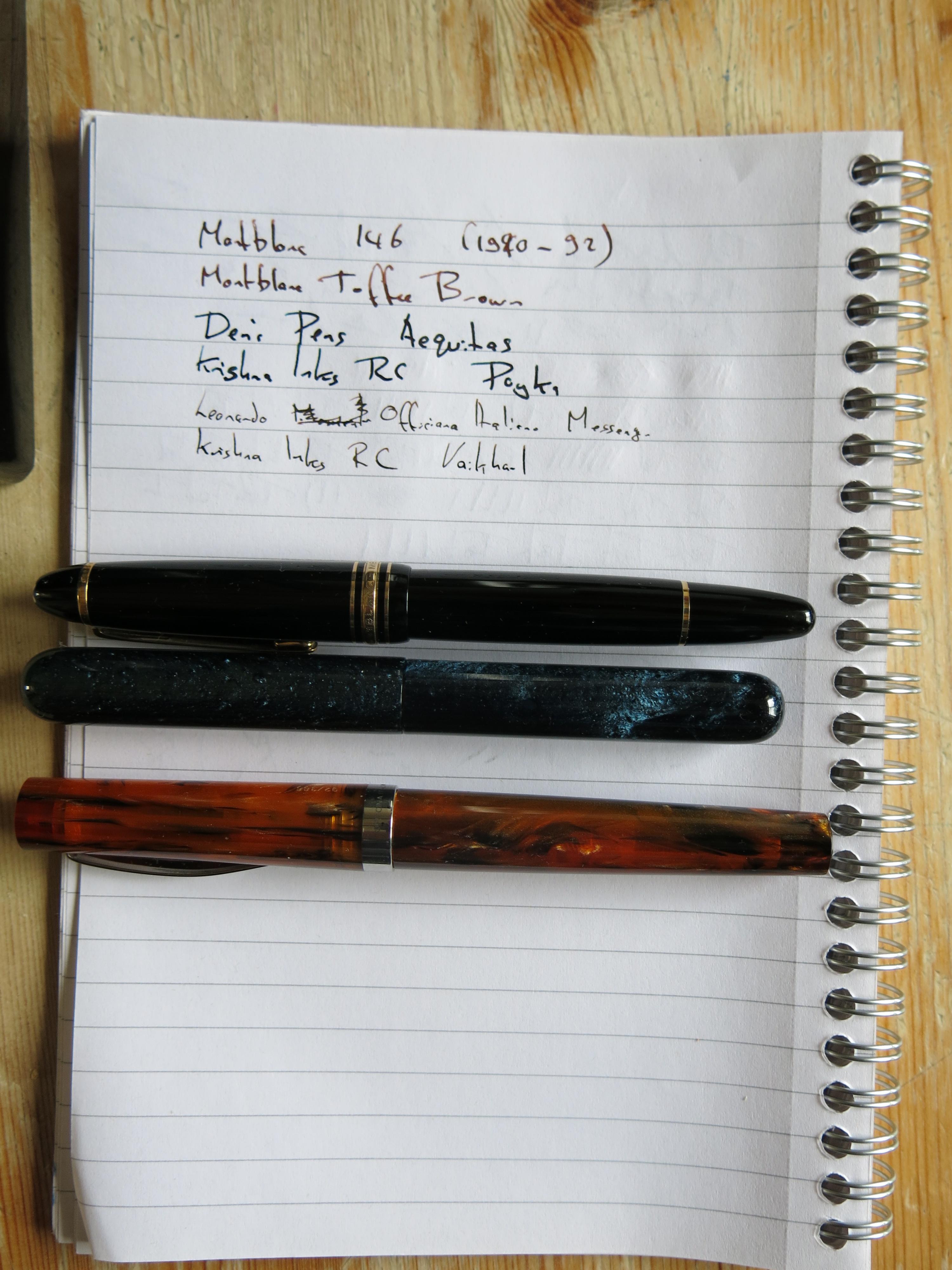