Last Sunday was the Spring London Pen Show and as previously posted there was the question over how it would be affected by the present situation over the Covid-19 virus.   Turns out rather well.  Sure numbers were down both for traders and for visitors, but it was far from being the disaster some people feared.

A certain amount of credit has to be given to the organisers, who rearranged tables, removed one row from the main room, and put out plenty of bottles of hand sanitiser.  Additionally to the vendors who came – sure some big names and many of the foreign traders were missing, but there were still some from Romania, German, Spain (I believe), and The Netherlands.

Numbers wise they were down on last year, but the place still felt busy.  Maybe not packed, but the removal of a row of tables in the main room reduced some of the congestion through narrow walkways we normally find at this event. 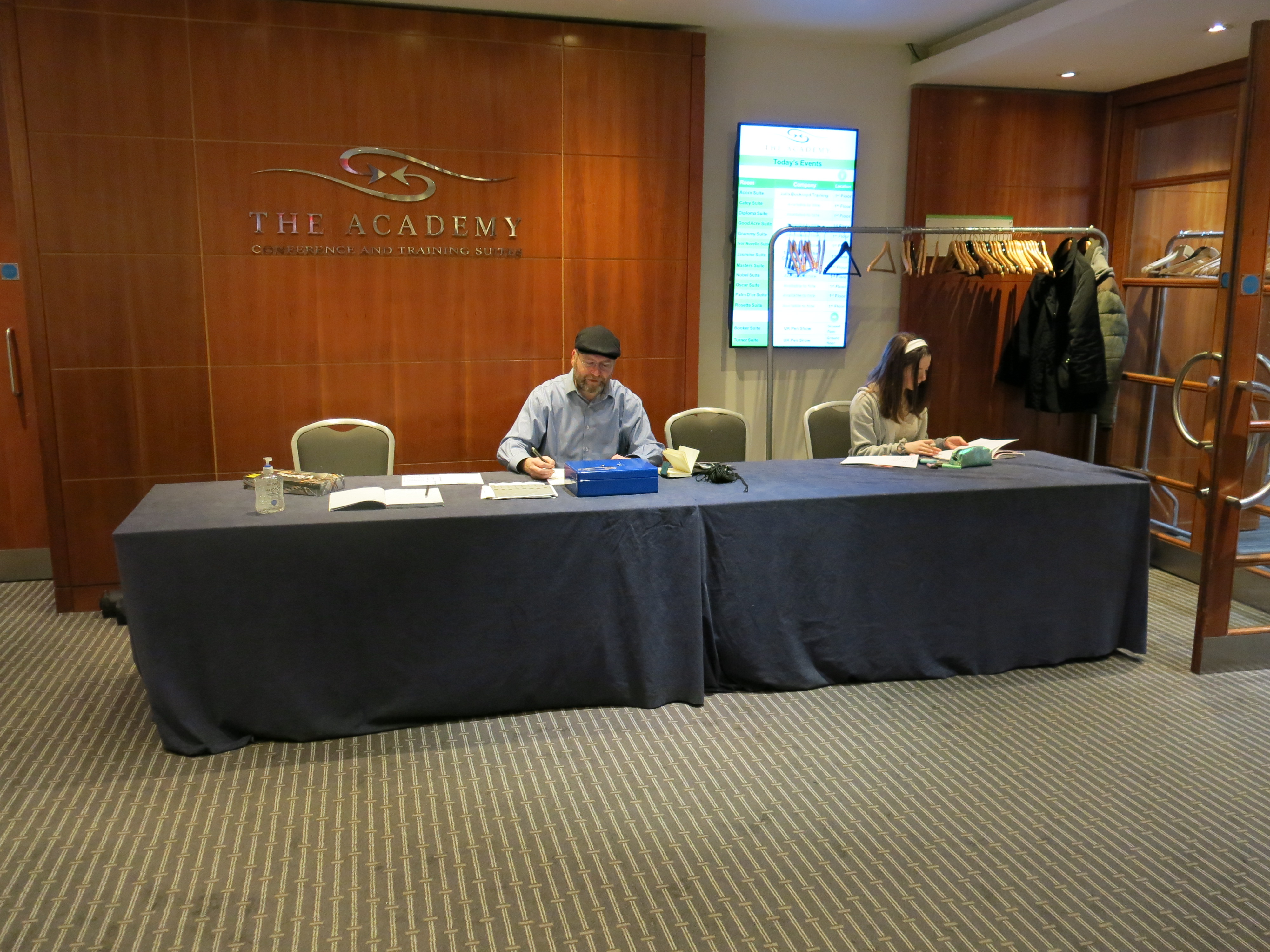 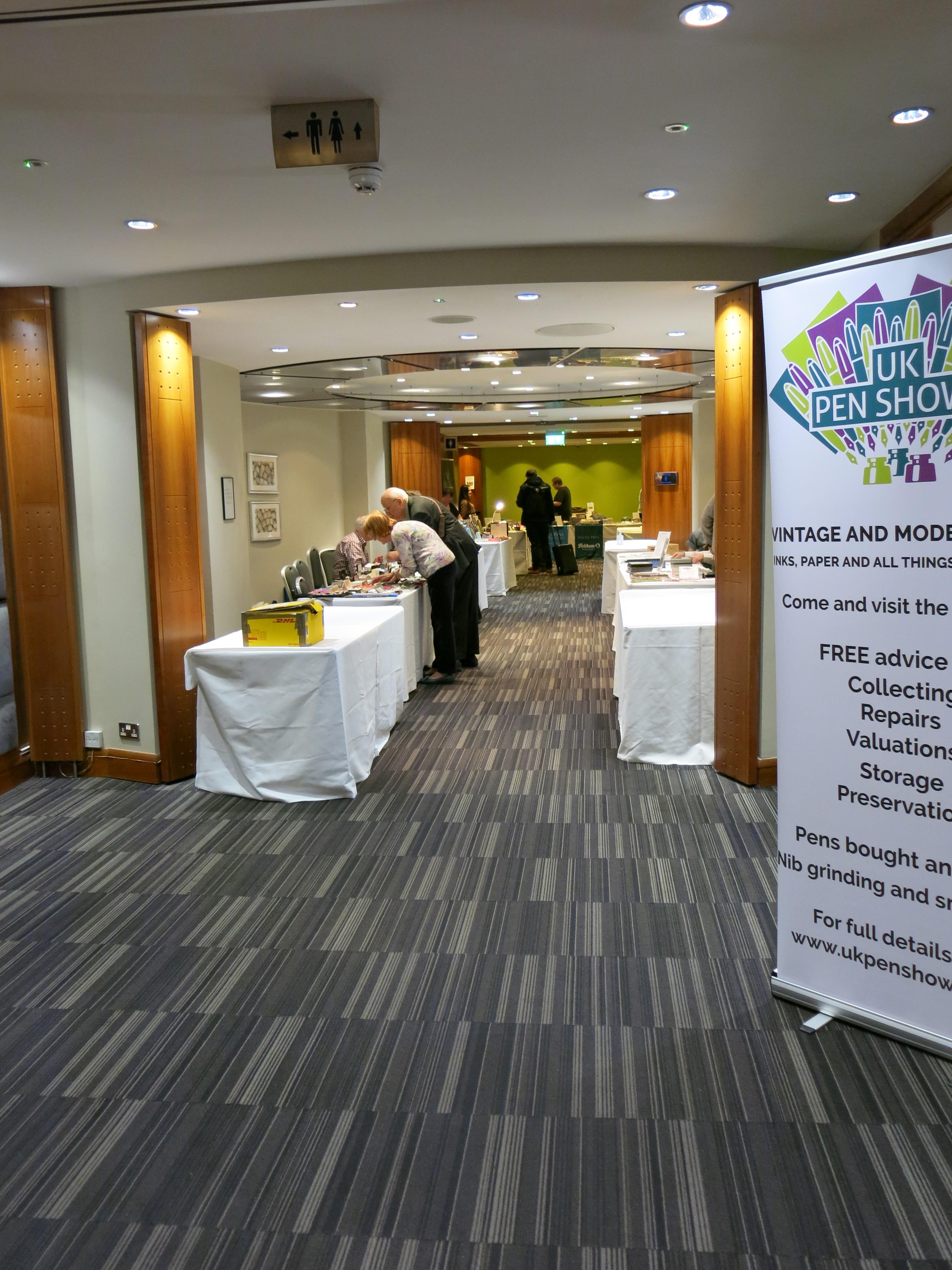 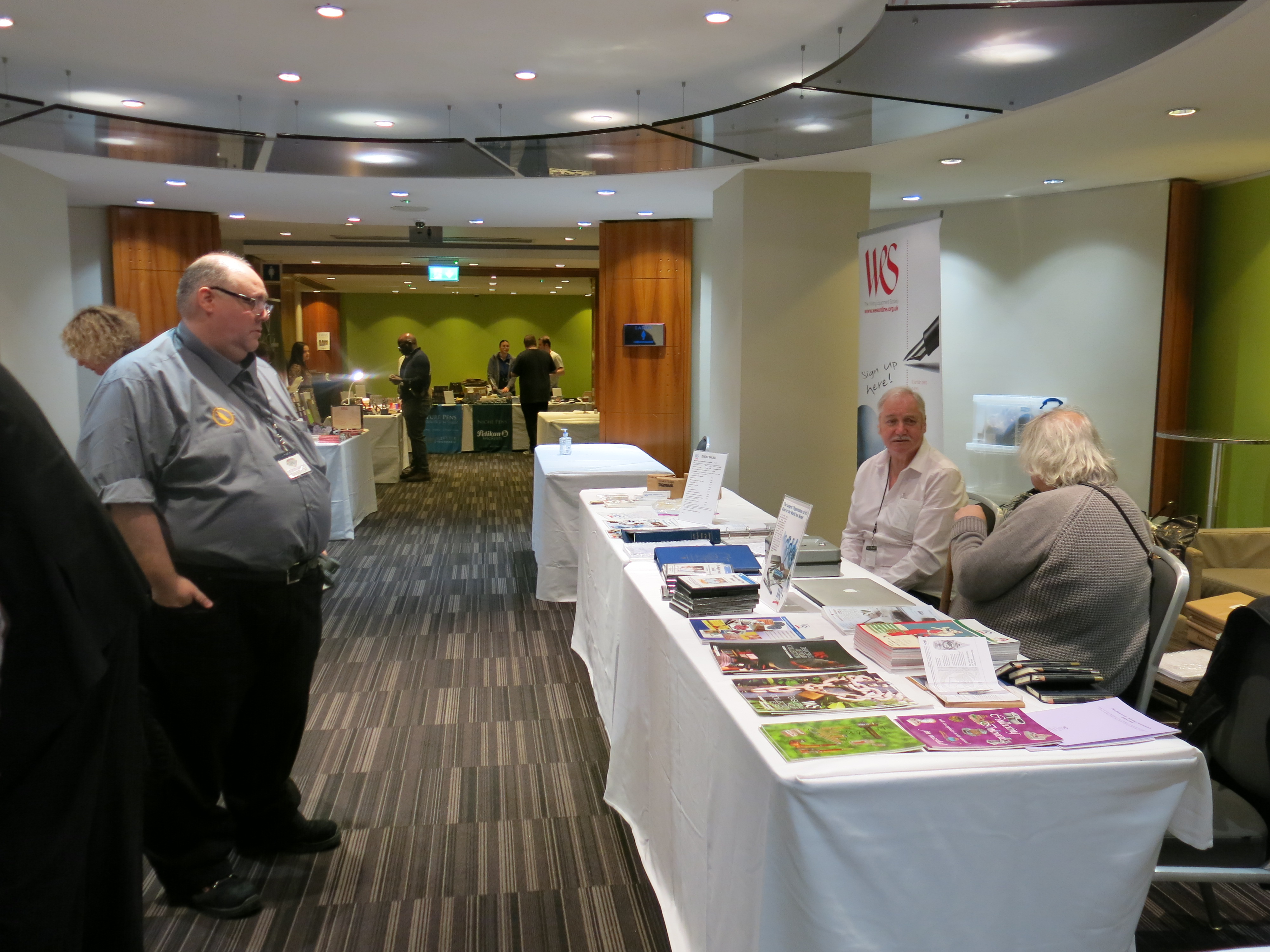 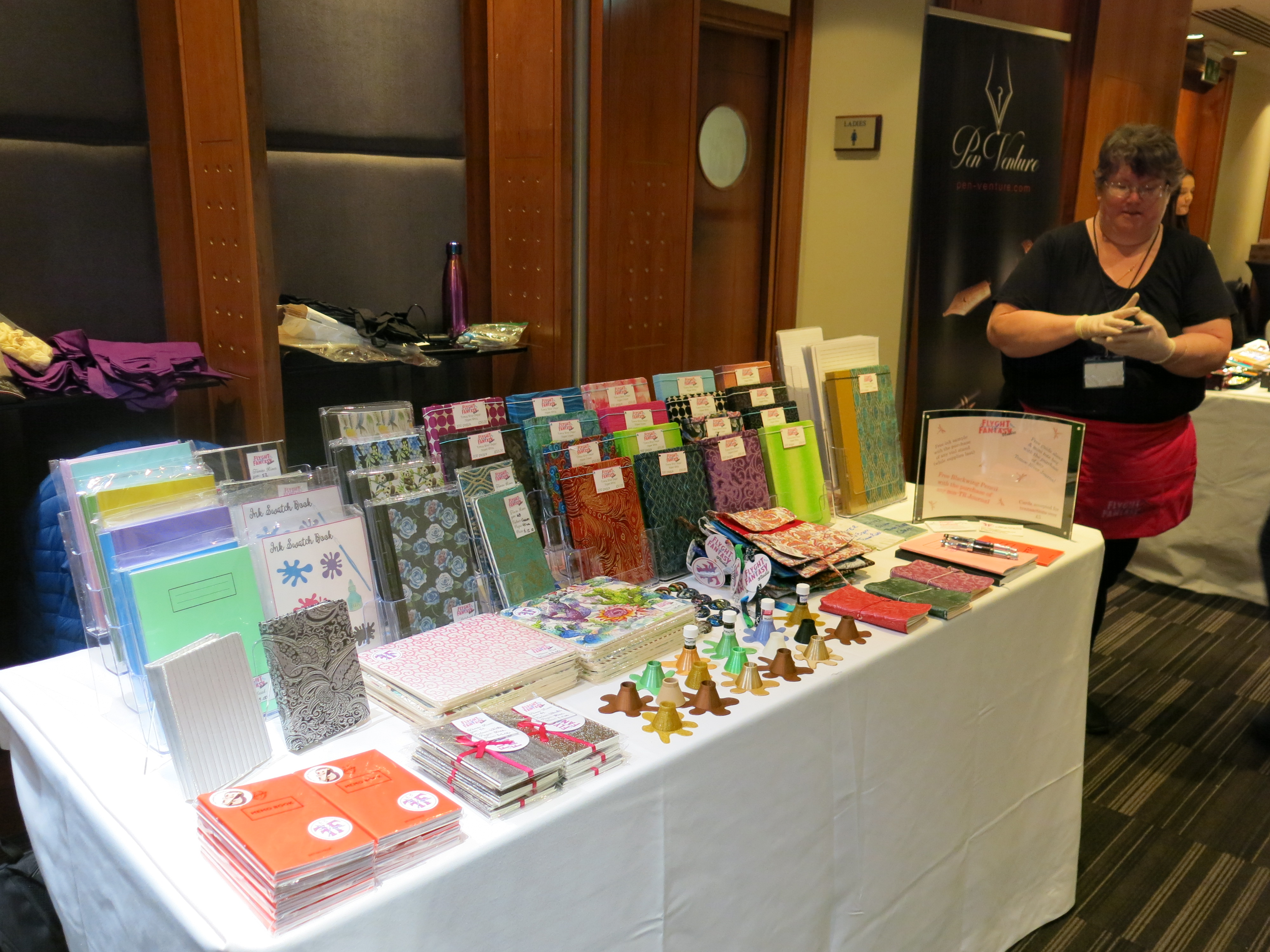 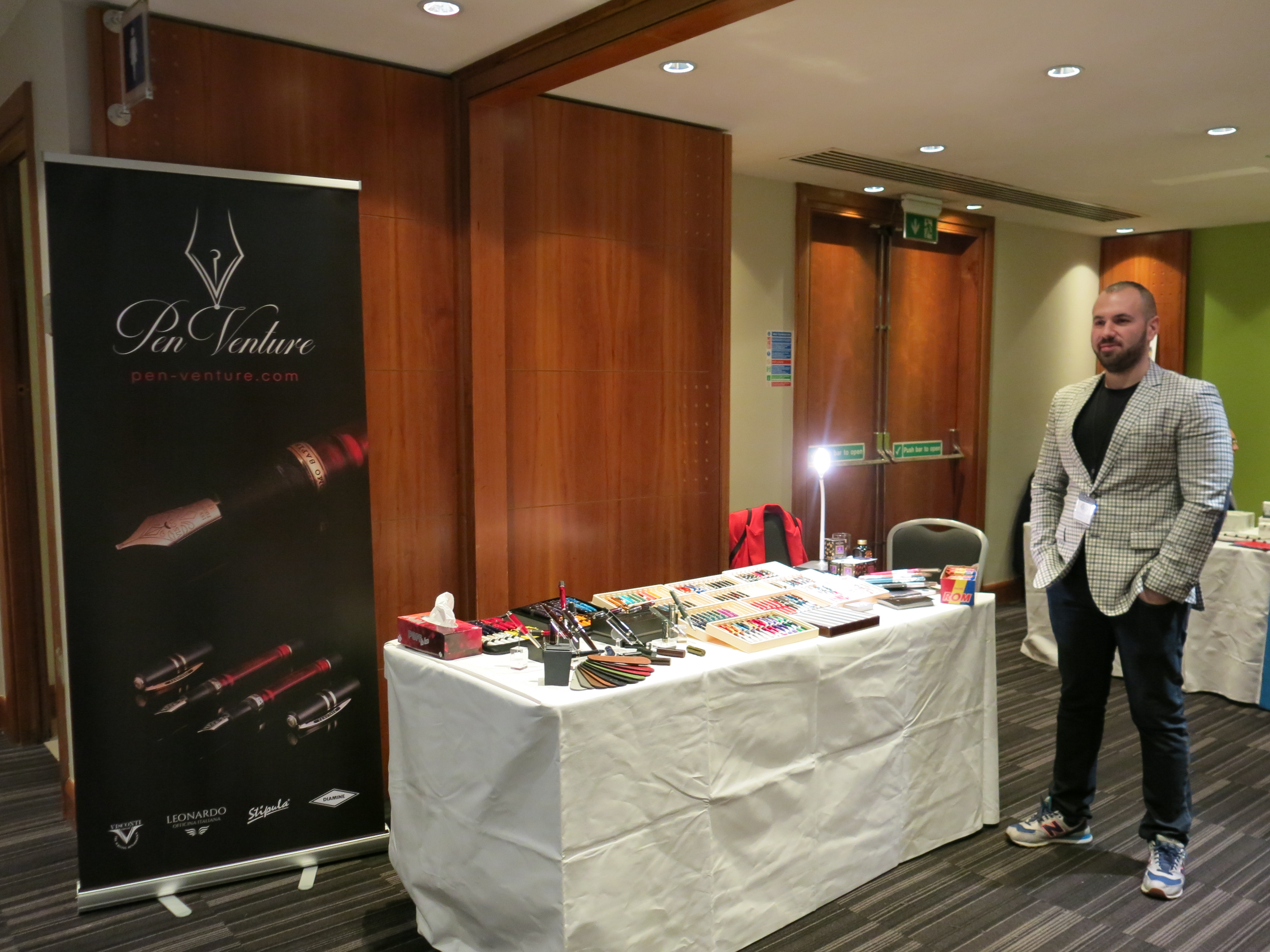 Emy at Pen Venture was over from Romania 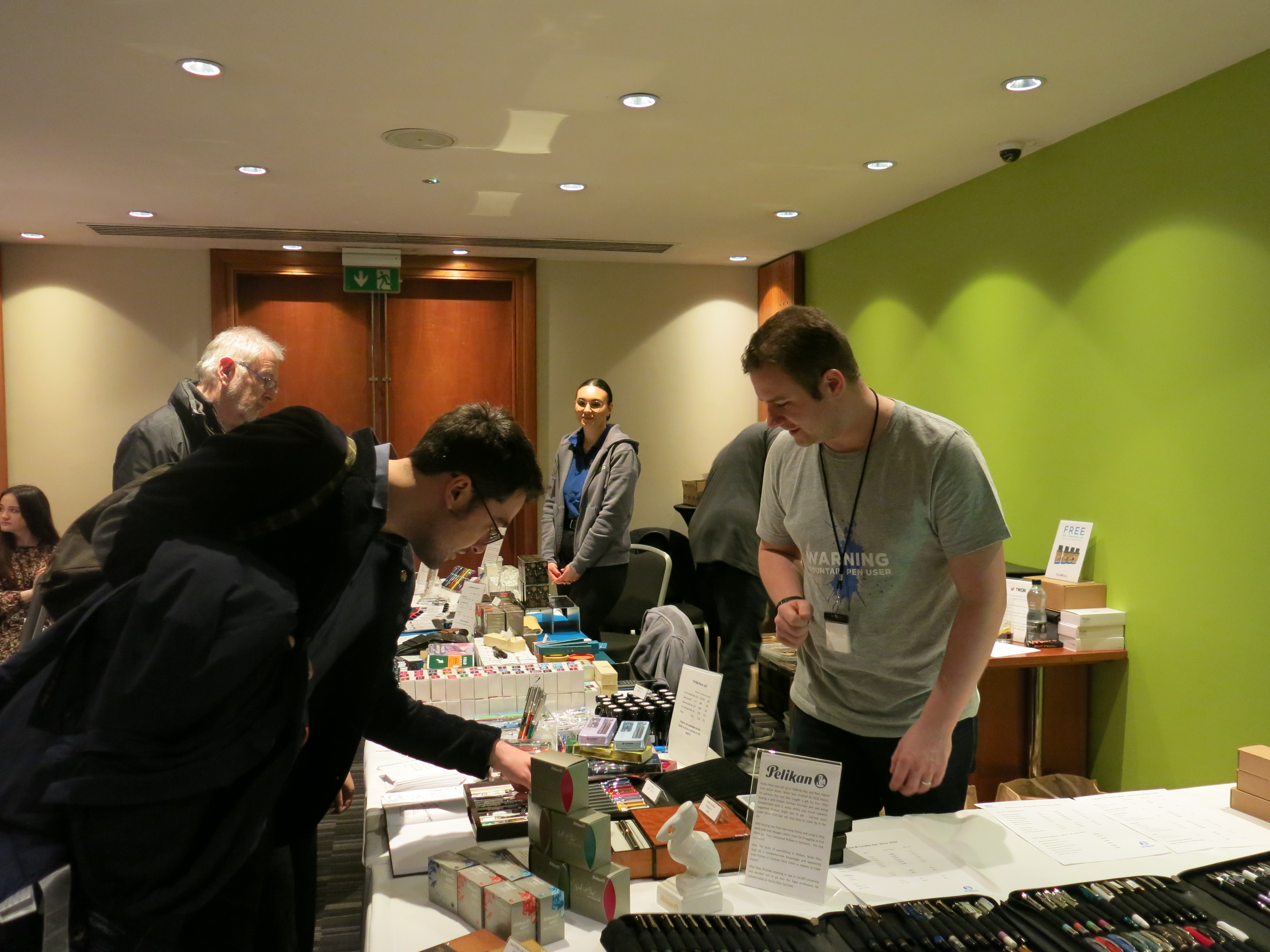 Pure Pens had moved in to the first corner, a place I believe they felt worked well for them. 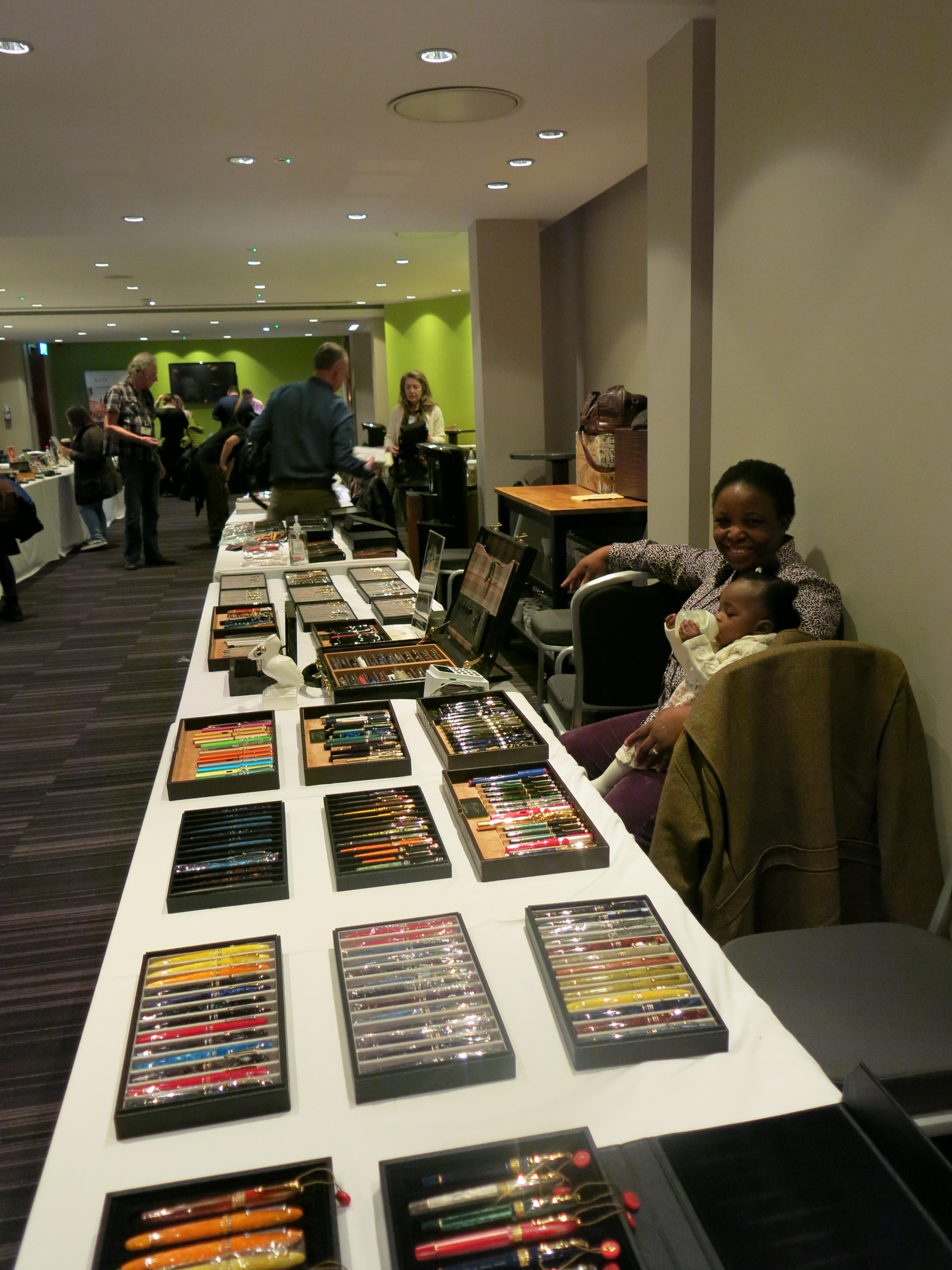 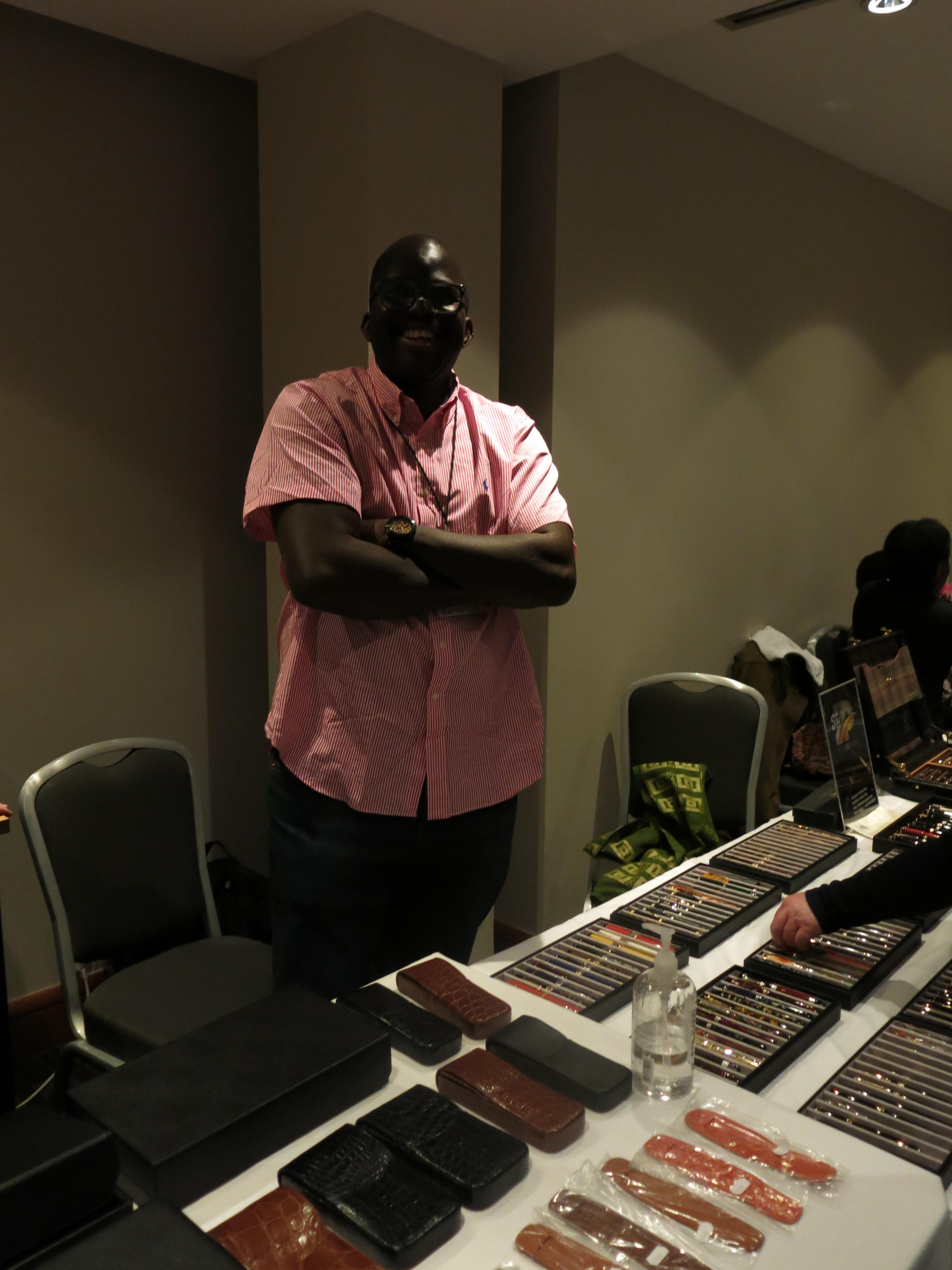 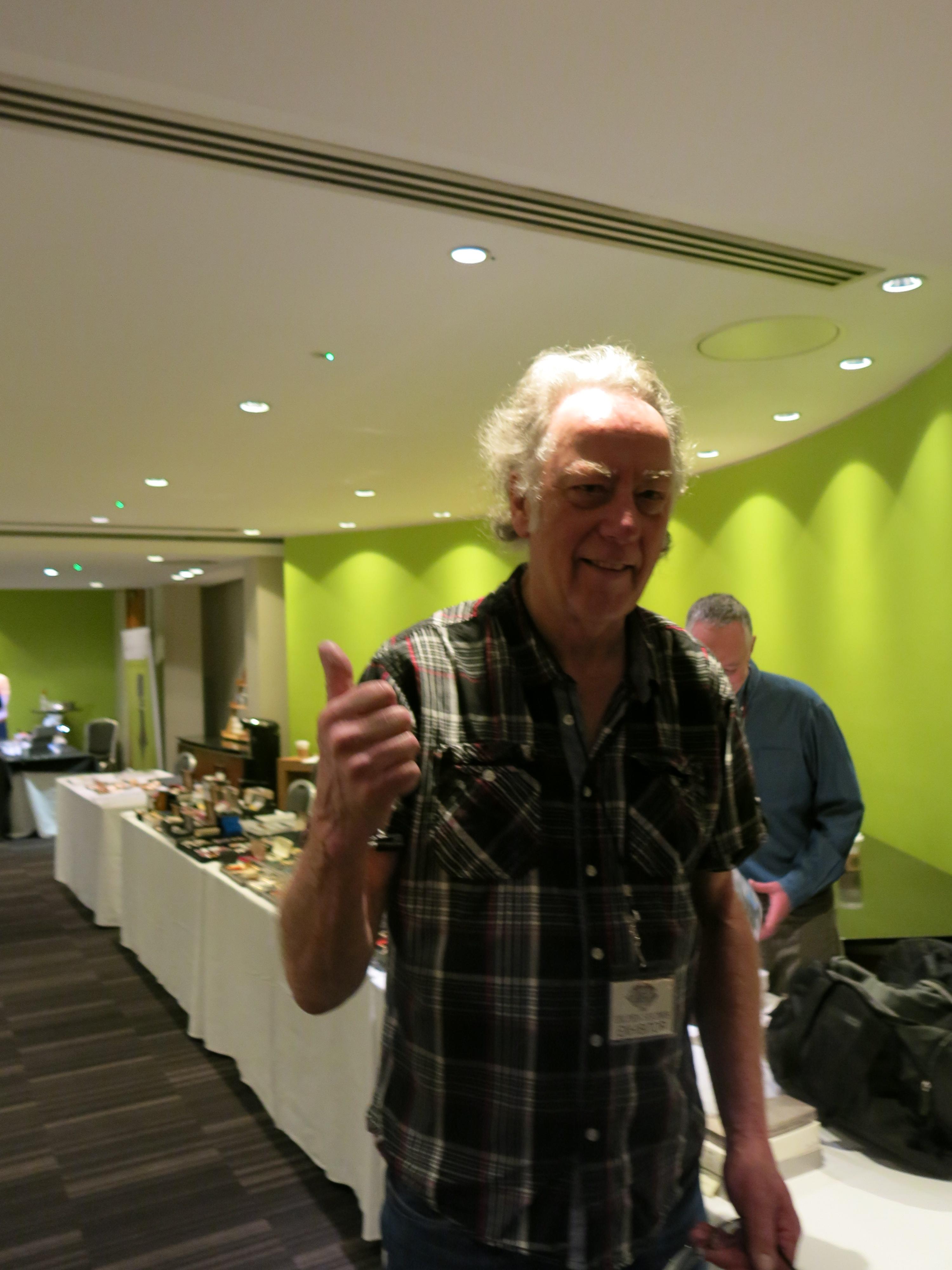 John Twiss, one of the new show organisers – alas my photo of Vince, the other, was blurred as he tried to duck out of the way. 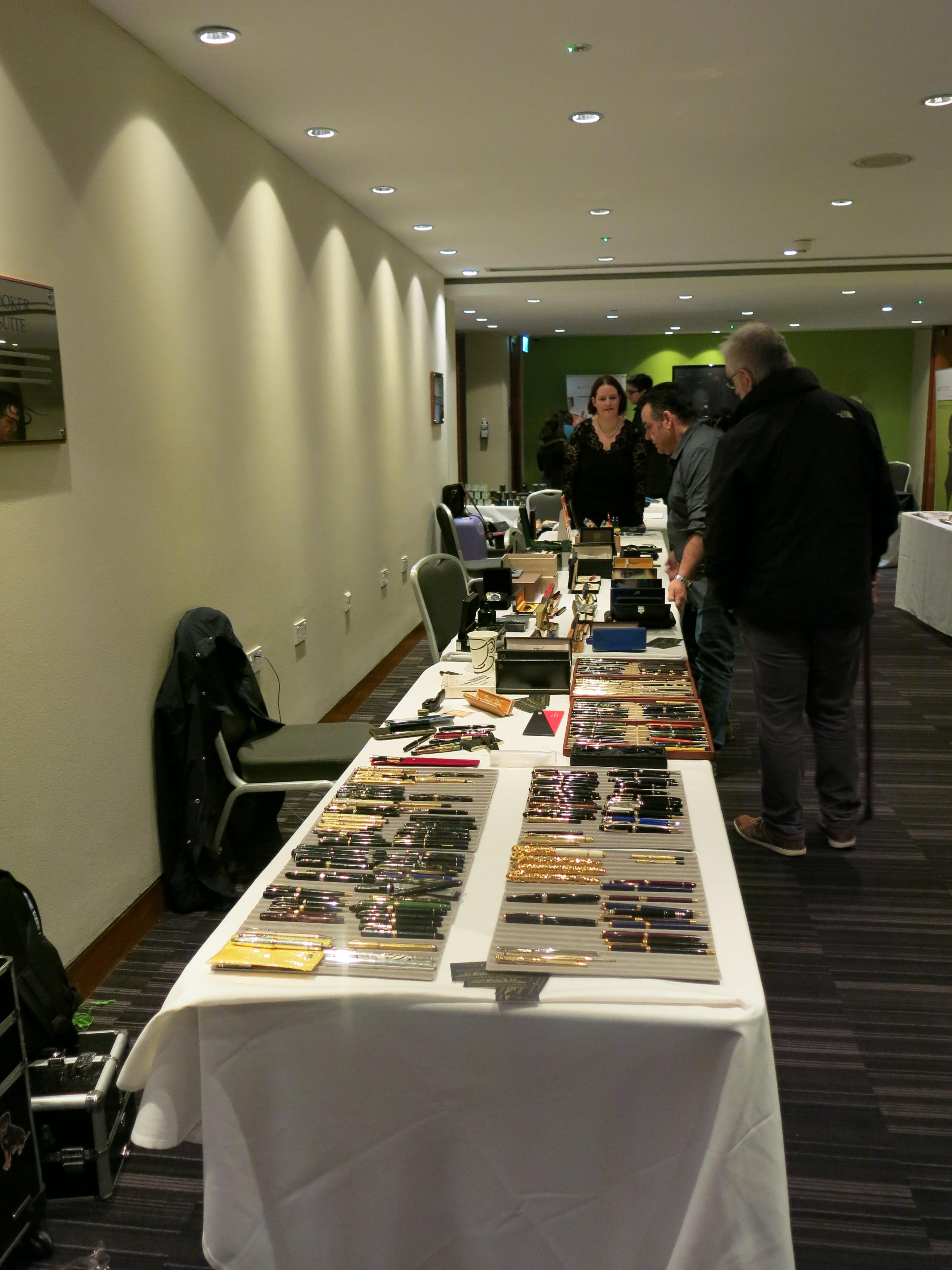 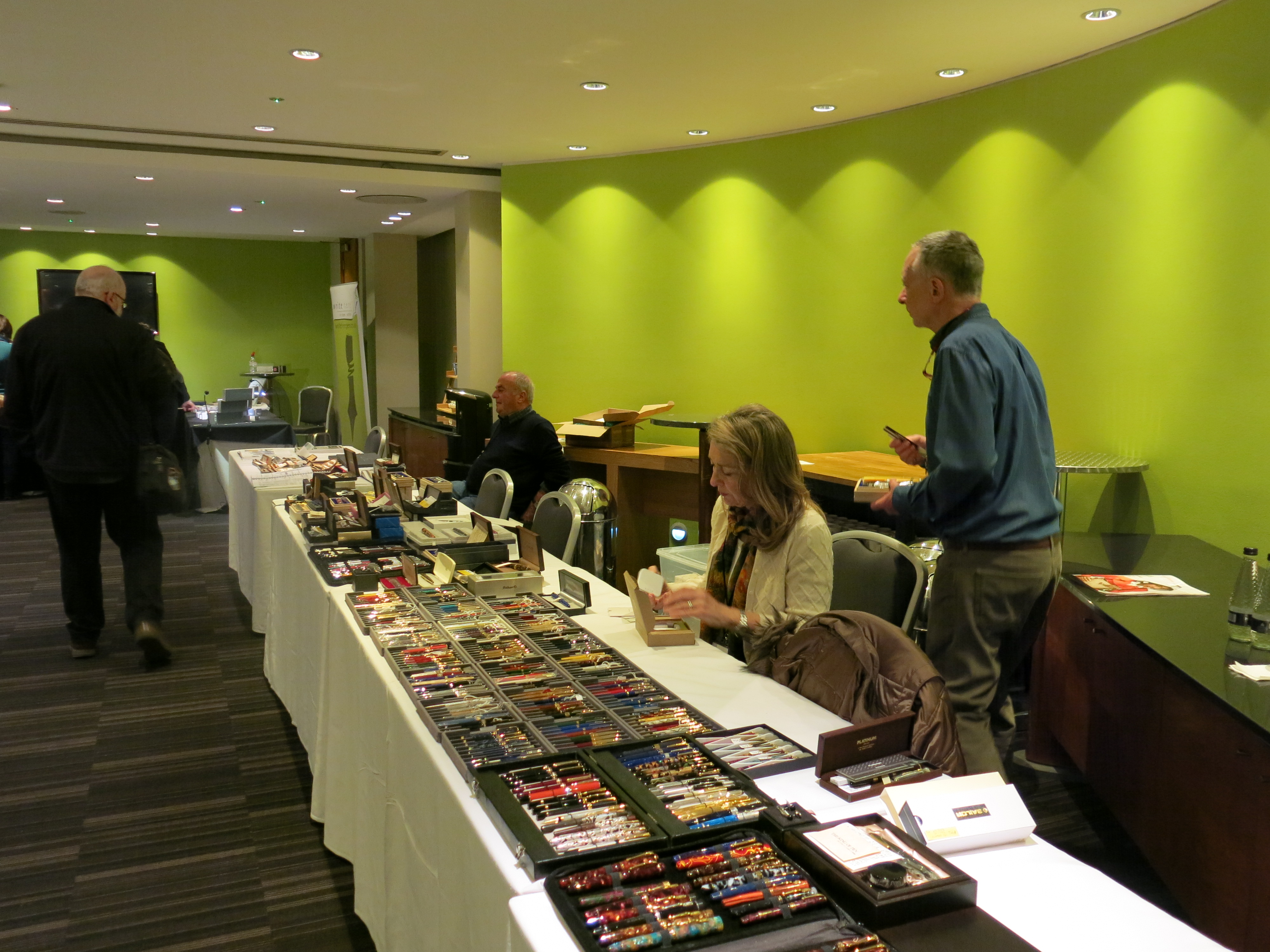 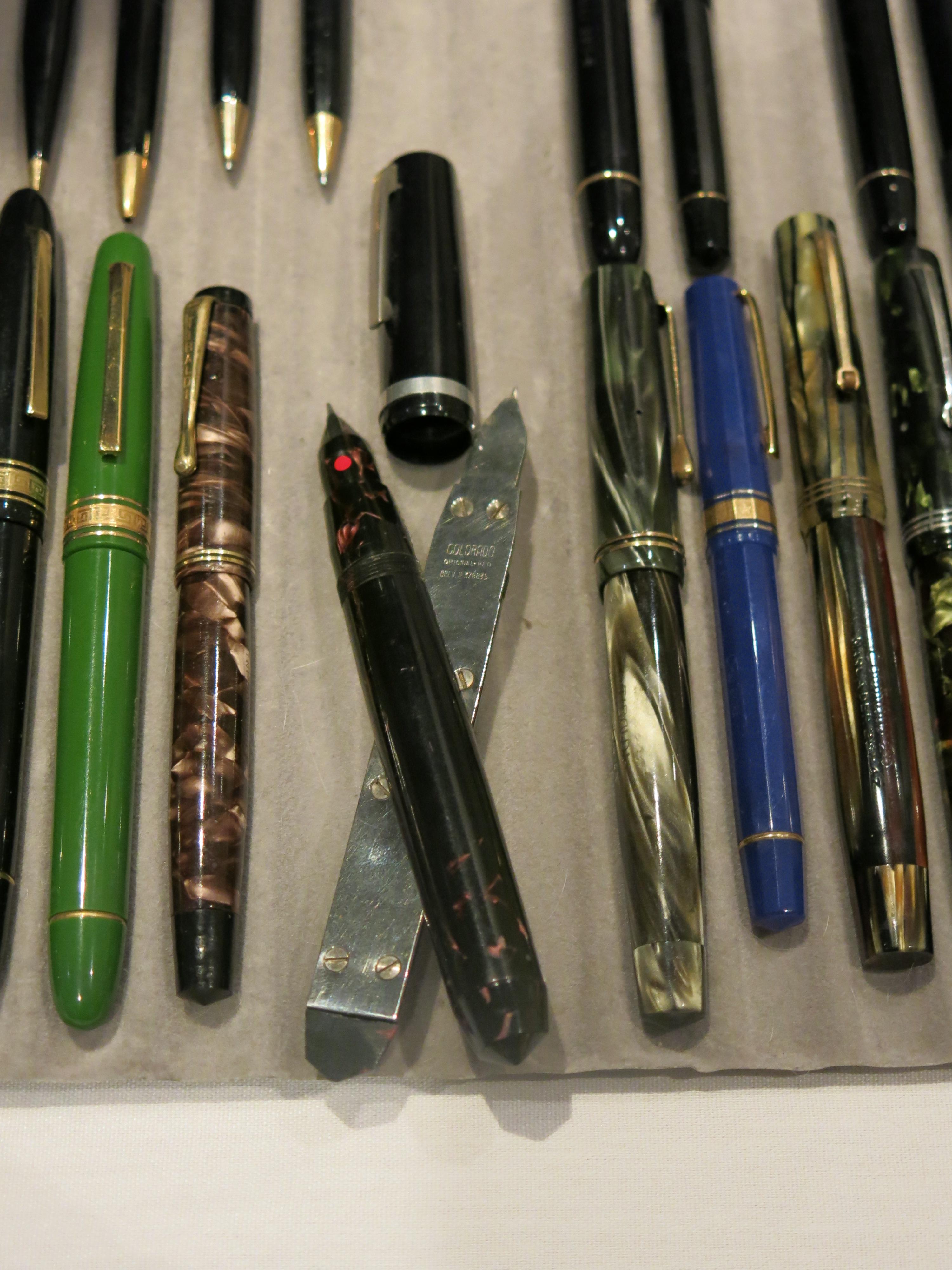 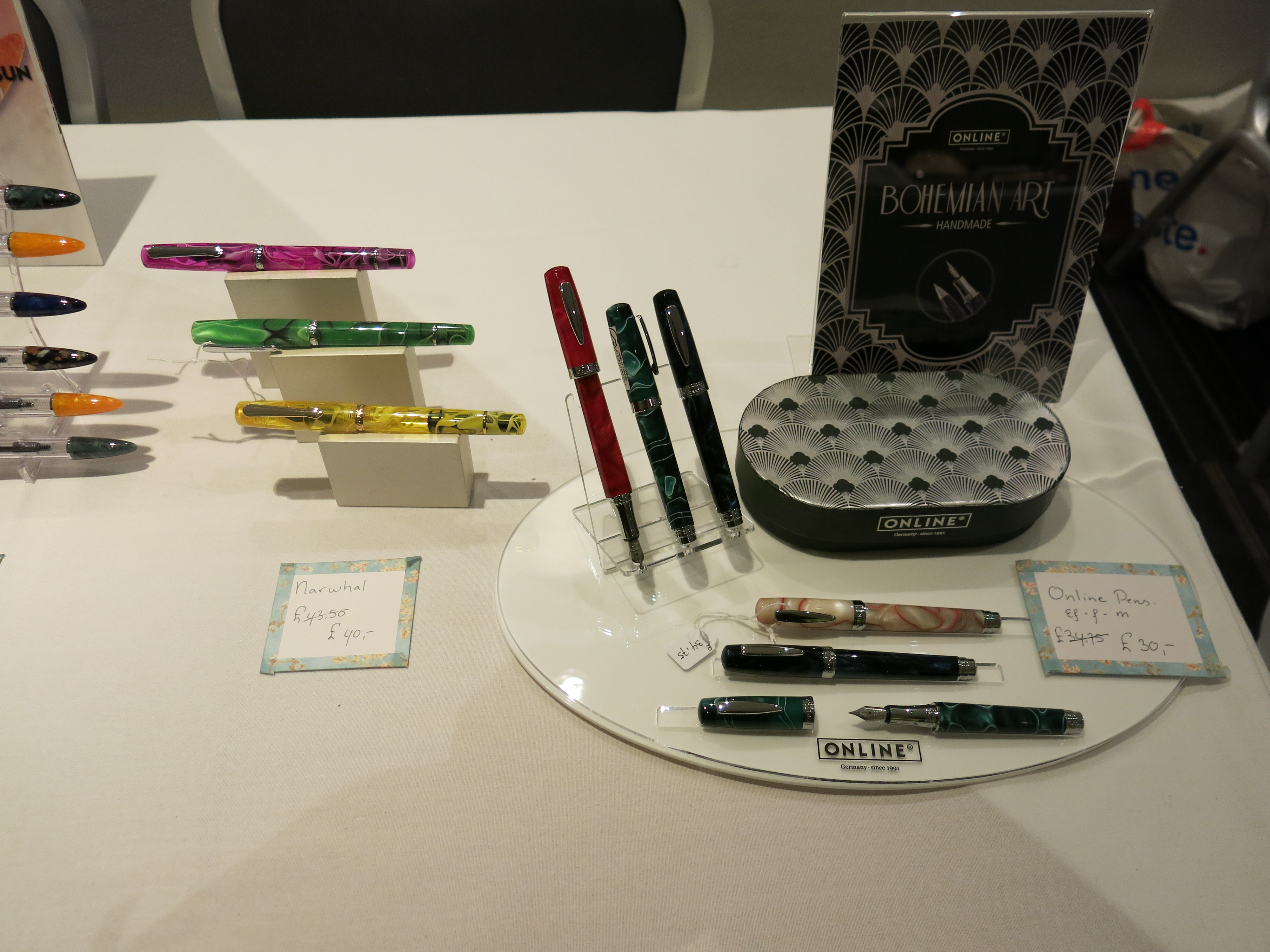 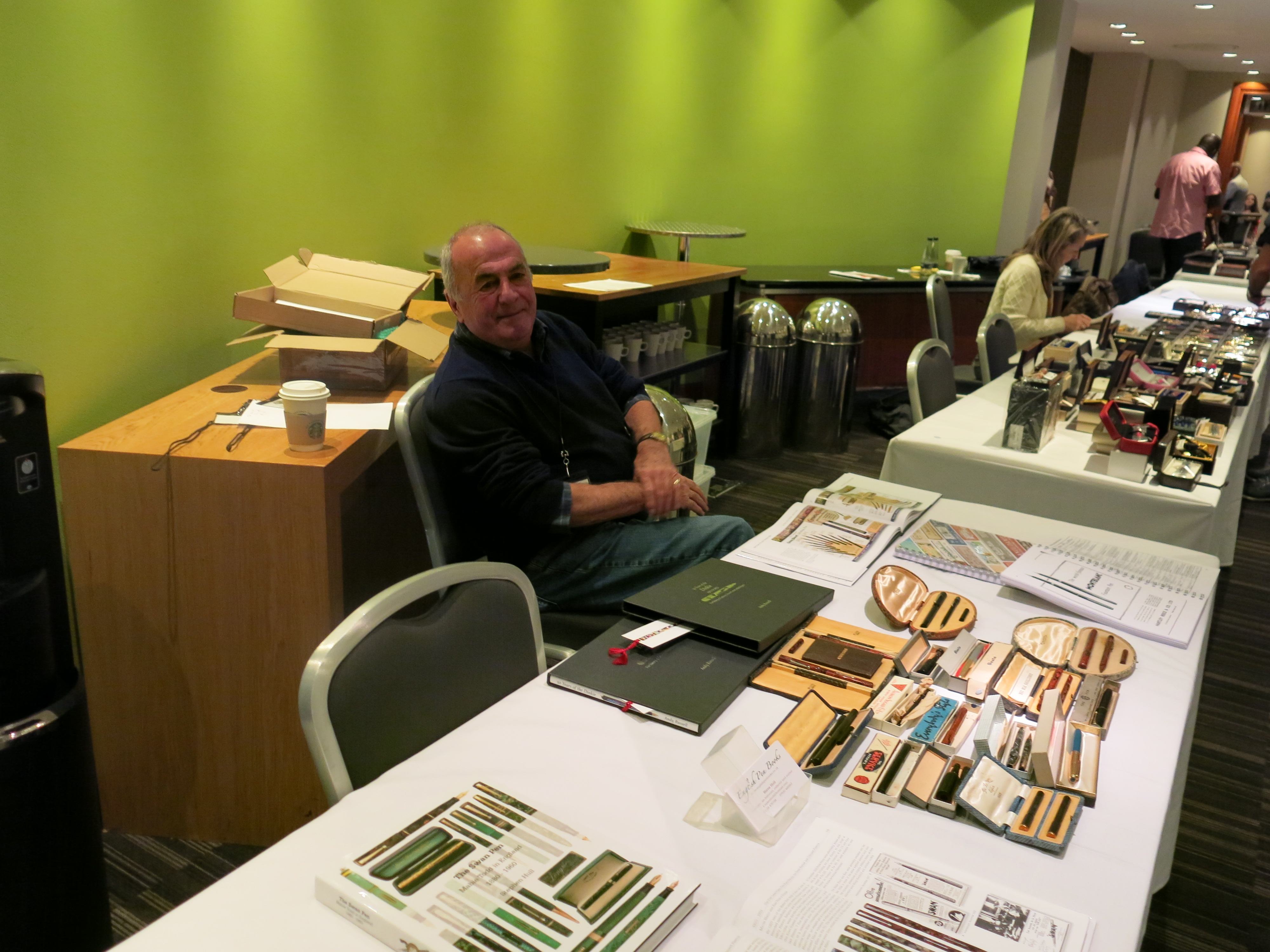 Stephen Hull, author of various books on Onoto sitting where Onoto would normally be … 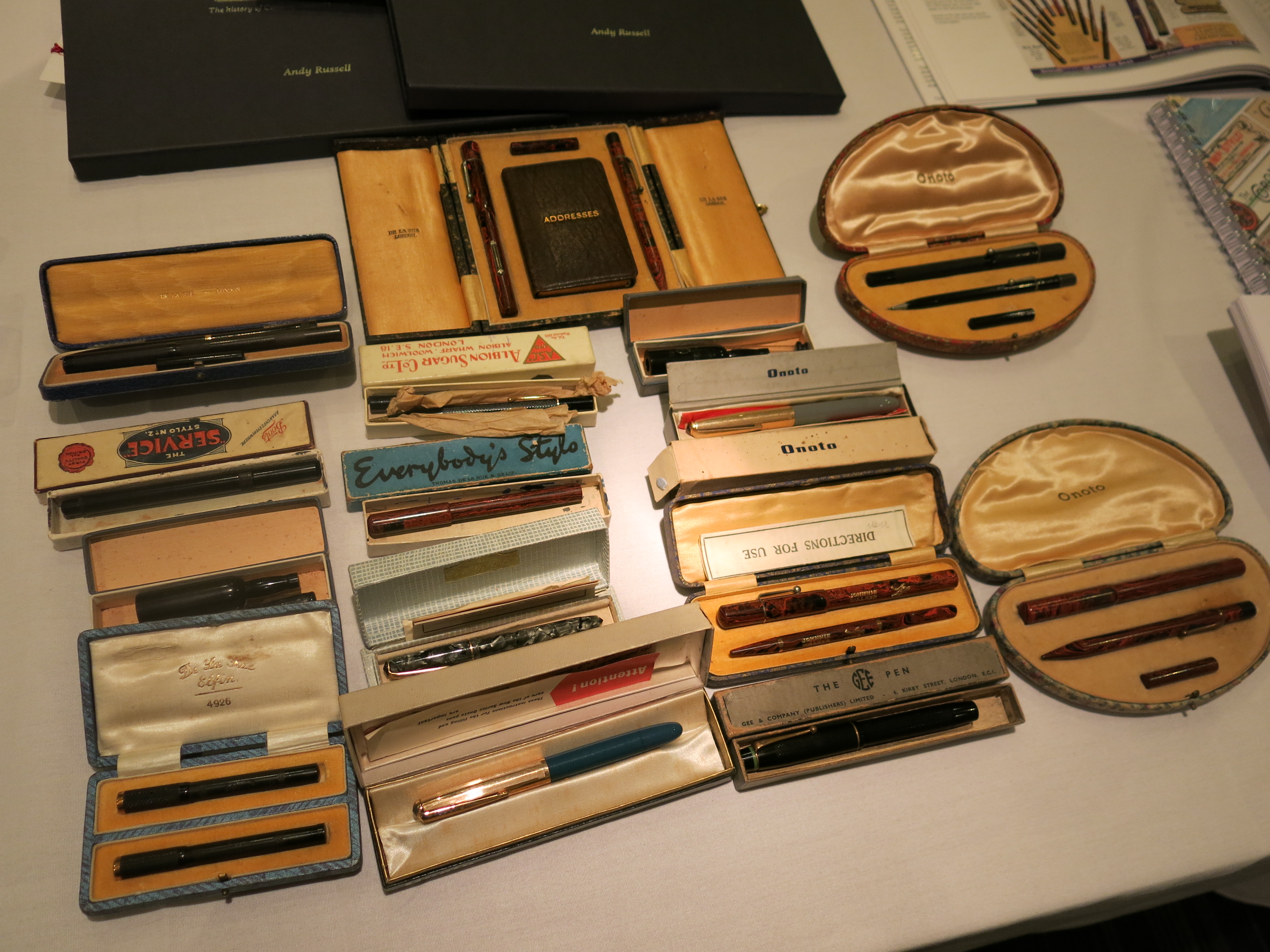 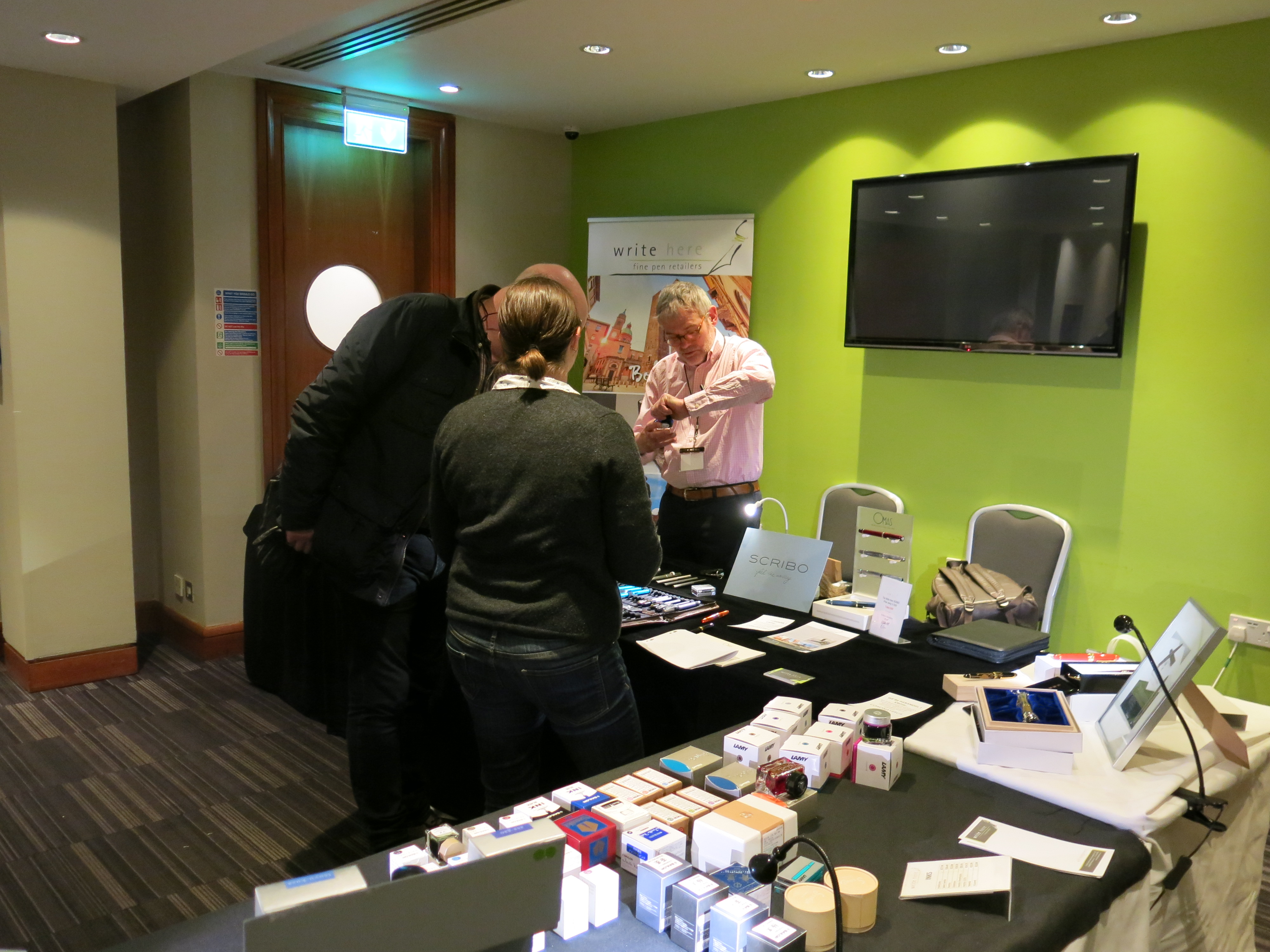 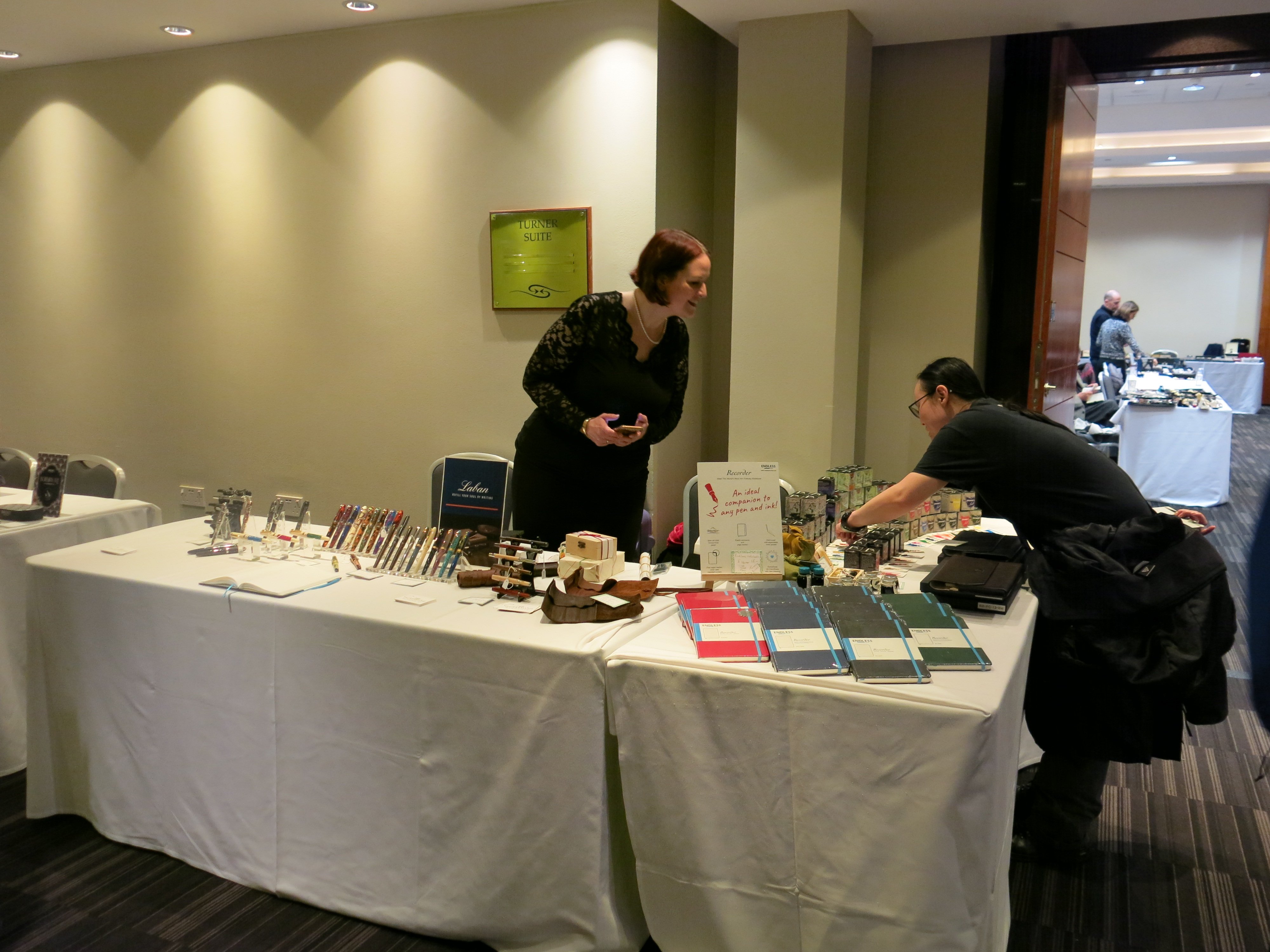 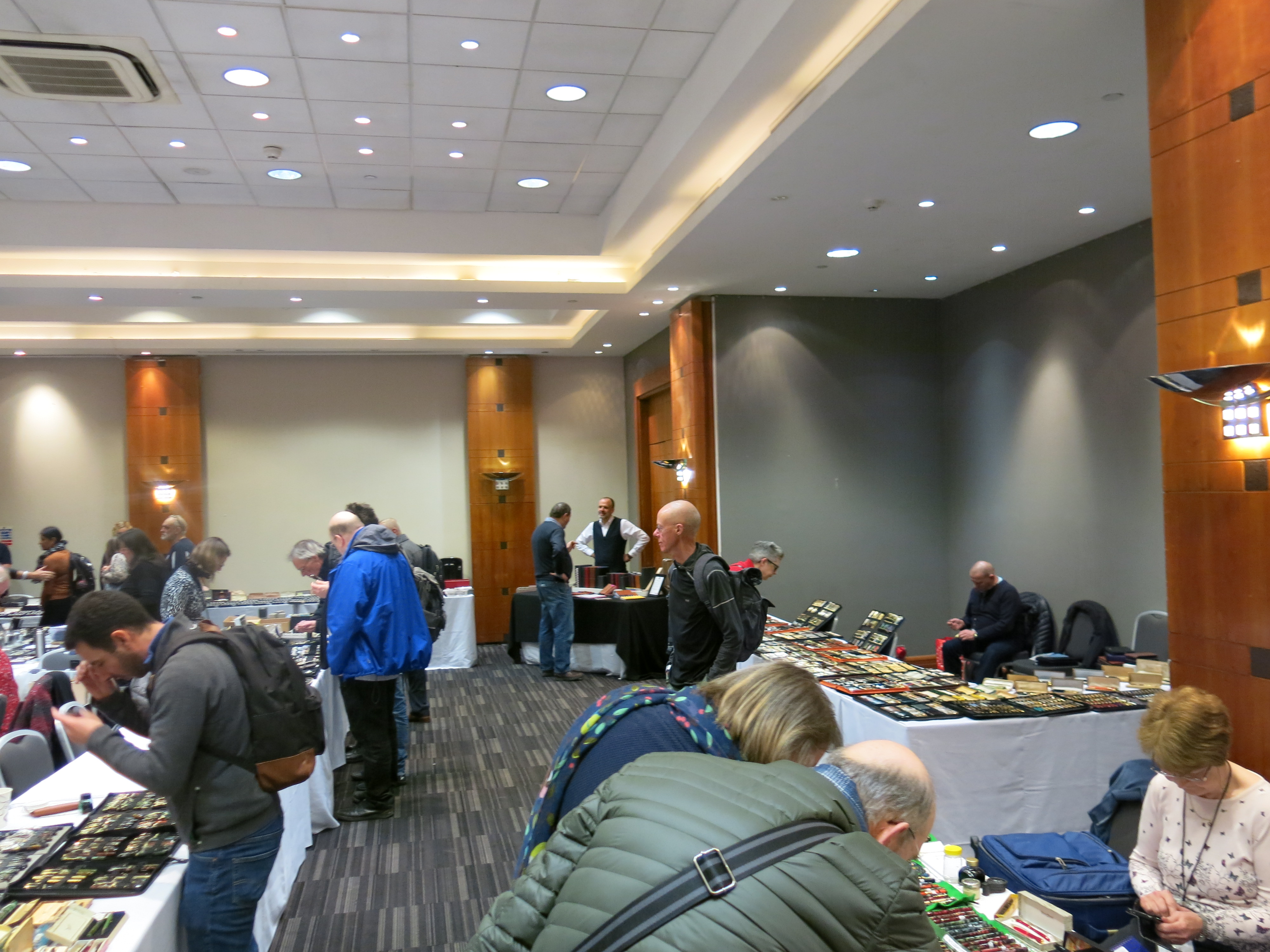 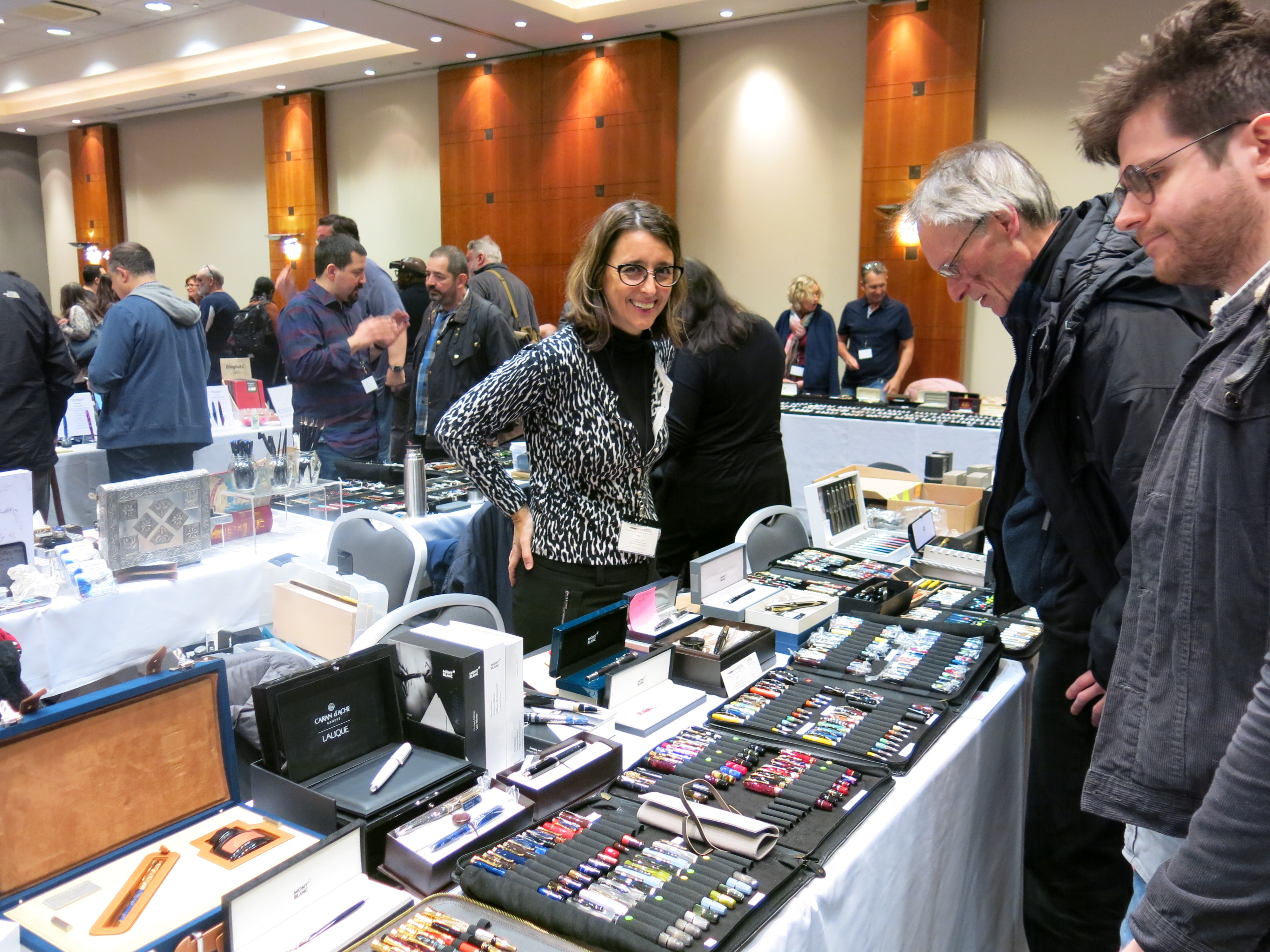 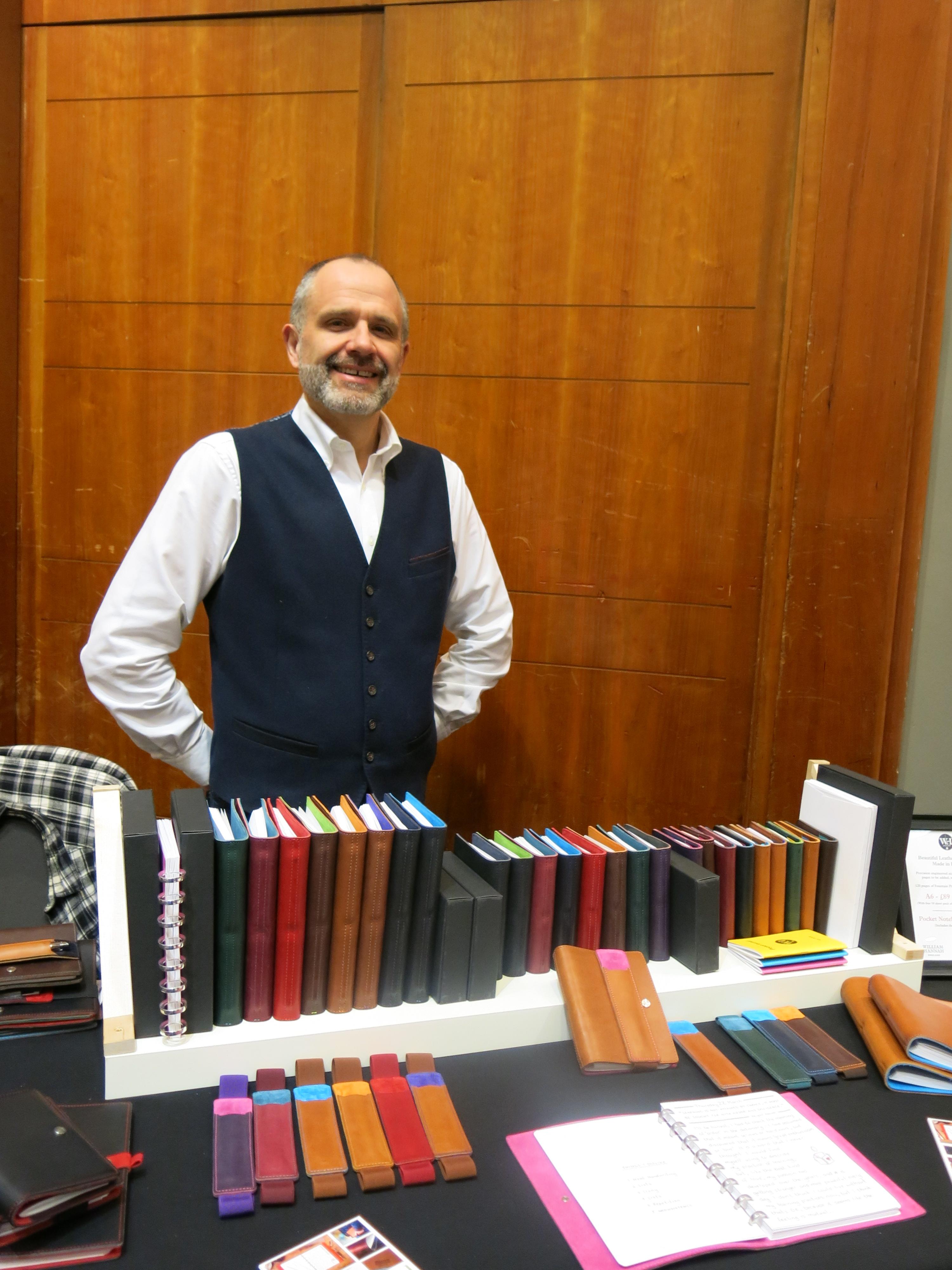 I believe William Hannah was also happy with his new location. 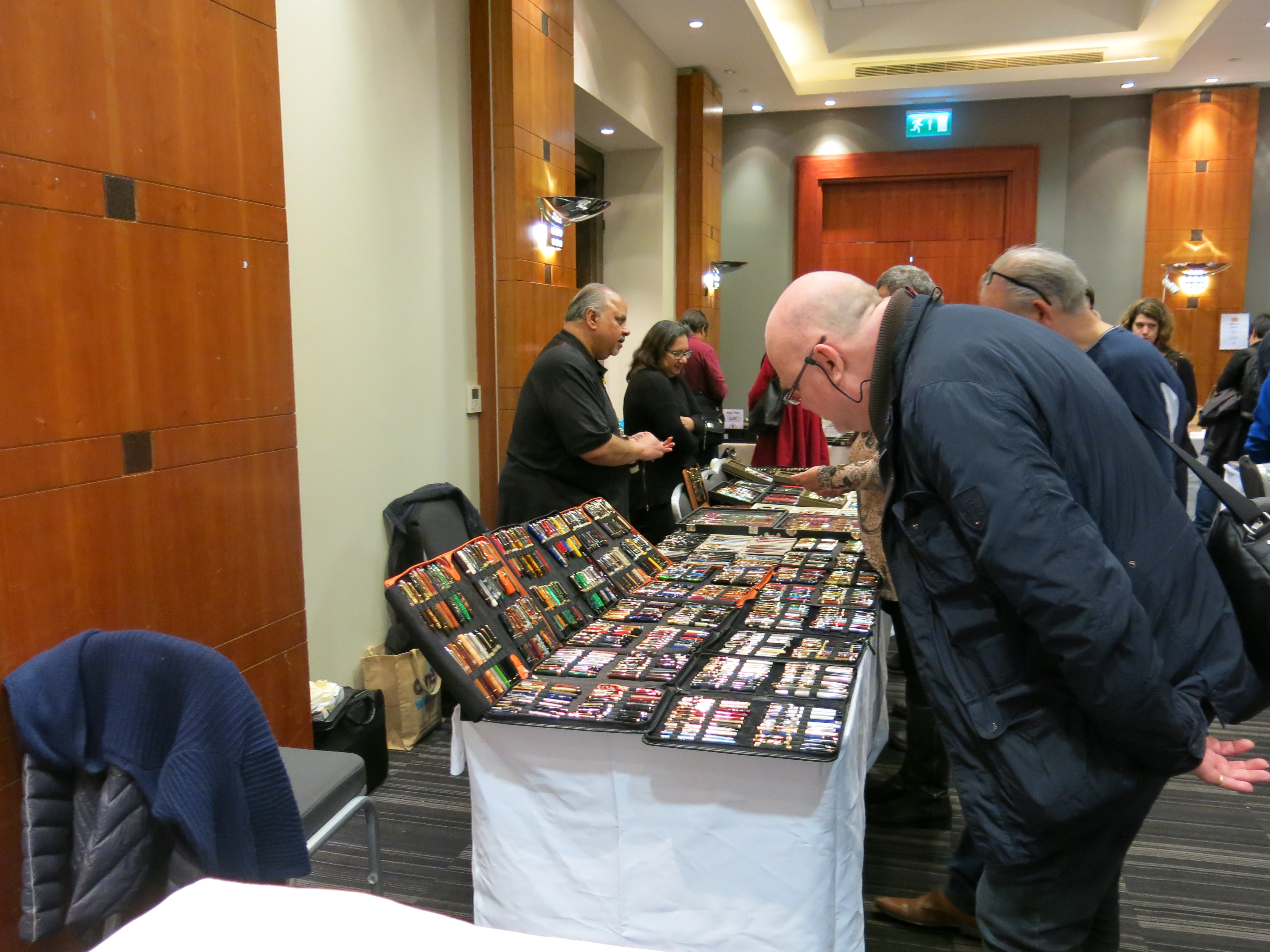 I’m sure Sarj could have spread further out … 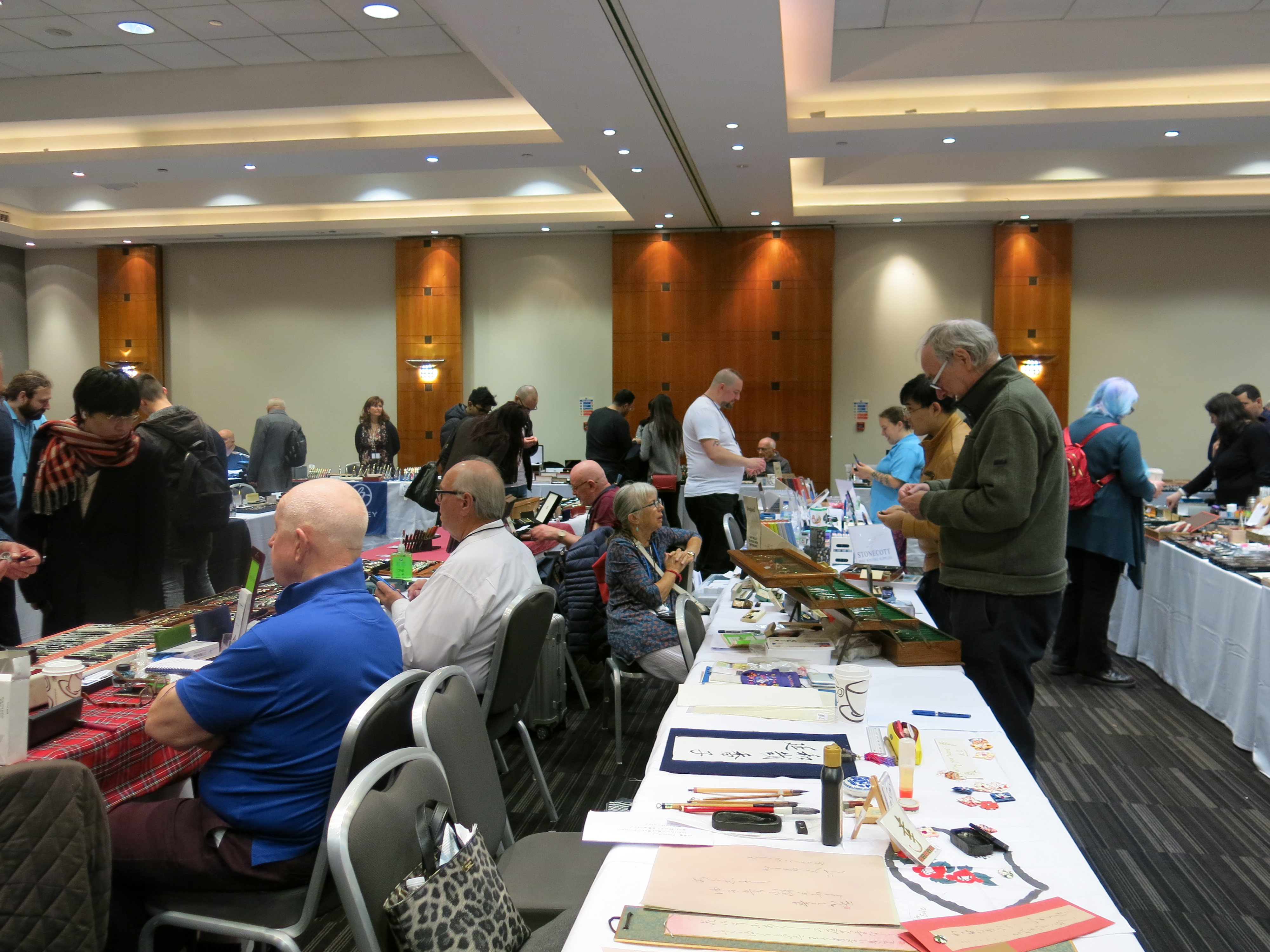 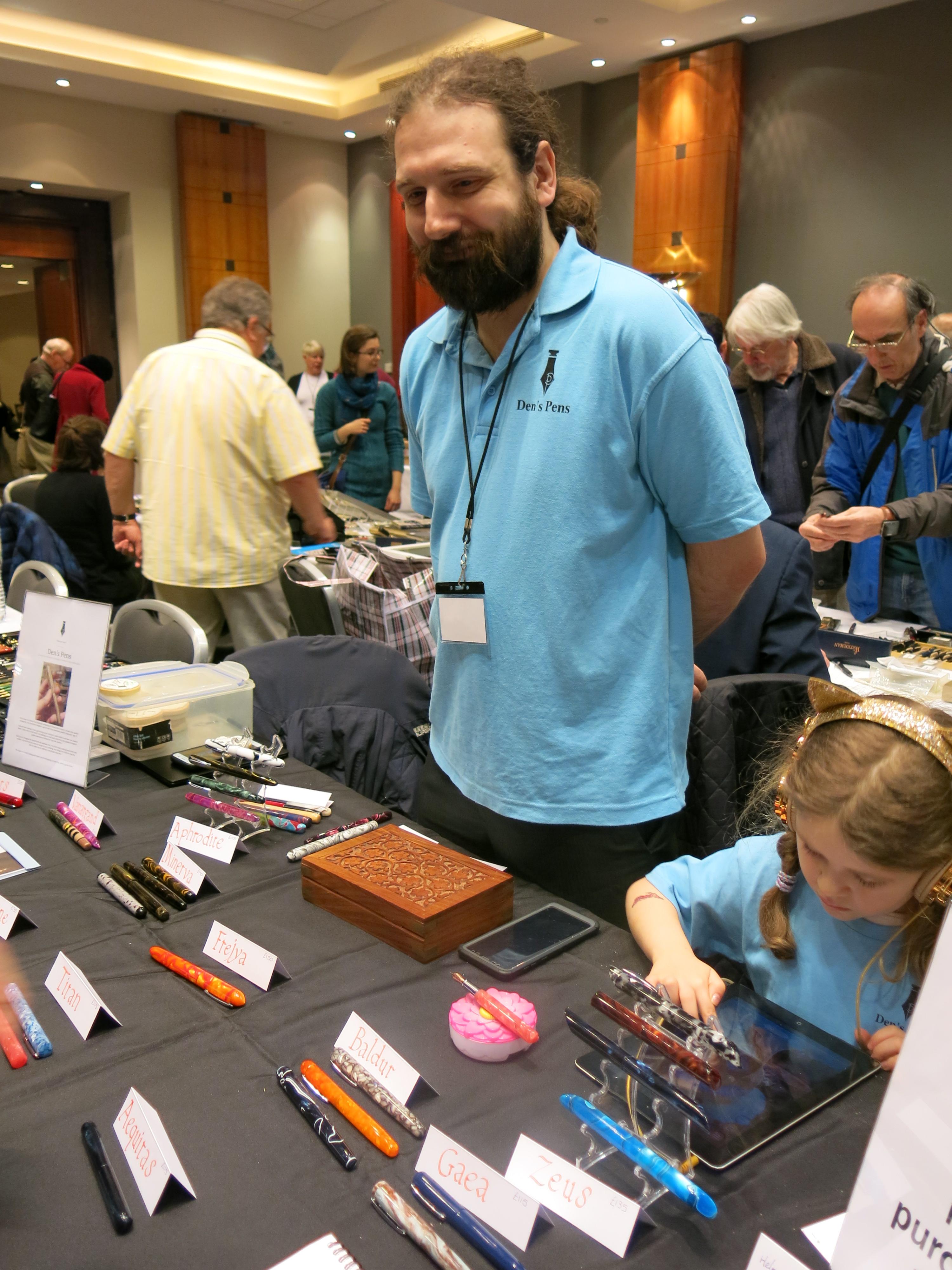 A new name to the pen maker world – Den only started commercially making fountain pens a year back. 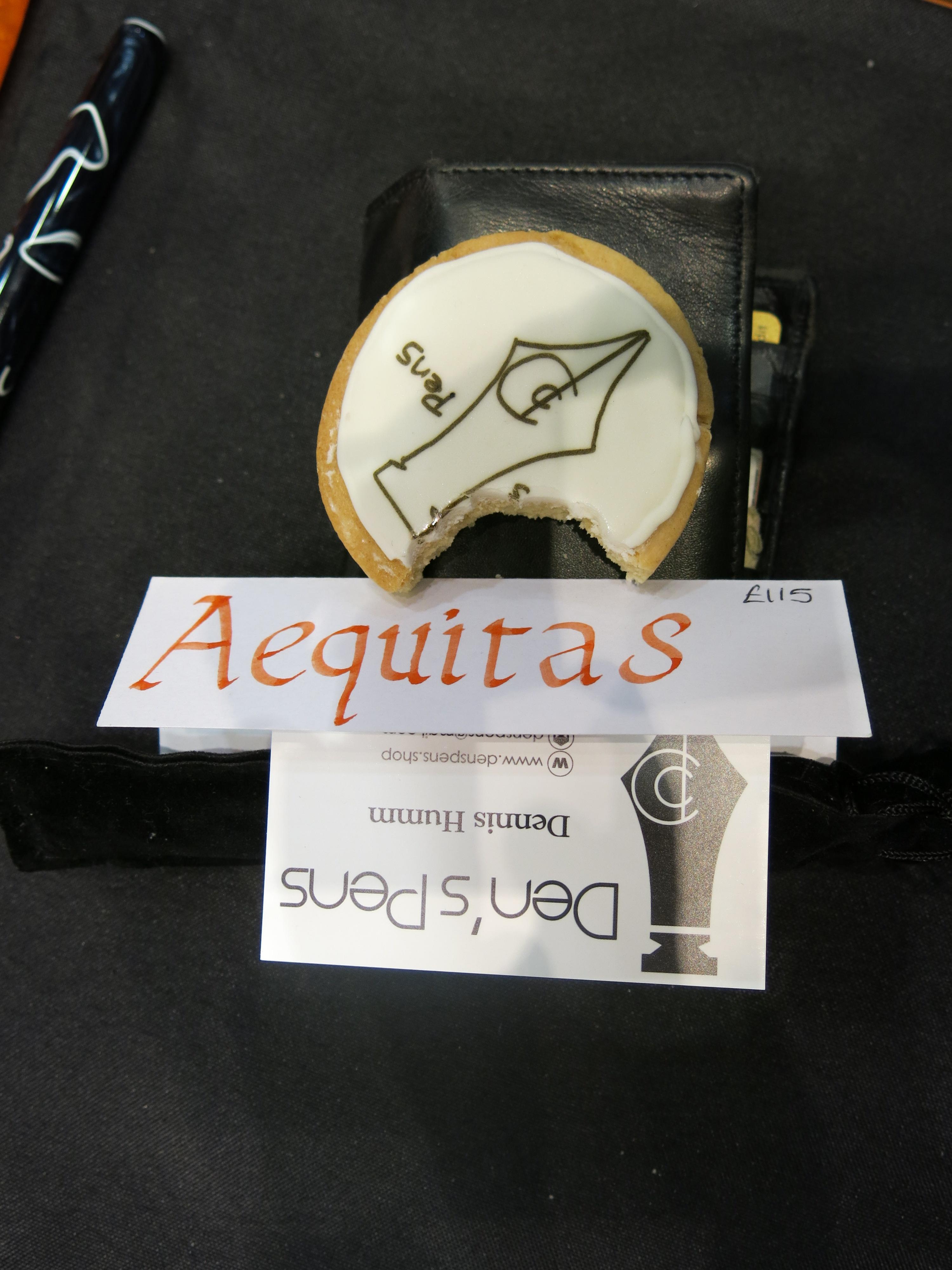 I decided the risk of infection was worth the cookie 🙂 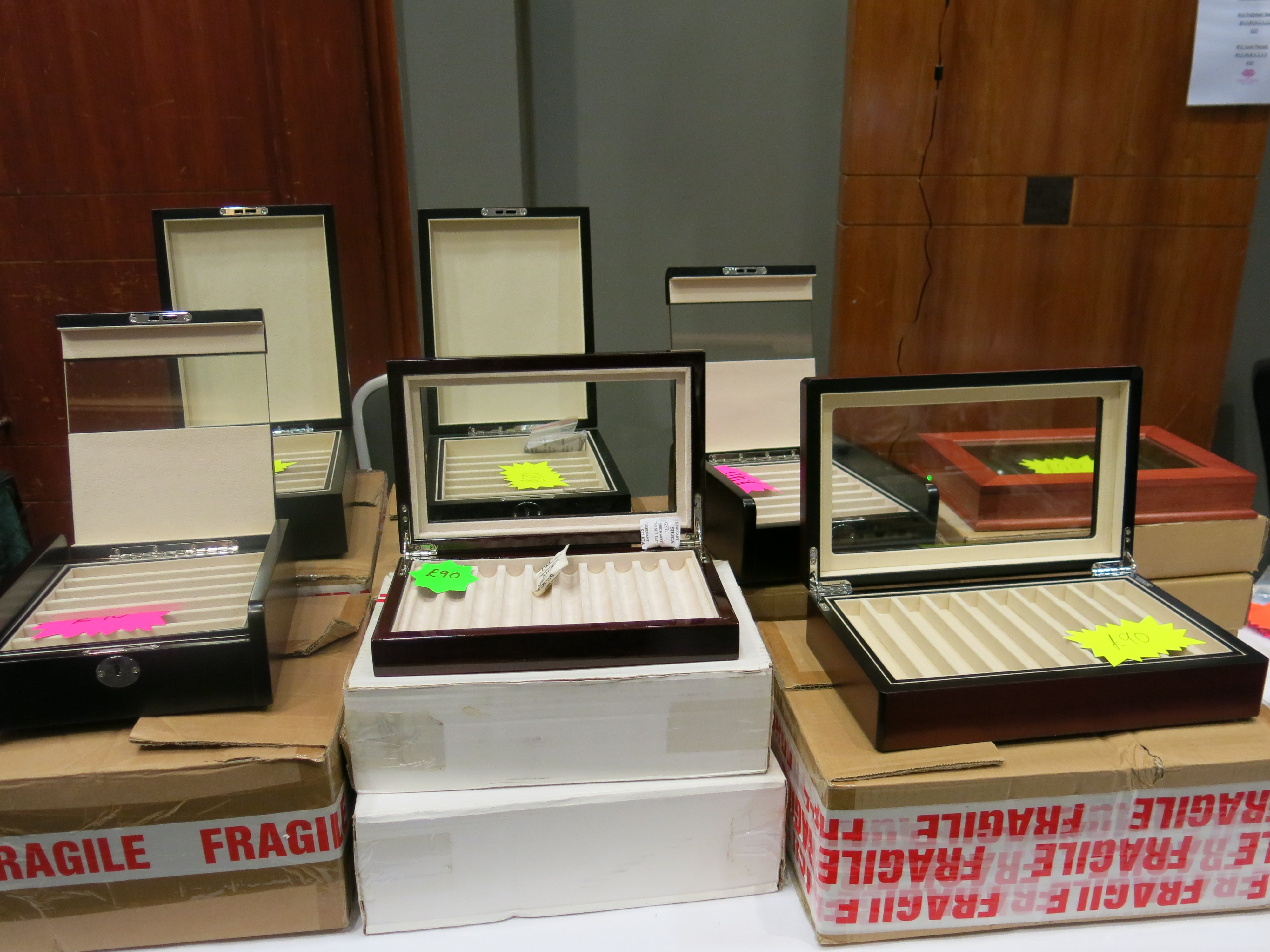 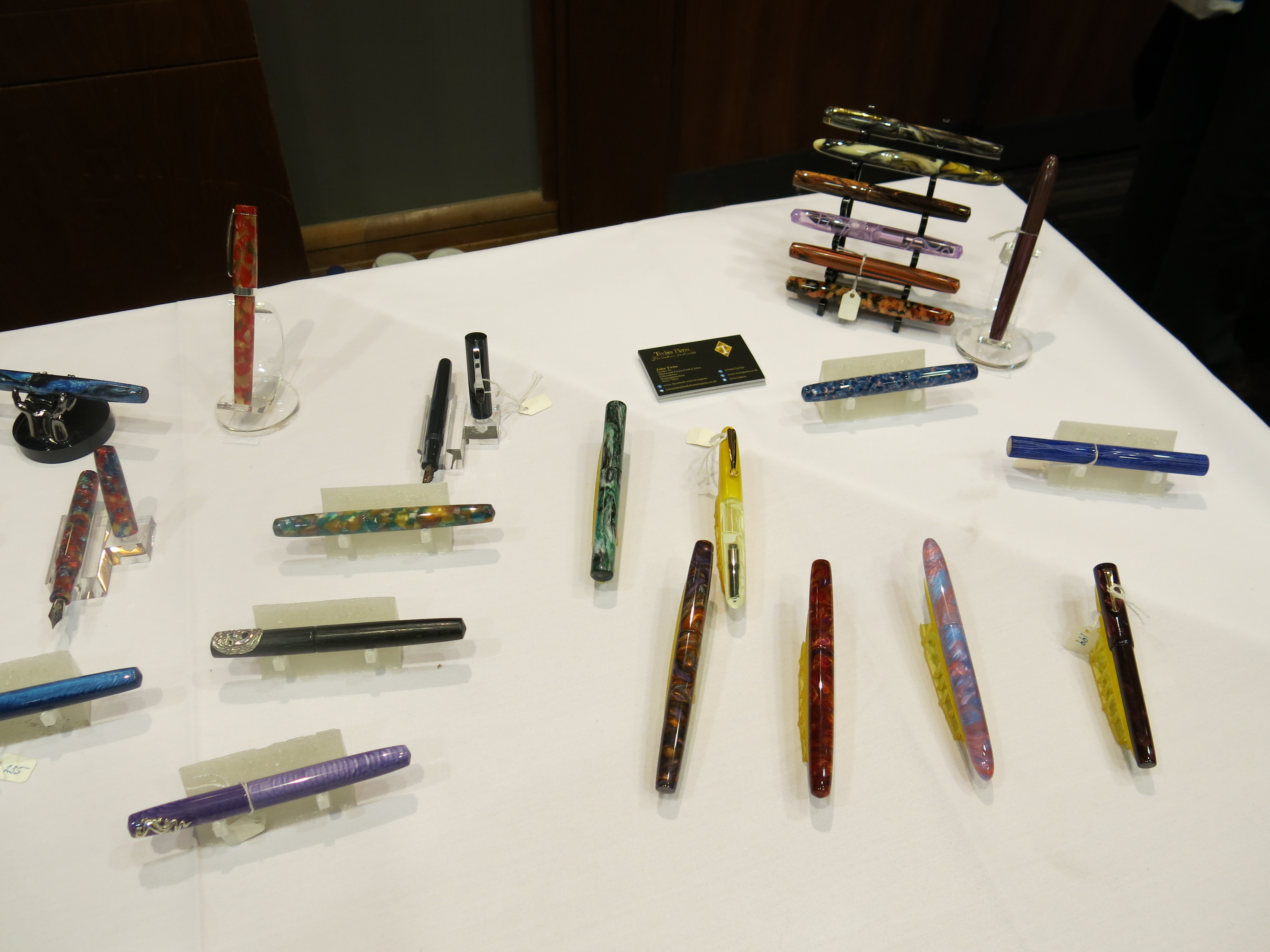 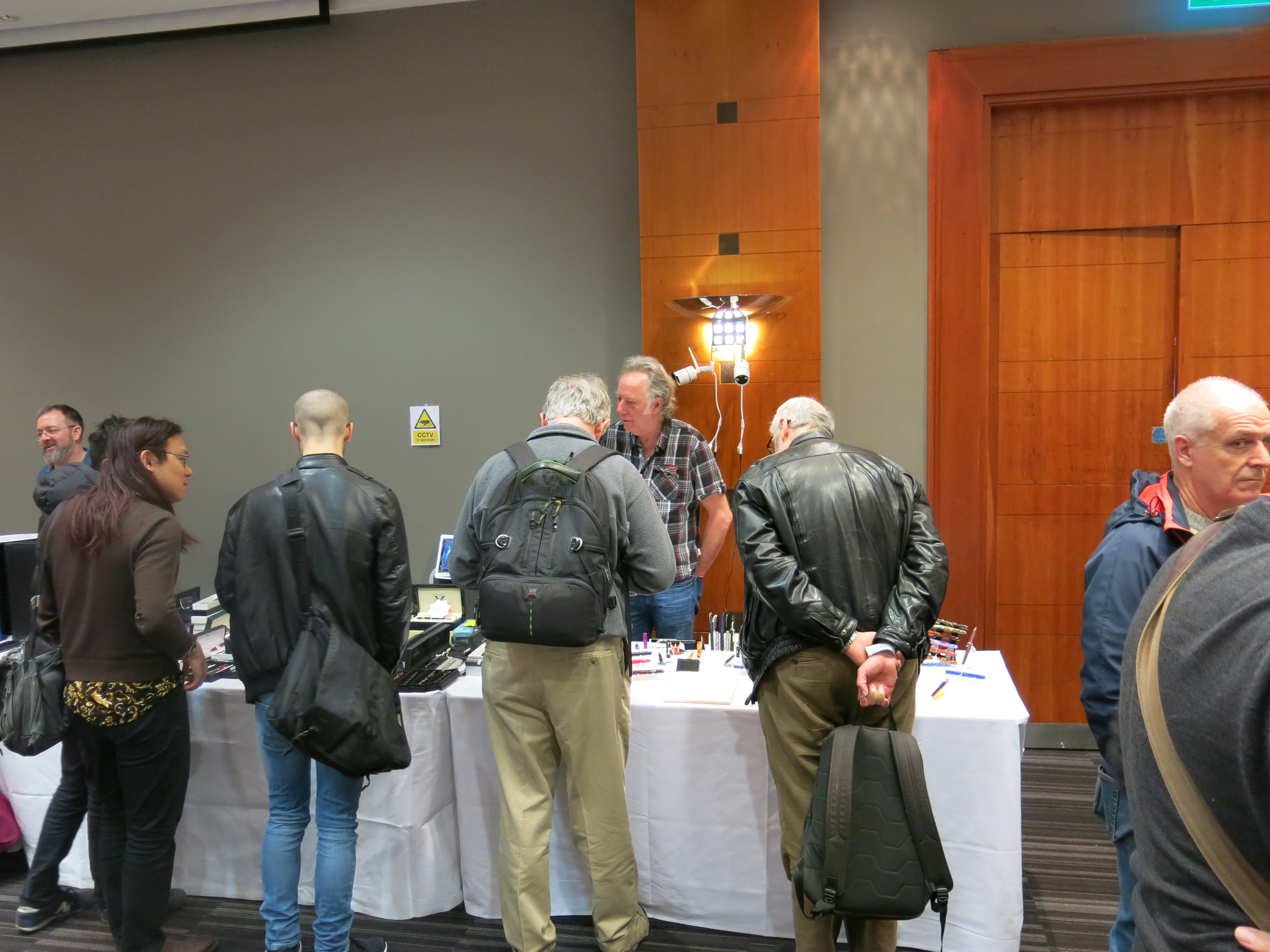 As found at various places around the show: 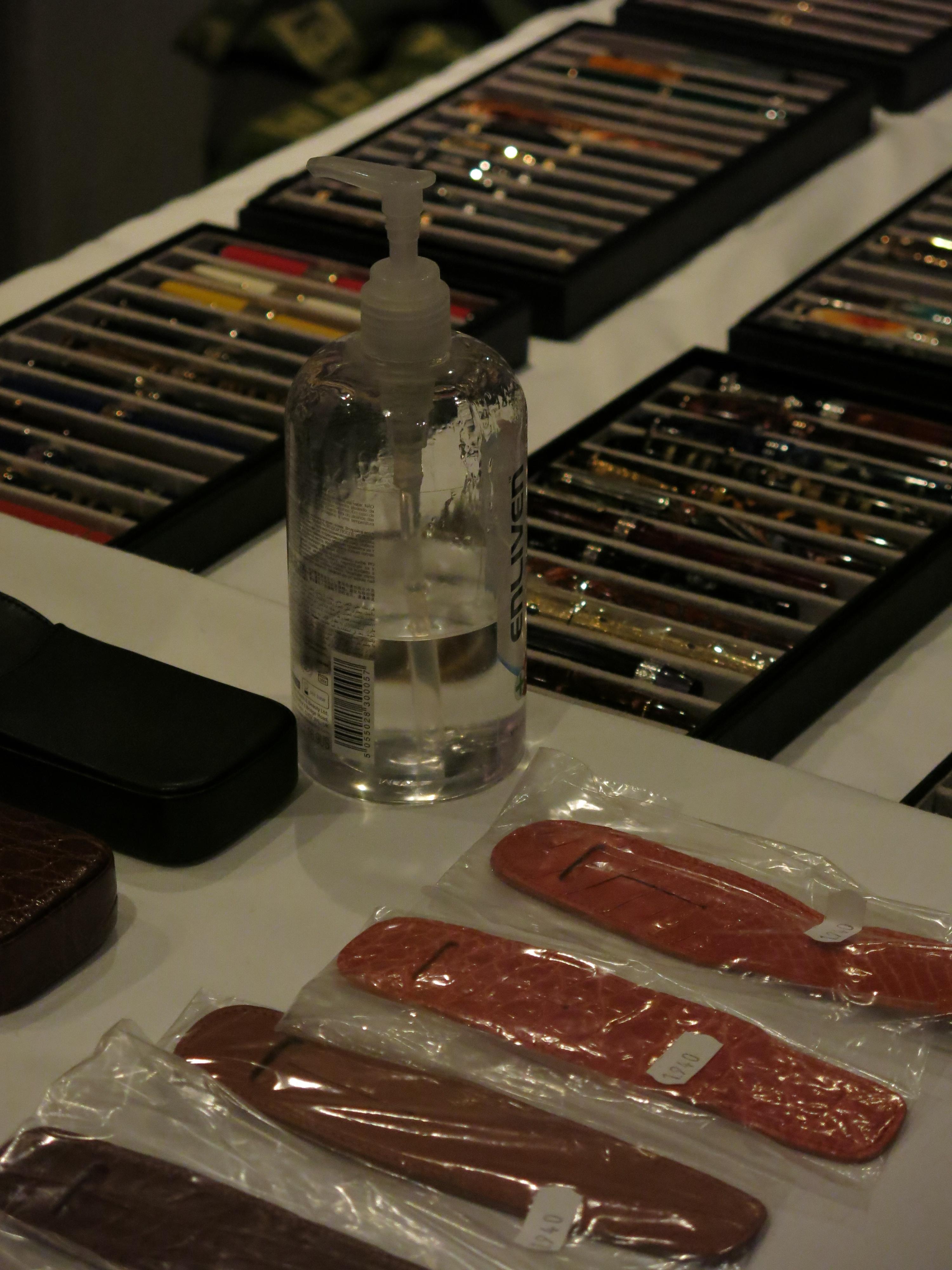 So what did I get this time. Not that much by my usual standards. 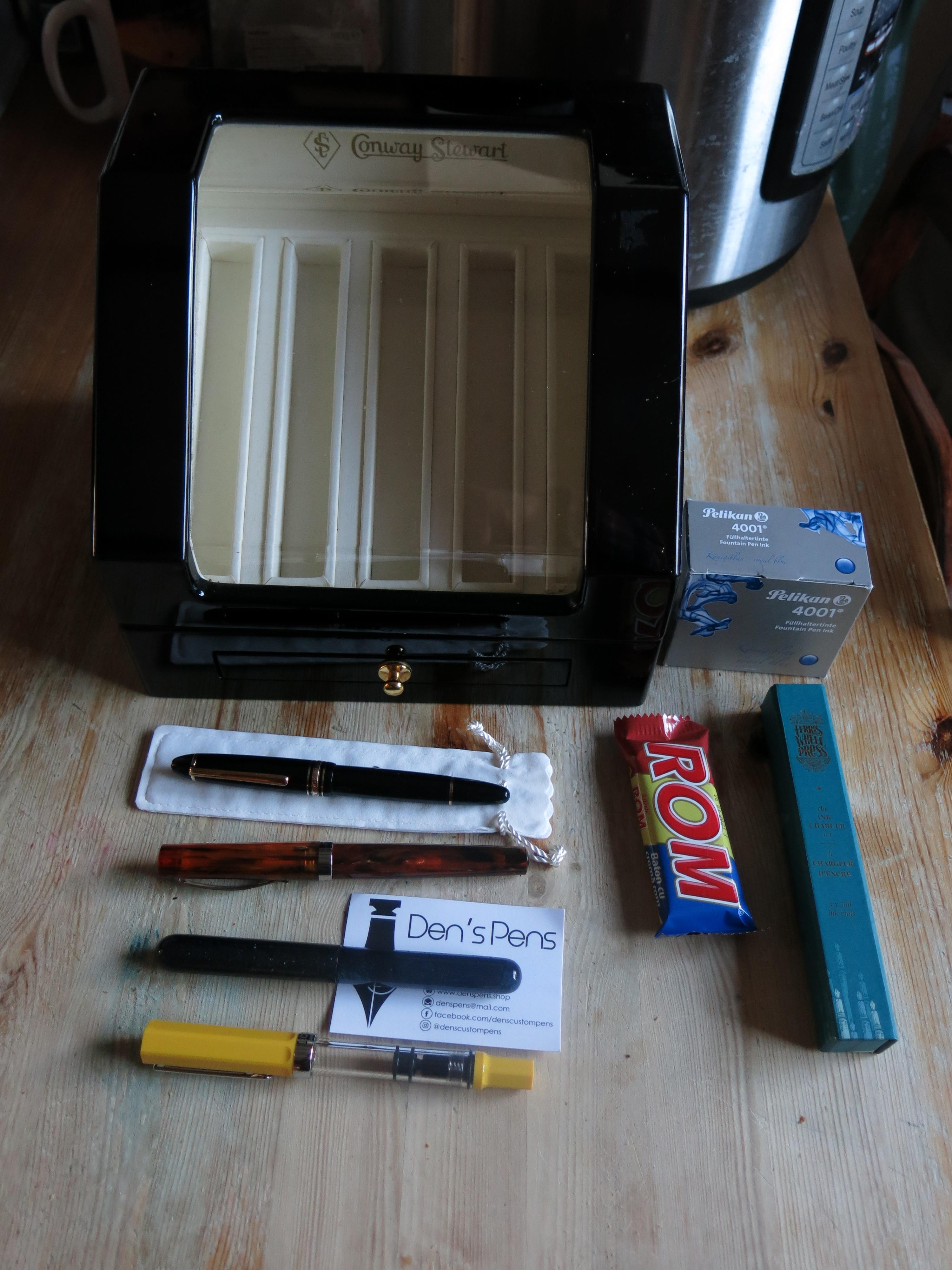 The long blue stick box is a set of samples from The Ferris Wheel Press company.